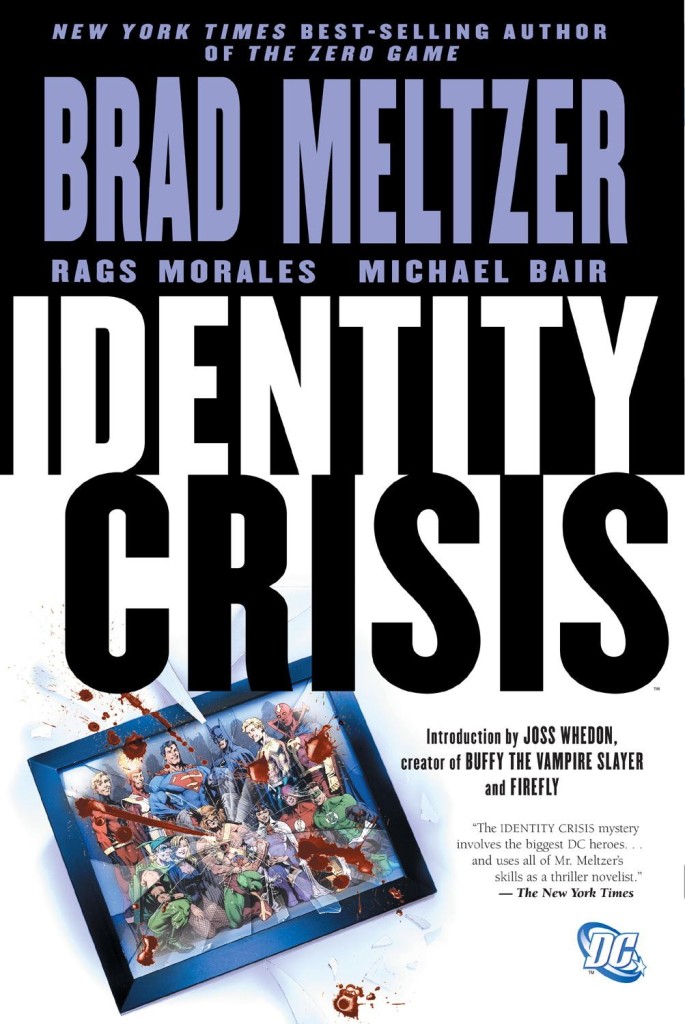 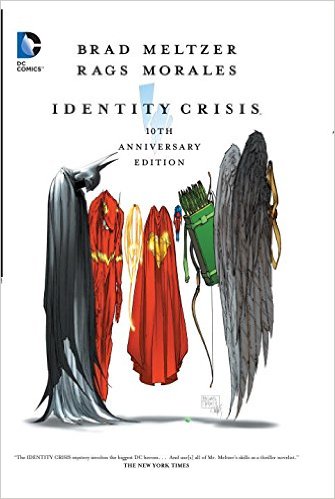 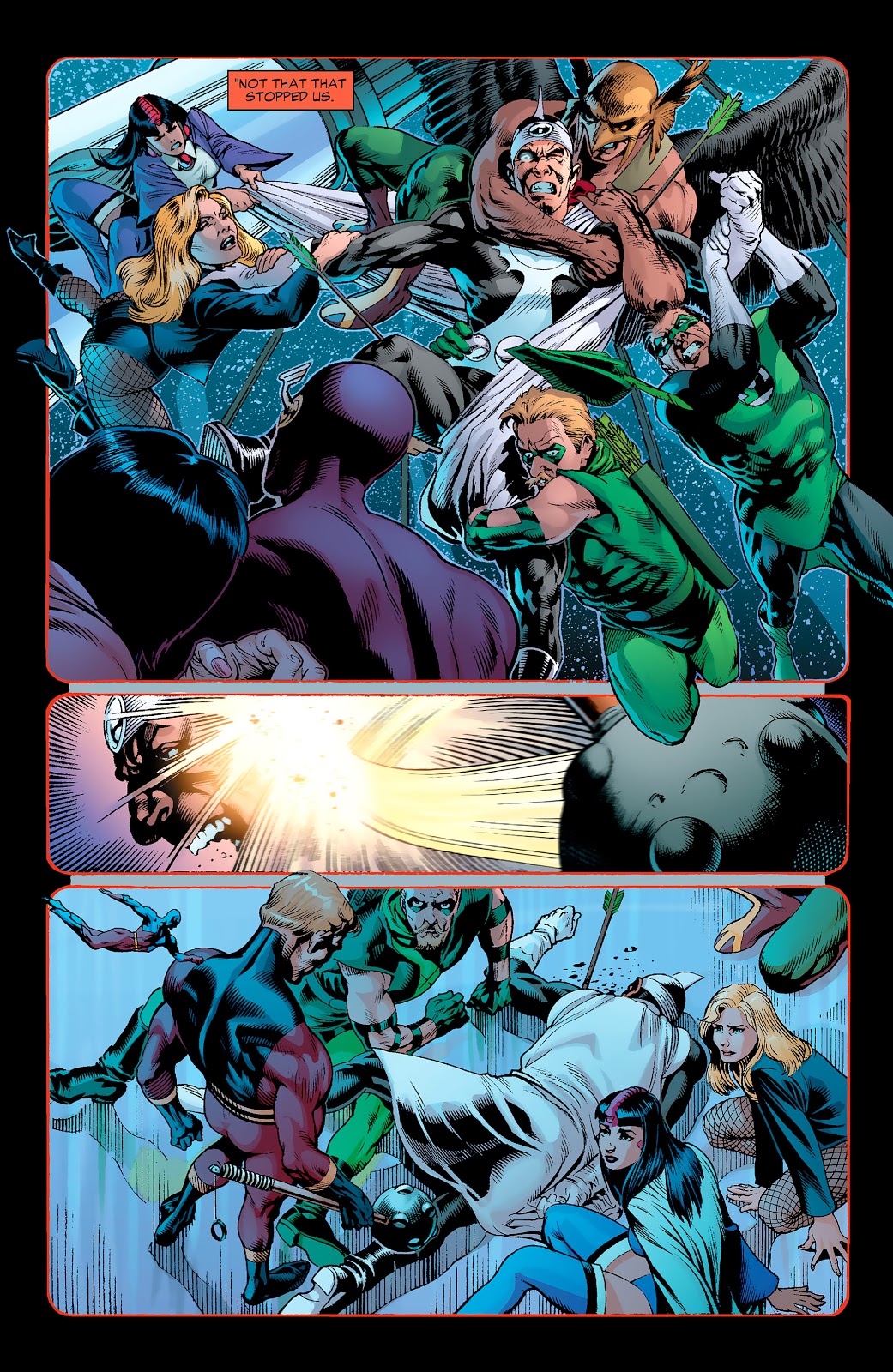 This story of the relationships within the Justice League is one of the most controversial series of recent decades, in part because of its treatment of a beloved character, but also because, in the final analysis, it fails spectacularly at being the murder mystery it presents itself as.

The Justice League and their associates are performing crimefighting business-as-usual and preparing for a celebration, when the murder of someone close to them is discovered. In the prefacing pages, and intermittently throughout the story, writer Brad Meltzer demonstrates a high degree of skill, and many enjoyable and accurate character insights. It makes where he heads with the narrative all the more repugnant and lazy, as he clearly has the ability to do much better.

The murder itself is unusually horrible, but the flashbacks to prior events, particularly the rape of the eventual murder victim, are presented with a lipsmacking lubriciousness quite at odds with the horror of such events. What’s equally offensive, besides the retroactive ‘darkening’ and victimising of a fun, amiable character, is yet another manifestation of  the ‘Blank Chick’ syndrome; the horrors perpetrated upon a female character are not presented at all in the context of their effect upon her, but simply as trigger events motivating the hero(es) to act in revenge; she’s not a person who suffers consequences, but merely a plot device. In this instance, events move the Justice League to brainwash not only an enemy, but, reluctantly, one of their own members who opposes the action.

There’s an interesting story possibility about the ethics of mental manipulation – is it therapy, is it assault, how far can or should you use forces like telepathy or magic or power-rings or random radio-isotopes like Superman’s “Amnesium” to keep the peace and preserve the good? Eradicating a villain’s memory of a discovered secret identity is one thing – but reprogramming an entire psyche, or mentally reshaping a friend who’s done nothing wrong except disagree with you – where is the line drawn among beings with such powers?

There is, as previously noted, an interesting story lurking – particularly given that from the 1940s through to the 1970s, Superman, Green Lantern, Wonder Woman and company blithely routinely mind-wiped villains, friends, and passing acquaintances of inconvenient truths without so much as a hesitant caption. Said interesting possibility, however, is buried under the ostentatious cries of RAPE! and CARNAGE! and ‘ORRIBLE MURDER! It’s Bizarro fan-fiction, set up determinedly to defile affectionate nostalgia with the monomaniac glee of a lunatic smearing excrement on the walls.

Furthermore, in terms of simple plot mechanics, it doesn’t work as a murder. The murderer’s motivation is ludicrous; to get what they ostensibly wanted, all they would have had to do is make one phone call – no villainous action needed. Meltzer clearly has the knowledge of the characters, which demonstrates he could not have been ignorant of this dynamic. The pivot of the entire plot is nonsense.

It’s a pity. The criminally-underestimated Rags Morales’ artwork is exquisite, and there is much to enjoy about the book, including the first – and to date only – demonstration of Deathstroke actually being as formidable as they would have us believe he is. The shoddily-erected internal logic of the story’s springboard, though,  just collapses in one long drawn-out self-important fart.