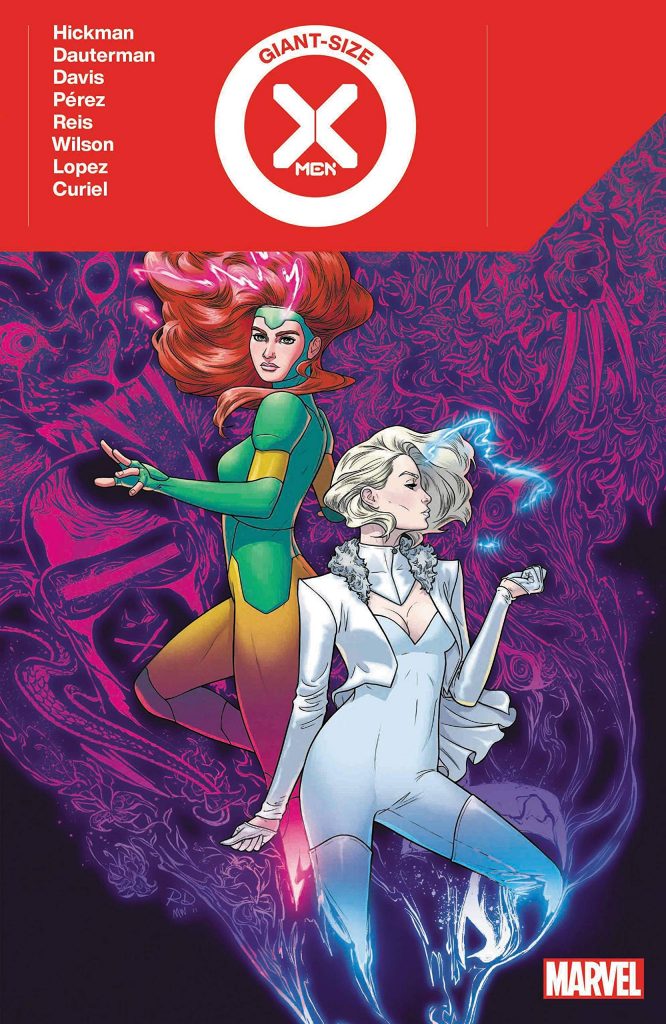 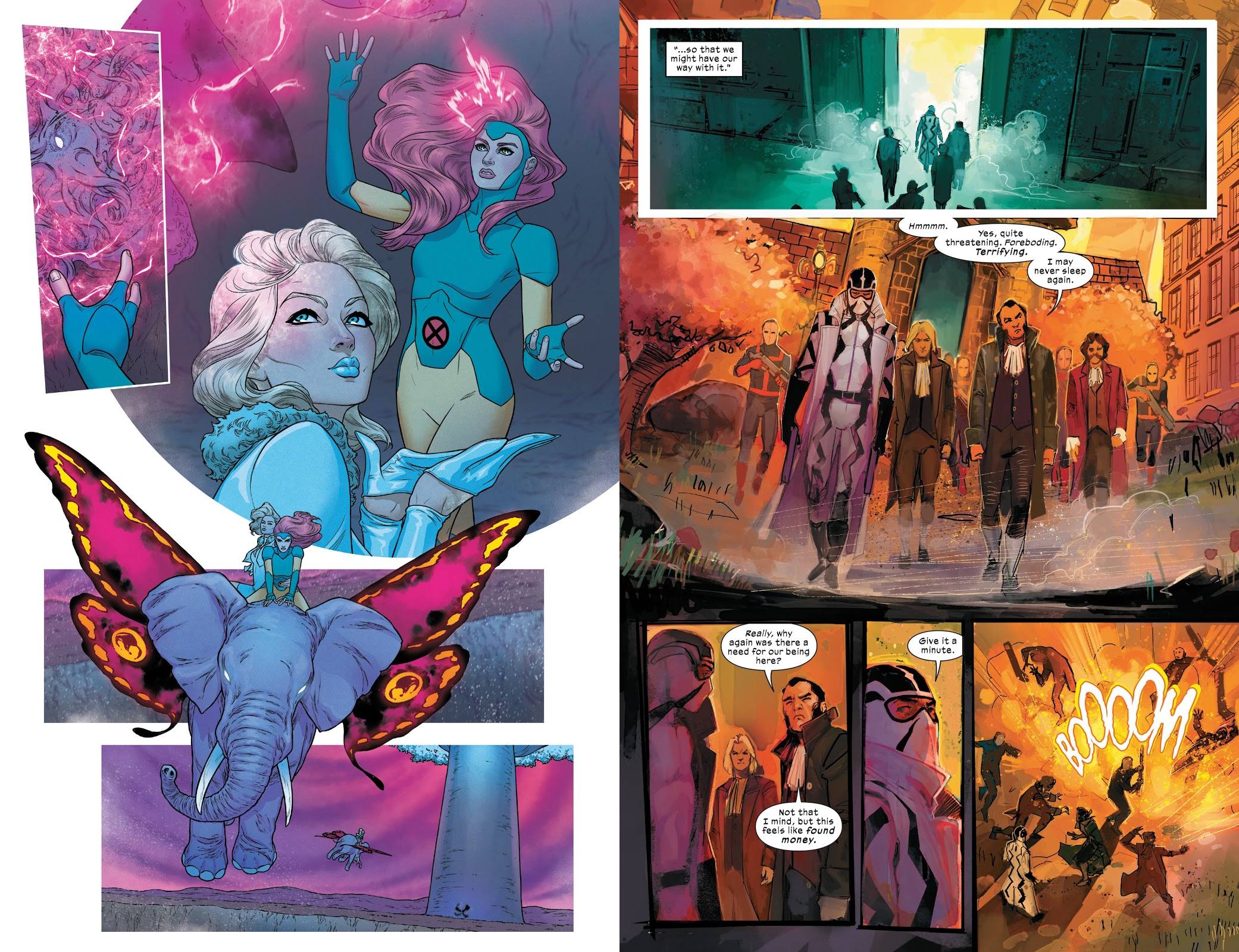 Giant-Size X-Men collects five stories about core X-Men by Jonathan Hickman that he was unable to tell within the relaunched X-Men titles in 2019. There’s a tissue thin connection between some that’s resolved in the final Storm spotlight, but these are otherwise standalone stories.

Storm’s continuity begins with her unconscious body discovered and placed in the X-Men’s healing chamber, after which the team’s two primary telepaths poke around in her head to discover what happened. It’s a largely wordless piece giving indications as to the respective trust Storm has for Jean Grey and Emma Frost as they work their way past her psychic defences. Slim and of seemingly passing interest to Hickman, the wonder is entirely in Russell Dauterman’s extraordinarily decorative art.

What’s headlined as a Nightcrawler solo is more of a team effort, which is a shame for the character’s fans, as he’s also been sidelined in the rebooted mutant titles. The return to the old X-Men mansion is perhaps setting up a story for another day, and perhaps not, but either way it’s another very ordinary story from Hickman. Alan Davis art, though, is always a comfort and joy.

Thankfully the Magneto story restores some of Hickman’s reputation. It features three characters very used to getting their own way, one from outside the current X-Men continuity despite an association, a monster unleashed and an enigmatic ending. Simplicity is again at the heart, but this engages and satisfies while Ramón Pérez conveys the beauty of an isolated island in the North Atlantic and the wildlife it hosts.

Rod Reis delivers more stunning art on the Fantomex story, which has him attempting to adjust something about the World. It’s a self-perpetuating artificial intelligence rather than the world as we know it, and Fantomex isn’t getting what he wants, so over the decades he leads familiar characters there as distractions in order to achieve his aim. While noting the Storm plot as the mild connection, it’s not the only one. Only Nightcrawler escapes heavy echoes of the game-changing X-Men stories Grant Morrison wrote, and the Fantomex piece explicitly recontextualises one of them, quite neatly and respectfully.

It leads into Storm’s story with Dauterman back on the art to produce his version of unreality. That looks nice enough in a less jagged Roger Dean type of way, but he’s not really stretching himself. And again, neither is Hickman. When the most innovative element is the good use of what might be presumed as a disposable extra there’s something wrong with the big picture.

Fans of the artists are likely to enjoy this more than fans of Hickman’s writing. There are brief moments of interest in every story, and Magneto’s appearance works in its entirety, but overall this isn’t the thrill it should have been.