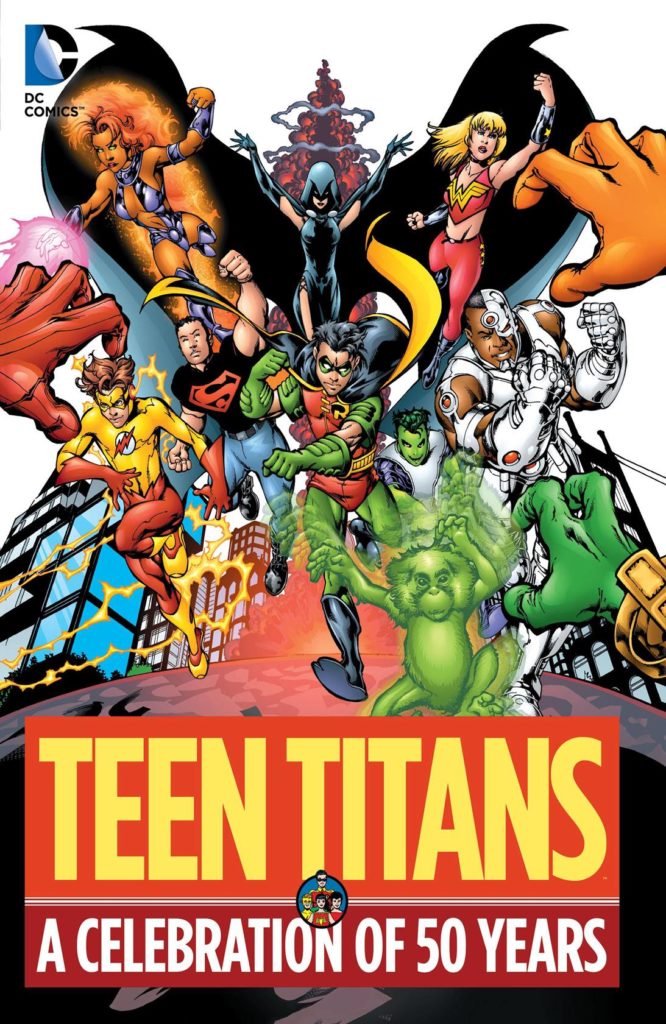 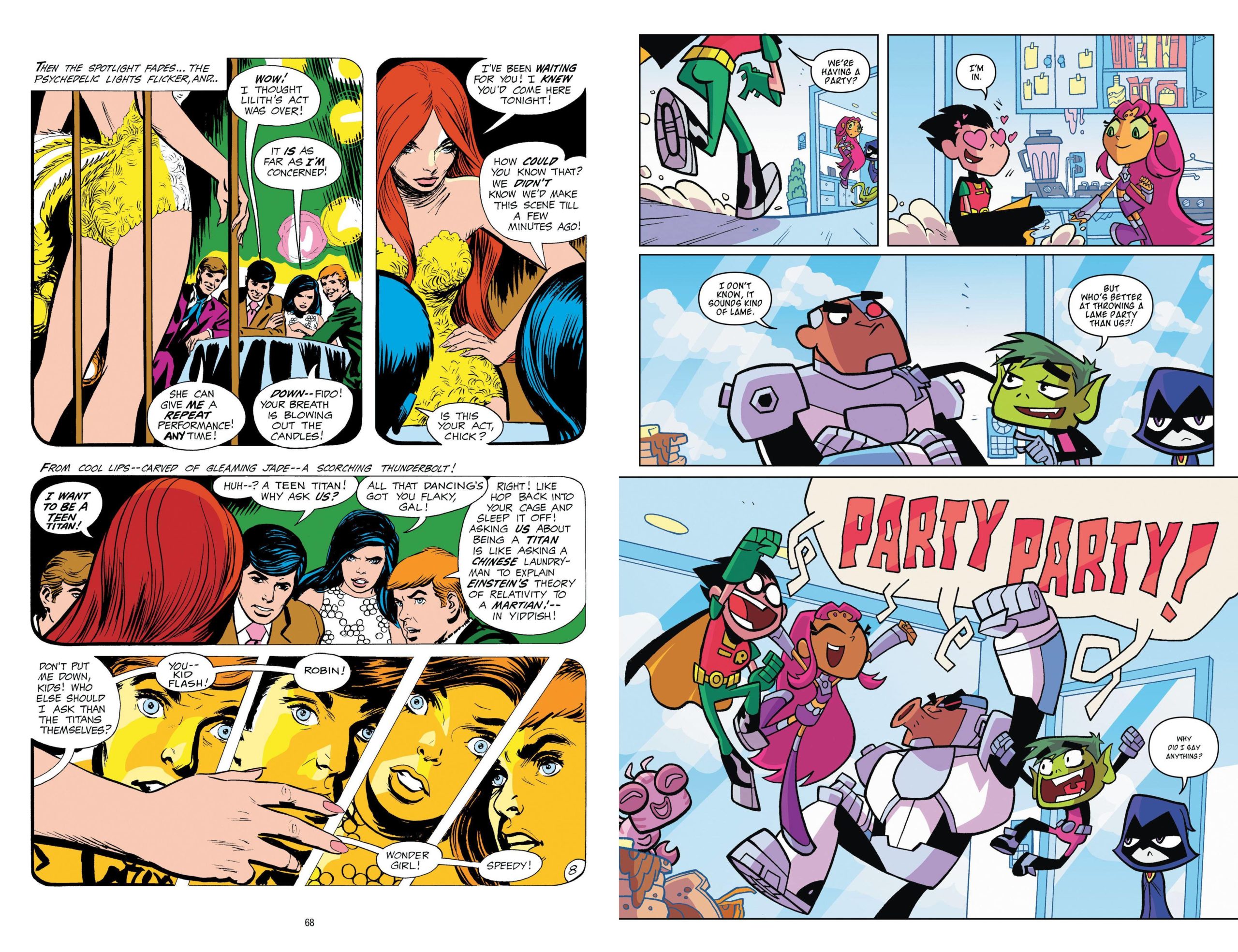 Beyond major Teen Titans fans, this collection may surprise by showcasing just how many incarnations the team has had through the years, also including a Young Justice outing, Teen Titans in all but name. The beginnings were a 1960s trial run teaming the teenage sidekicks of other DC heroes, presumably aimed at a younger audience. That theme proved short lived as the roster expanded through the years, but was restored in the 21st century via comics based on the successful Teen Titans Go! animation and a new younger readers identity as Tiny Titans, which close the collection. Nearly four hundred pages roughly break down into combining the 1960s and 1970s for the first quarter, the 1980s and 1990s each occupying 25%, and the 21st century the final quarter.

The story quality is variable, but the art is almost all good. George Pérez receives his due for the quality of his drawing, but there’s a virtuosity about Bruno Premiani, Nick Cardy (sample art left), and Mike McKone that goes unheralded. Their styles are less distinctive, but they’re the full package technically, and imaginative storytellers as well. To a lesser extent the same applies to Dan Jurgens and Tom Grummett, while Jorge Corona’s pages (sample art right) in the animated style are frenetic brilliance.

It may have begun a legend, but the 1960s and 1970s material hasn’t aged well. It’s the fate of any writing using up to the minute slang (or at least middle-aged writers’ ideas of it), plus which the broad strokes of adults not understanding teenagers allied to daft villains don’t help. The 1960s work is still better than the 1970s piece setting up a face off between two branches of Teen Titans.

Without Marv Wolfman and Pérez would anyone remember the Teen Titans today? In the 1980s they reconstituted the team in the close-knit family mold of the X-Men, and delivered a phenomenal success, represented here by three prime collaborations, and Wolfman working with Grummett on a further shocker. These still read well, particularly an attempt to tidy up Donna Troy’s background. From writer Dan Jurgens’ layouts Pérez also draws an all new Teen Titans, which meets the brief of including most line-ups, but it’s not up to the earlier or later material. Todd Nauck’s work on Peter David’s campfire tale and parental consultation hasn’t aged well, style prioritised over technique, and now looking very messy.

Wolfman and Pérez set the template for almost all following versions of the adult Teen Titans, and Geoff Johns exploits that well over two stories featuring almost completely different line-ups. He involves readers in the mysteries so well you’ll be hunting down the continuations of his contributions, and in McCone and Tony S. Daniel he’s blessed with two really good artists able to cover every storytelling nuance. The same can’t be said of Brett Booth on 2011’s relaunch, as he and Scott Lobdell move the Teen Titans into action thriller territory, but not very convincingly.

Strips aimed at younger readers closing the collection are far better crafted than some of the core iteration’s inclusions, and Amy Wolfram and Karl Kerschl also supply an amusing date chapter from their entertaining Teen Titans Year One story. As a round-up showcase of the Teen Titans over the years, this Celebration fulfils the remit of providing a fine sampler of the years.