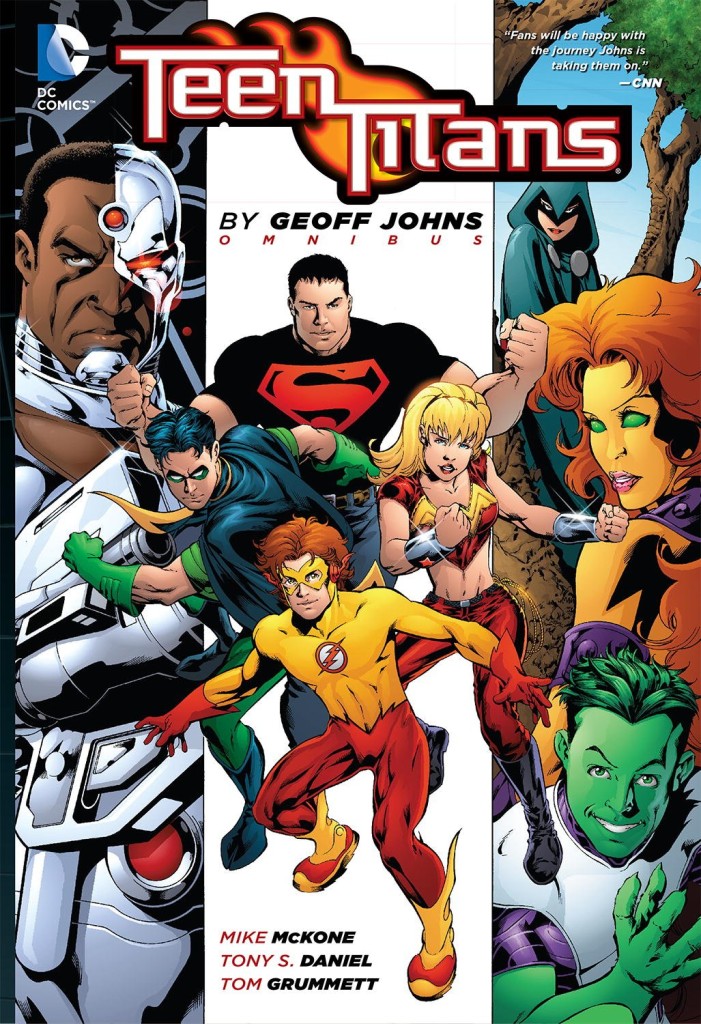 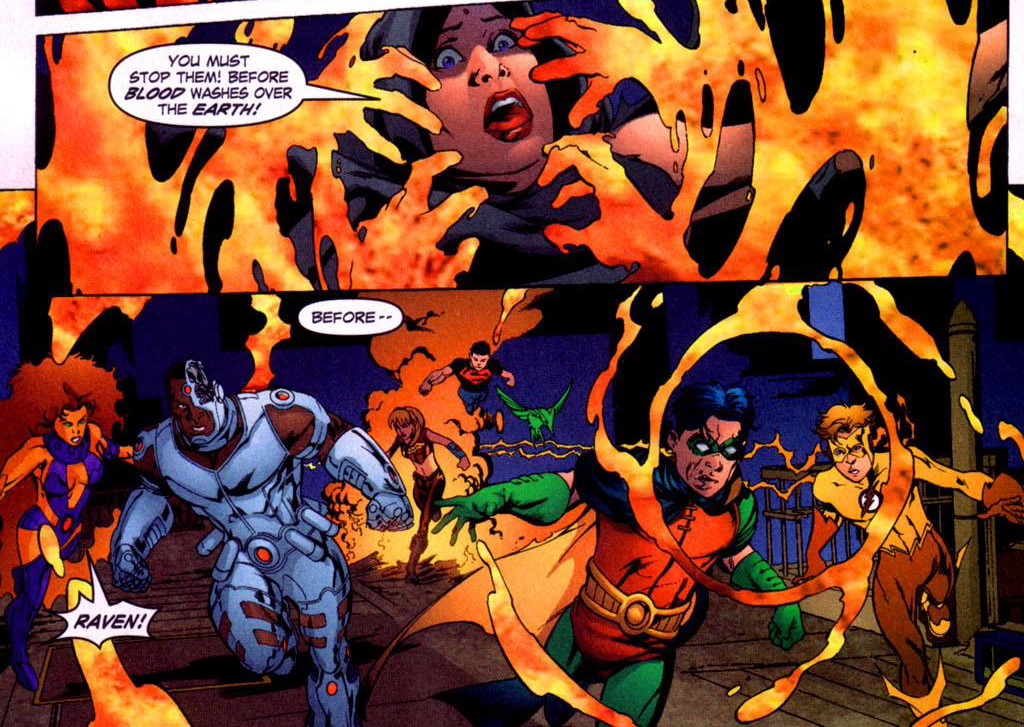 For over twenty years now Geoff Johns has been one of DC’s best writers. Almost any series he lays hands on has convincing characterisation, intriguing plots and clever twists generating a level of excitement in superhero adventure way beyond his peers. At his best he can take characters and casts long in decline and find something worthwhile within the concept. Aquaman is a prime example. There are flashes of that Geoff Johns on Teen Titans, but while never slipping into mediocrity, it rarely hits his peaks either.

The art is both more consistent and a higher quality, with Mike McKone, then Tony Daniel doing the heavy lifting. McKone is woefully under-rated, yet matches Daniel’s skills all the way in terms of page composition and characterisation. Of the other artists used, Peter Snejbjerg is always welcome, Tom Grummett a good storyteller, and Chris Batista then just starting out. Justiniano can draw, but his layouts don’t prioritise clarity. The remainder, most illustrating a single issue, only hit acceptable on the quality scale, and a couple fall below.

The plus points of the opening chapters include the decision to focus on a younger cast rather than re-boot the 1980s favourites yet again, although Cyborg features throughout and Starfire is initially present as a mentor. Throughout the series a theme that rarely fails (although see below) is a single issue focus on individuals, such as Kid Devil later on, while a decent early spotlight shines on each of the team members for a few pages.

The return of Raven results in a brief quality upswing, but that dips down again with an older tale of Beast Boy, written with Ben Raab, doing little more than filling pages. It precedes him as the contemporary centre of attention, which is only marginally better.

The best arc has the team visiting the future, meeting their older counterparts, and not liking what they’ve become. That’s followed by a brutal encounter with a revitalised Doctor Light, once treated as a joke. Those fond of Superboy should then stop reading.

A run of very average material afterwards has the occasional leap into promise, until the strip jumps forward a year. Introducing a new membership revitalises the feature, as does ageing the team a definitive twelve months, permitting a revamped Wonder Girl, and a level of tension supplied by new cast members whose loyalties may be suspect. This era kicks off with another highspot as the Titans meet the Doom Patrol, learn some things they’d rather not know, and battle with the dangerous Brotherhood of Evil. “Why is the entrance to the room behind a painting?” asks Wonder Girl as the Titans visit the Doom Patrol’s eccentric headquarters. “The chief hates normal doors”, replies Beast Boy, “he thinks you should have to work to get where you want to go. And that wasn’t any painting. That mural almost ate a city.”

That, though, is it for the highspots. The following story about rooting out a traitor begins well, but the art slips below acceptable to spoil the conclusion, and the tale of Titans East is filling pages. There is a charming, but slight coda from Johns and McKone to conclude the book.

There are a few stories not included in the individual paperback collections of this work, but they’re all brief and non-essential. Potential buyers should also be aware of a production problem causing art and dialogue to slip into the central binding. Considering this and the overall story quality, anyone interested is guided to the best material in paperback as The Future is Now and Titans Around the World.