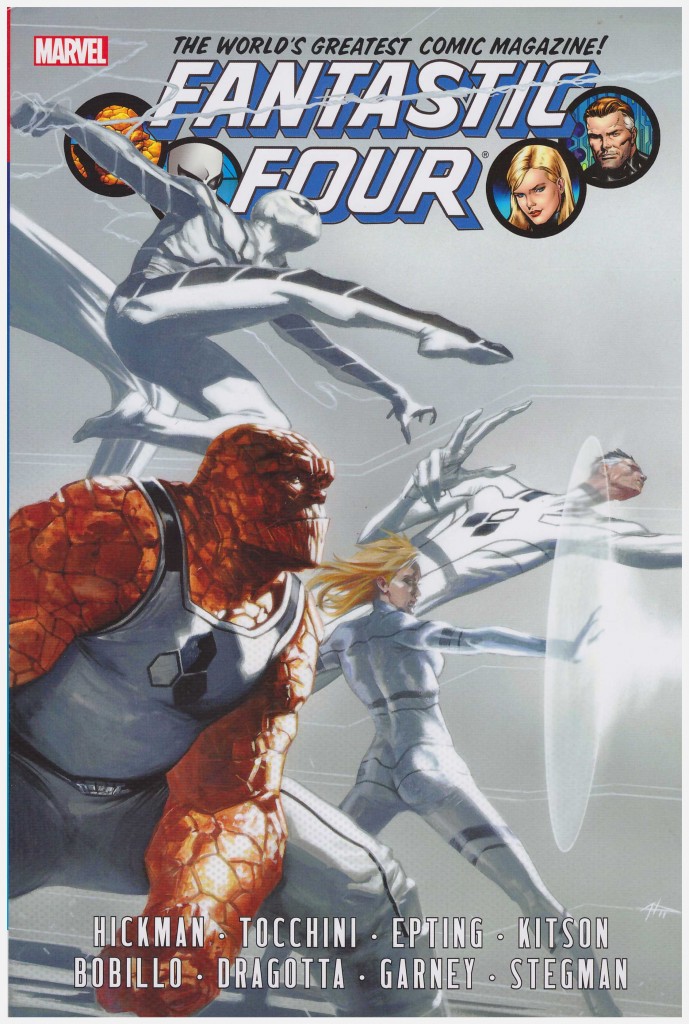 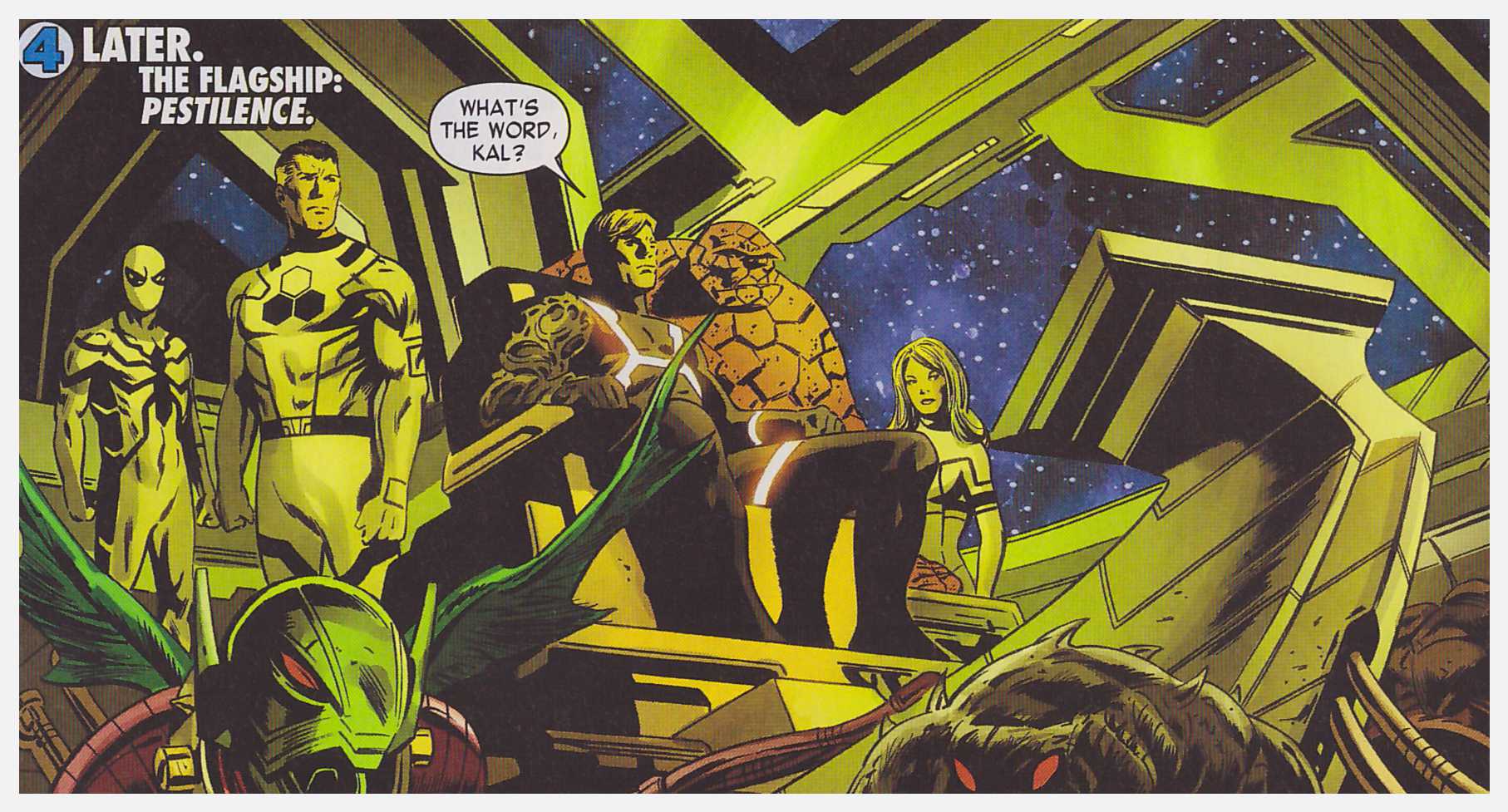 The previous omnibus collection of Jonathan Hickman’s work ended rather disappointingly with multiple plot threads still in play, and these aren’t addressed immediately, but when he does conclude them it’s a spectacular sequence occupying the middle third of the book.

As with the first volume, reading the chapters in big chunks is a far more satisfying method of consumption than either monthly comics or the shorter collections. It provides a glimpse into the scope of what Hickman is setting up in his major story arc, and how far back those seeds originate.

Hickman first diverts into events occurring centuries previously involving the Kree Empire, which resulted in the Inhumans, who then arrive to complicate the plot still further. When everything looks to be drawing together there’s a disappointingly mundane big battle with much remaining as you were, which is far from satisfying. Reading further, though, one arrives at the real conclusion, which is nothing short of spectacular and surely conforms to the expectations of all who’ve been following the plot.

It involves, Galactus, the Inhumans, the Kree, not just one, but two invasions of Earth, the Celestials, the four cities introduced in the previous volume, the Avengers, a dramatic return, Doctor Doom and even more. Steve Epting and Barry Kitson deliver suitably grand art, and even a really poor showing from the usually reliable Juan Bobillo doesn’t drag things down. This ten chapter middle portion of the book, is seat of the pants gosh wow stuff with some extremely clever plotting. Another page, another stunner, and overall the best run of issues Hickman produces on what will be remembered as among the best runs on the Fantastic Four.

In one aspect, though, this collection falls well short of its predecessor: there’s a lack of artistic continuity, with fifteen pencil artists involved over 31 chapters. Even subtracting three who contribute shorter sequences that’s still hardly a model of consistency. Nick Dragotta’s reward for illustrating more than anyone else is to have a lot of his work credited to Giuseppe Camuncoli

After Hickman draws to a close what he’d built up to for three years the content is variable, although admirably varied. There are a couple of very good concluding chapters, but while not universally applicable, there are far more good moments than completely compelling stories.

The material here can also be found in paperback collections Fantastic Four by Jonathan Hickman volumes 5-6, and FF volumes 2-4, but a benefit of this presentation is that chapters from alternating titles follow each other in the original publication order of the comics. Events from Fantastic Four are informed by what occurs in FF and vice-versa, and the paperback collections individually only provide part of the story.