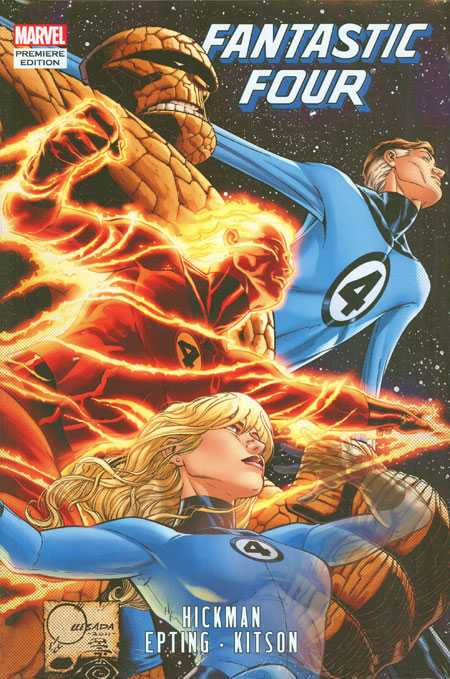 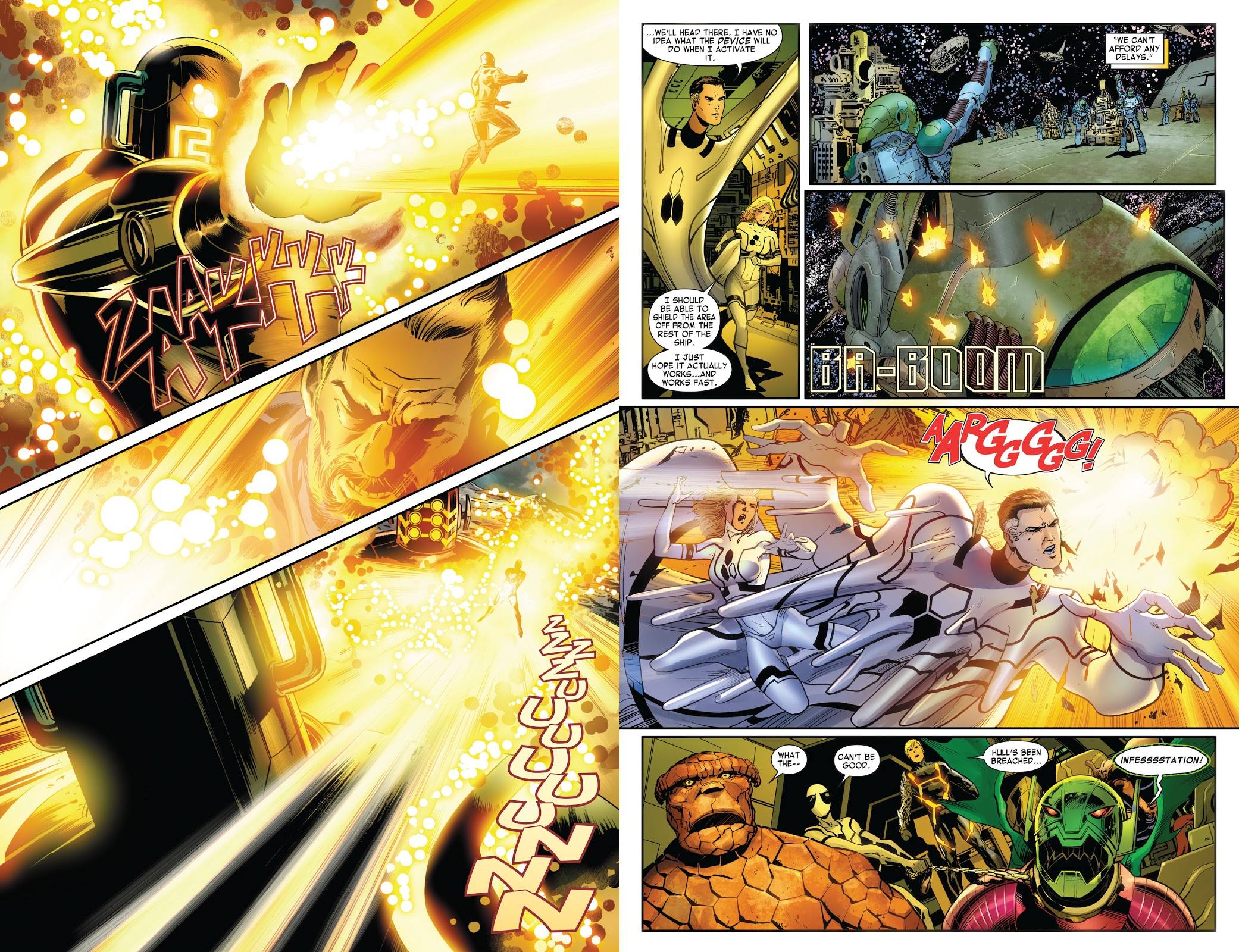 The short review is that everything comes together, it works, and you can again believe this is the world’s greatest comic magazine.

FF volume 2, which precedes this collection, was the first written by Jonathan Hickman to disappoint, which is not a criticism that can be levelled here. The problem with FF volume 2 was that after such a protracted build-up, it appeared to be drawing everything together and then failed to deliver. Was it intended as the appetiser for events here? If so, it was misjudged, but this volume more than compensates. Without divulging specifics, every time there’s an assumption that all the players are in place, Hickman cranks up the power levels.

At an early point in the proceedings portions of the Baxter Building are transported to Latveria, and from this stage the events of FF volume 3 run concurrently. While this can be read independently to no detriment, an extra layer of understanding comes from reading that. Book publication actually damages the continuity provided by the original publication of an issue of Fantastic Four being followed by an issue of FF, and this alternating method is used when the story is published in Fantastic Four by Jonathan Hickman Omnibus volume 2.

Artist Steve Epting, elsewhere known for providing human moments and down to earth superhero action here delivers cosmic on an epic scale, but the prompt is supremely human. It stems from Reed Richards’ pride in believing he could rectify everything wrong with Earth, and his subsequent decision that to sacrifice love was too great a price to pay for an agenda of improving the multiverse. These elements stretch back to Hickman’s first Fantastic Four stories three years previously, and play out well as carnage surrounds the FF.

Before all that there’s The Return. Since the 1990s there’s been an ever-increasing cycle of superheroes ‘dying’ only to be resurrected somewhere along the line. This marketing led cynicism surely now fails to convince all but the extremely dull-witted, so the question becomes not if the character may return, but when they will return. And in the chapter originally published as Fantastic Four 600, it’s welcome back to the Human Torch. It’s delivered in novel and dramatic fashion, instantly drawing a plotline to a natural conclusion in an unexpected manner. His return supplies two inspirational punch the air moments, and a chapter drawn by Carmine Di Giandomenico details how his time passed in the Negative Zone after his apparent demise. It’s well placed and deliberately teases the readership who on one hand want to know how Johnny Storm not only survived, but arrived at the point of his return, but on the other are caught up in the ongoing chaos.

Another interlude is a charmingly illustrated piece by Farel Dalrymple showing how Franklin Richards and Artie spend their time in the universe he created, and the way this ties in with the later finale is plain brilliant, the dreams of childhood saving everything. The Barry Kitson drawn chapters (sample right) don’t quite match Epting, but an interlude delving into Medusa’s changing relationship with Black Bolt is dull and padded, with the painterly art of Ming Doyle not helping. It’s only seven pages, though.

There’s a final point to be addressed. Those who’ve read all Hickman’s Fantastic Four to date will be amply rewarded. They’ll join the dots, and catch passing references to previous events or conversations. Those coming to this volume alone will pick up a pretty good story lacking the richness and depth others are experiencing. 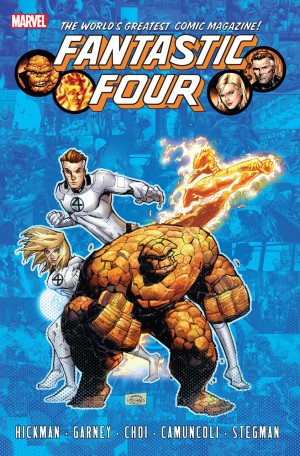 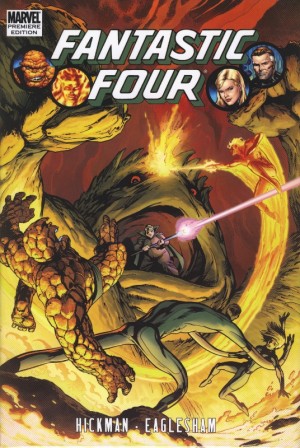 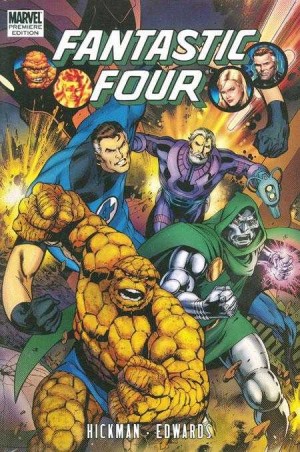 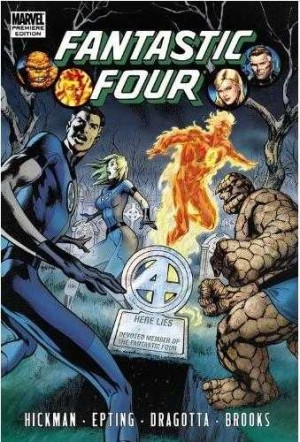