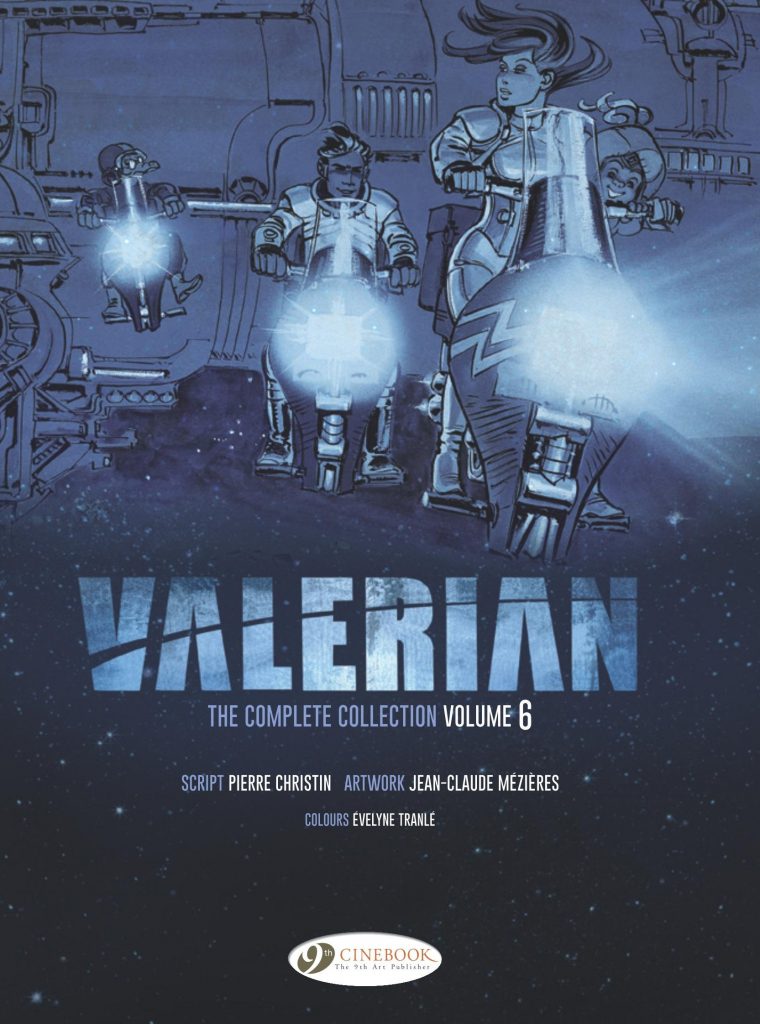 In The Complete Collection 4, Pierre Christin and Jean-Claude Mézières connected four stories to provide Valerian and Laureline’s best run, after which quality became uneven, exemplified by this content dropping from the almost sublime to the deliberately ridiculous.

It’s not quite the best Valerian and Laureline story, but The Hostages of Ultralum is certainly a contender and unlike the other contenders it has the advantage of being complete as a single volume. It exemplifies the best qualities of the series, being a cracking and creative science fiction adventure with a smattering of social commentary that doesn’t overwhelm, and introduces new concepts to Valerian and Laureline’s world. Christin’s notably good at introducing biological alternatives to what would be machines in other science fiction. Ultralum is the fuel that powers the galaxy’s spacecraft, and the Grand Caliph of Iksaladam oversees a lot of it, making him a very wealthy man, and also a target for kidnappers, who end up with his son, the Caliphette, and also with Laureline, whom they mistake for his guardian. The mischievous Caliphette treats his abduction as an adventure.

If The Hostages of Ultralum ranks with the best of Valerian and Laureline, the all too trivial Orphan of the Stars is among the also-rans. For good reasons at the end of the previous story, the bratty Caliphette of Iksaladam still accompanies Valerian and Laureline, but well overstays his welcome in what’s an unsuccessful mixture of slapstick, parody and self-indulgence. It’s been the case when Christin is lacking inspiration that Mézières picks up the slack, but beyond a tense opening chase scene he’s professional without being memorable.

He perks up for In Uncertain Times. Very unusually, it thrives on recycling elements from earlier stories and returning characters from them, and Mézières patently enjoys drawing them. In other hands the sheer volume of reappearances might overwhelm a plot, but Christin’s so adept at making sure everyone has a legitimate part to play they never stop the flow. The thrust is whether or not big business can really have become infested by the devil, which works its way to a fine conclusion solved in a way only Christin would manage. Although standing alone, In Uncertain Times also supplies an important piece of information leading into the three volumes concluding the series, gathered in Complete Collection 7.

As is the case for all these collections, a number of articles by Valerian and Laureline expert Stan Barets complete the package. In one he mentions that over a hundred alien races are named over the series, with Mézières designing a considerable percentage of them and noting that he enjoyed that far more than drawing a bazooka. In case you’re wondering, information traders the Shingouz are the aliens who make the most appearances, seen into two of these three adventures.