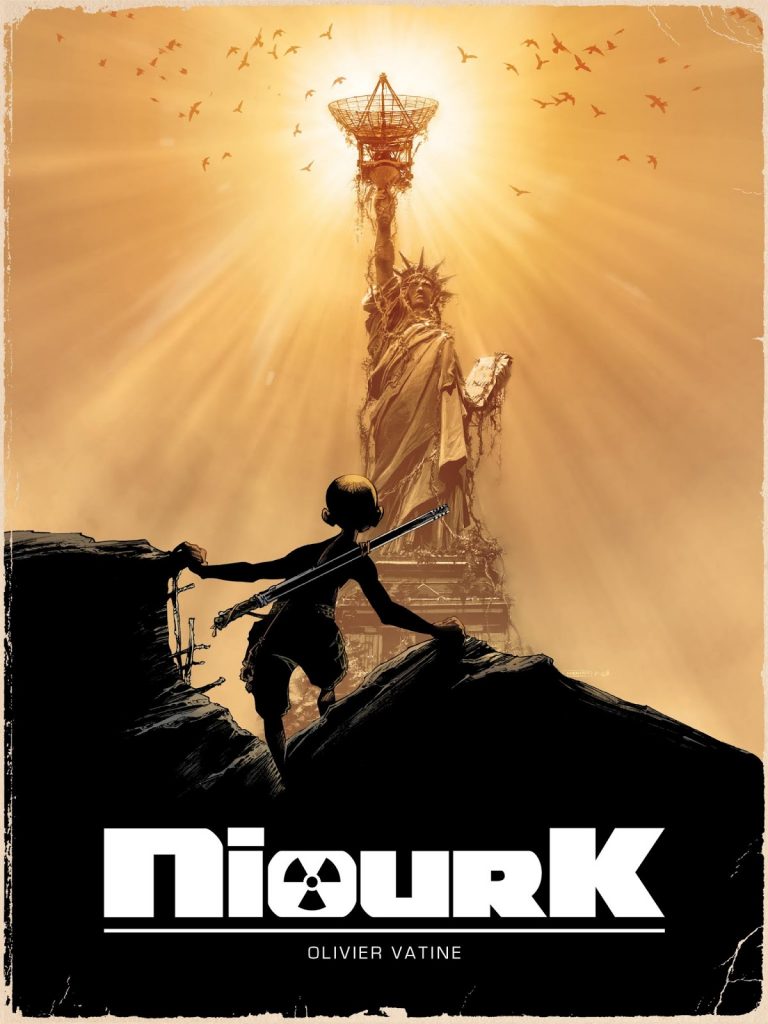 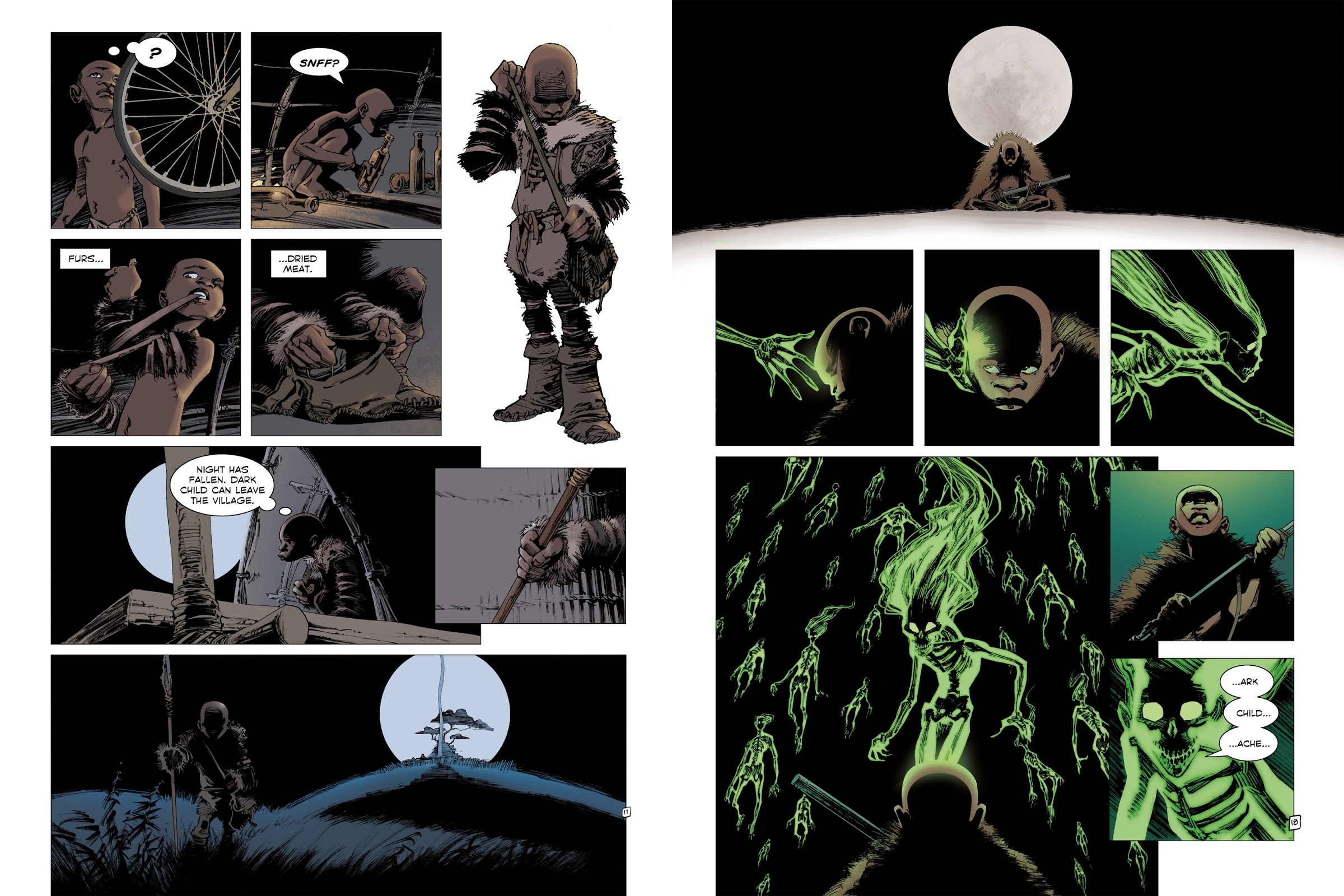 Olivier Vatine’s adaptation of Stefan Wul’s fantasy novel suggests a bleak future for mankind on an Earth decimated by the effects of climate change, and a very small population reduced to a primitive hunter/gatherer state. While the premise isn’t original, Niourk is elevated by attention to personality and detail.

We first meet the Dark Child, a dark skinned youngster persecuted by a white tribe riddled with superstition who consider him unlucky. Only their elder leaves their community to converse with the Gods, and when the Dark Child follows one day he emerges into the remnants of technological civilisation and learns to use a rifle. Vatine spends time establishing the Dark Child and his surroundings before referring back to an opening sequence most will have forgotten about, and the shock of its relevance is brilliant. It’s a narrative trick pulled a couple more times, but never quite as effectively.

Dark Horse have long supported Vatine via English translations of his work and employing him on Star Wars material, and their faith in earlier promise has been rewarded by a terrific and sumptuous adventure. Niourk combines all three French volumes, and joy of them is that once the world is introduced new wonders keep being thrown in. Vatine adapts the story in short chapters, each of which can be read independently as a separate adventure, and there’s a visual creativity that constantly amazes, this alongside solid storytelling. For starters, giving Dark Child a fully grown bear as a companion allows for some great images, and we’re never more than a few pages from a spectacular pin-up landscape or threat. ‘Niourk’ is the primitive future contraction of New York, and Vatine plays on our familiarity with the surroundings (and other aspects of the strip) that are alien and strange for the Dark Child. However, he simultaneously sets a puzzle, as the stories are being related by the Dark Child, but from a point considerably after his trials when his natural intelligence has flourished via teaching.

Over the final third of the book we’re given the explanations of Earth’s changes, where humanity went and why Dark Child now has a professor’s vocabulary. It shifts the tone seismically, yet this isn’t the disaster it might have been. The previous content leads smoothly and logically to transformations, and despite being a conclusion Wul’s story is still introducing viable new ideas.

Niourk is a series of thrilling adventures, superbly drawn, frequently surprising and consistently uplifting. Science fiction is a surprisingly under-represented genre in comics, and very much of what there is fails to breach a quality line set just above average. Niourk shreds that limitation.