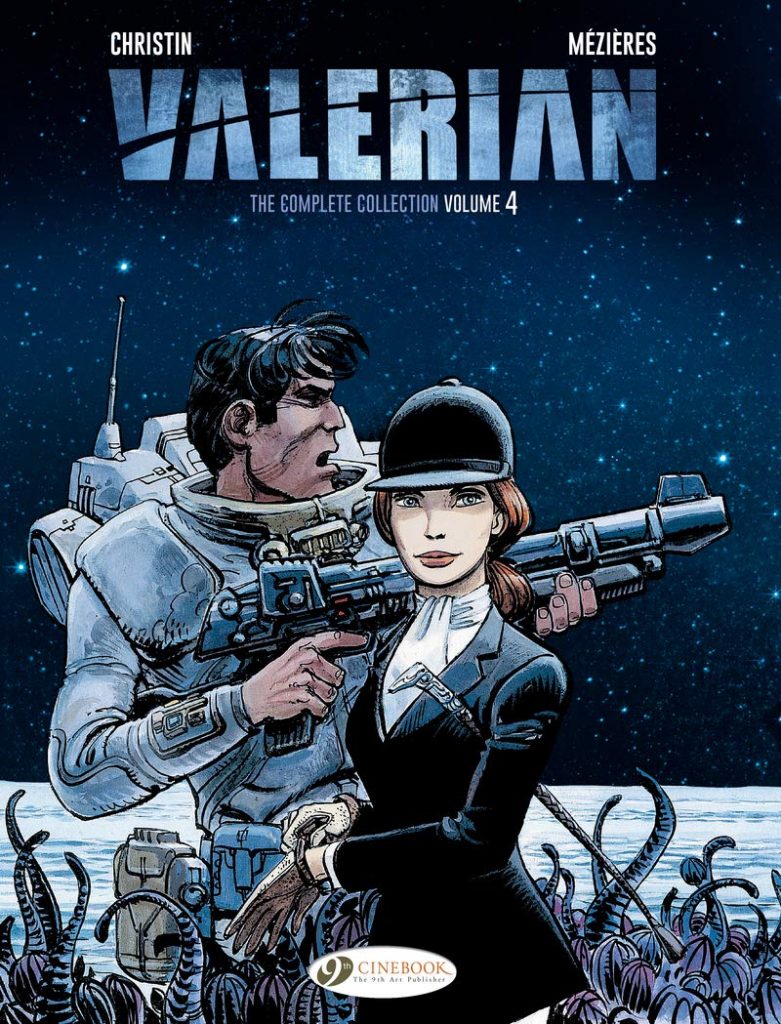 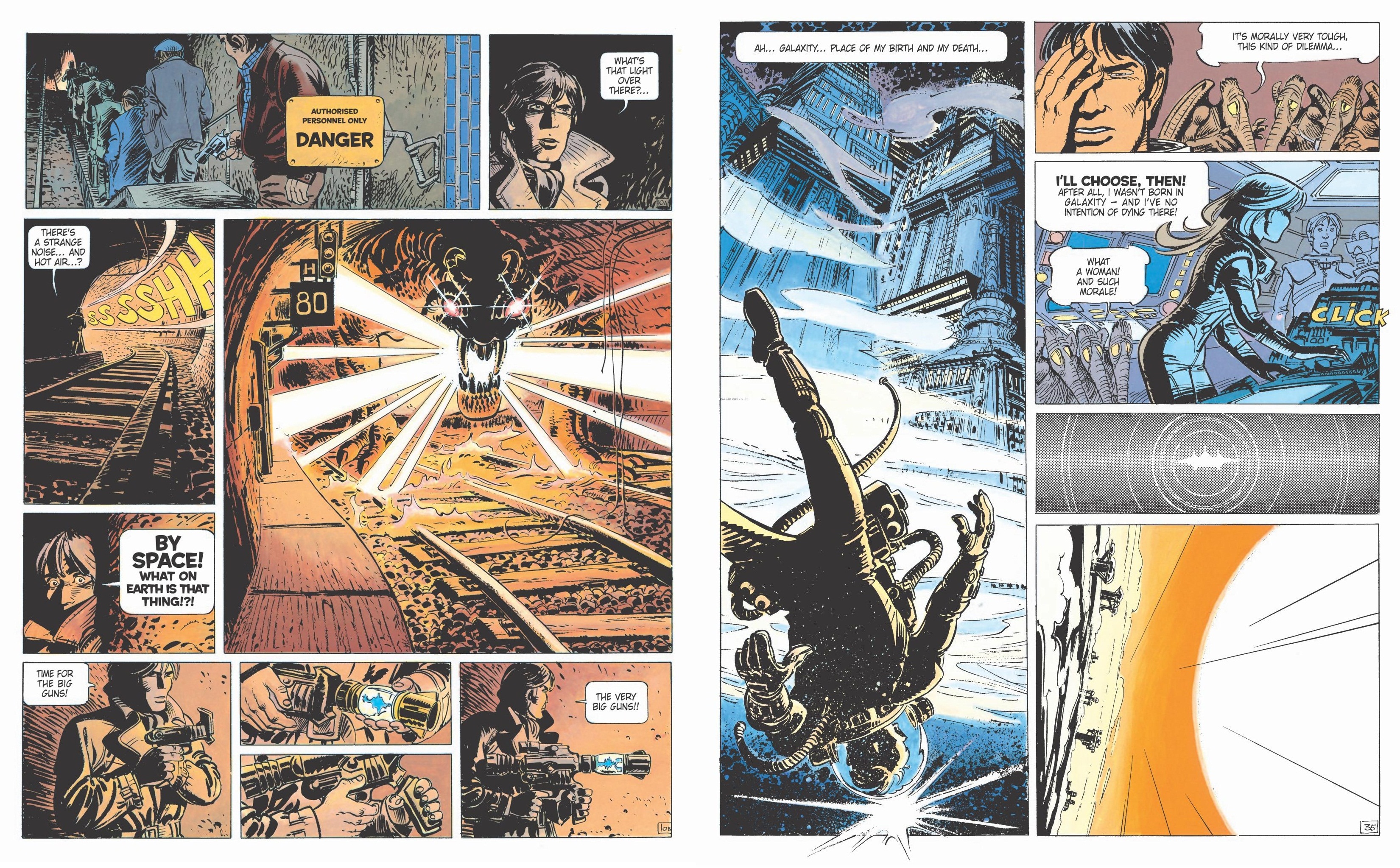 The four volumes included in this collection represent the Valerian and Laureline series at its peak. Before these stories Pierre Christin had gradually increased the scope of his imaginative science fiction adventures, but this material pulls the series together, then reboots it in stunning fashion. He also introduces a wistful, melancholic tone into what had been a cheerfully upbeat set of stories, with Valerian the solid defender of what he believes is right. Here, cleverly introduced, some doubts begin to surface.

Valerian and Laureline are agents of an agency spanning time and space, but they’re gradually realising there’s something wrong. It’s Christin’s clever way of dealing with a problem he never thought would occur when in an early story he had the Earth devastated in 1986 (see Complete Collection 1). When he began work on what was published in paperback as Châtelet Station, 1986 was approaching in the real world, and Christin decided to address the problem head on. In a story of manifest contrasts Valerian is sent back to 1980s Paris while Laureline has a connected mission far in the future. Fascinating concepts just tumble out, and into the following Brooklyn Line, The Ghosts of Inverloch and The Wrath of Hypsis. While a greater percentage of the story takes place on Earth, Christin ensures the commonplace is rendered extraordinary, first by the interventions of alien idiots, but then moving on to far weightier matters as Christin takes on the Christian origin of the universe, and how that’s playing out. It’s like a more lighthearted take on the sometimes pompous exploration of deep subjects that occurred in adventurous American superhero comics of the 1970s. Not that Christin lacks a viewpoint, but he’s better at threading it into stories without preaching.

However the series isn’t just down to Christin. Jean-Claude Mézières mixes his fantastic imagination with scenes he could draw by wandering the streets of Paris, and while working on these stories he was awarded the Angoulême Festival’s Grand Prize, as big as it gets in European comics. Switching between 1980s Paris and the far reaches of the universe, and subsequently pulling the same trick with Brooklyn creates an impressive visual portfolio.

Beginning as a connected resolution to a continuity problem, these four volumes evolved into so much more. They prove that Valerian and Laureline work on present day Earth, and amid different moods. The melancholy of the opening stories makes way for a pastoral story with little action before an eccentric, but thrilling finale. While always presented as capable, these are the stories when Laureline definitively earns her co-star status, so it’s ironic she’s been dumped from the title of these hardcovers. When the dust settles, everything has changed, and while it’s now relatively commonplace for superhero series to pull the rug for a few years before restoring the status quo, when Christin and Mézières carried out their re-boot it was almost unheard of. Where it leaves Valerian and Laureline is followed up in volume five.

Another informative introduction by Stan Barets contextualises the episodes, and there’s the bonus of a solo strip by Mézières. ‘Space Grunts’ is more obvious science fiction, a very compressed whimsical story about one man’s progress to respectability. It’s nicely drawn, but Mézières works better with Christin.

Perhaps there’s a minor level of greater enjoyment for anyone who’s been immersed in the earlier volumes, but the ambition, invention and entertainment should be obvious to all.