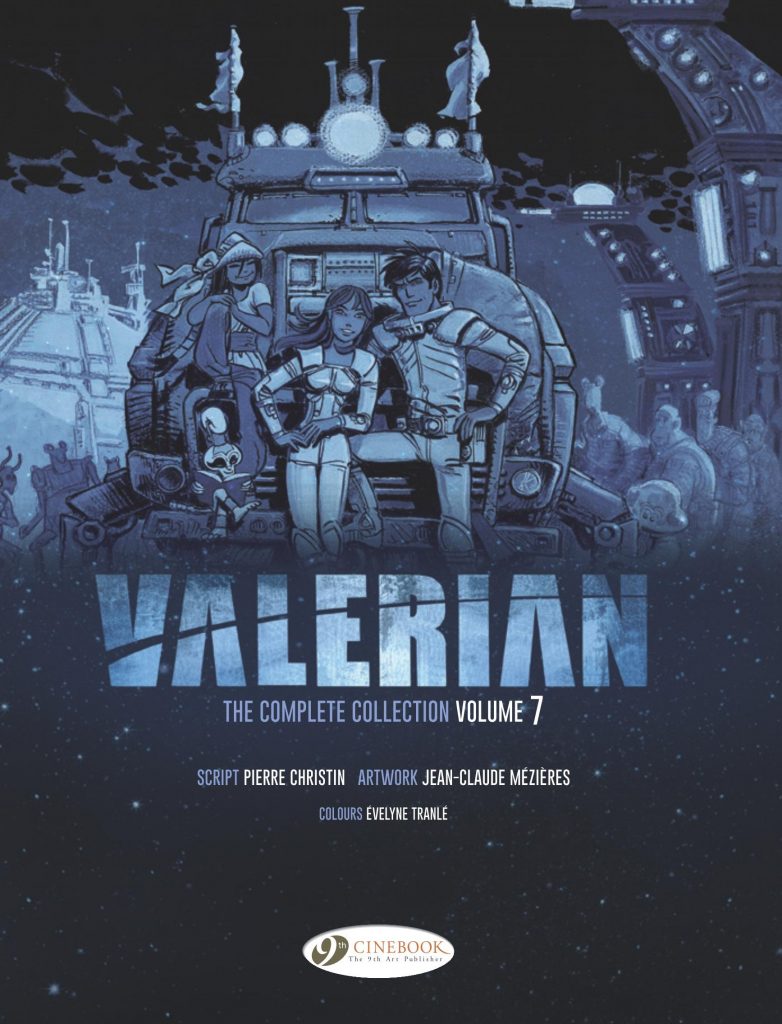 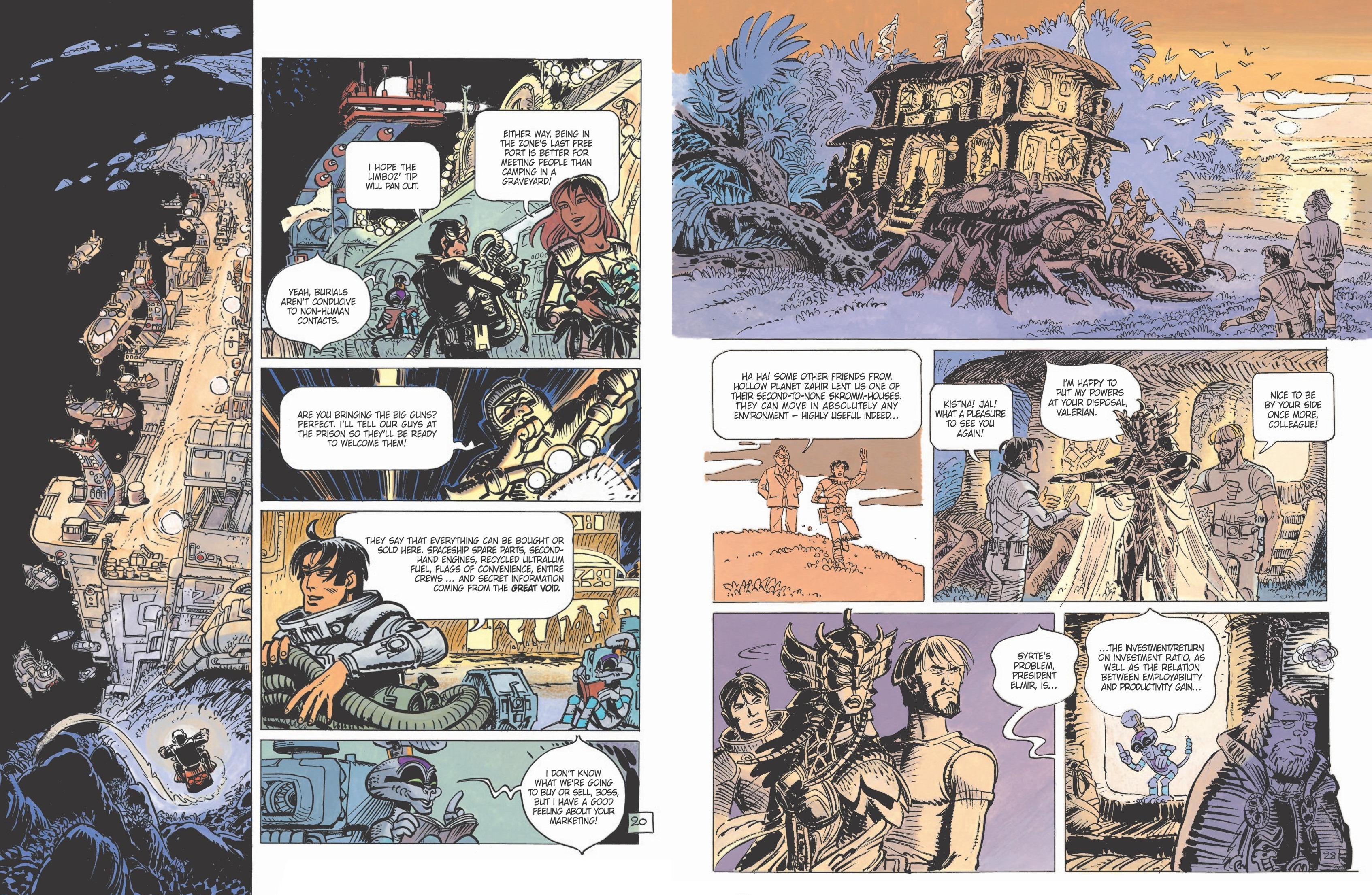 Complacency isn’t a term that can be accurately applied to Pierre Christin’s writing on Valerian and Laureline. Having dispensed with their timeline and the Spacio Temporal Agency that employed them (see Complete Collection 4), the final three adventures begin with the possibility that everything can be restored to the way it had been.

It’s an immense undertaking, but in typical Christin fashion he’s casually understated in leading us in via Valerian and Laureline set up as market traders at the edge of an unmapped section of the universe known as the Great Void. The same sort of soft lead in occurs in the next adventure which focuses on the small crew of a spacecraft heading into unknown territory speculating about what they’d like to see when they reach their destination. Both openings exemplify the humanity at the heart of Christin’s writing. This may be mankind mingling with aliens in the future, and with fantastic technology commonplace, but without human concerns the stories would be nowhere near as accessible. Key to how At the Edge of the Great Void plays out is a moment of spontaneous kindness on Laureline’s part, employing someone when she hears the cost to the population of closing the local factory.

The penultimate and final books in the series are far more closely connected, introducing the Wolochs, previously unknown beings of immense power whimsically designed by Jean-Claude Mézières as giant stone slabs in The Order of the Stones. Perhaps given the massive amount of alien races and returned characters from earlier in the series he has to draw he wanted to balance that with something simpler. What’s amazing about the plot is how Christin meshes all those characters so seamlessly. The villains are united under the influence of the Wolochs, and almost everyone else is keen to locate a device known as the Time Opener, which has strange mystical properties. It’s an unusual diversion for Christin, as while always keeping a human touch to the plots, he’s not had much truck with blind faith before now, indeed he customarily debunks it.

A prophet of sorts features, someone who can commune more directly with the Wolochs, and whenever he’s featured Mézières switches to painted artwork rather than linework, to provide an interesting distinction. Otherwise it’s business as usual with busy panels and inventive design, even if over these three stories there’s less need for new beings.

Everything comes to a close with The Time Opener. It’s intended as a celebration into which Christin squeezes so many characters either allied with or opposing an implacable enemy, but the celebratory nature affects the story. Even those pleased to see all these characters and races again would have preferred something less disjointed with a stronger plot lacking as many holes. Anyone not knowing the feature’s history may become lost. However, Christin does ensure Valerian and Laureline are never crowded from their own story, and once the problem is solved his method of ending the series is touching, imaginative and excellent.

The bonus content of this hardcover is again multiple pages of articles by comics historian Stan Barets, bringing us up to date on other projects by the creators, Mézières supplying his own biographical information, and Christin writing an afterword.

For decades it seemed we’d never see Valerian and Laureline’s complete adventures in English, never mind these nicely produced hardcover collections, and even if the occasional story dips a little, it’s never so far as to sink below average. Imagination, innovation and influence are hallmarks, and this presentation does them proud.