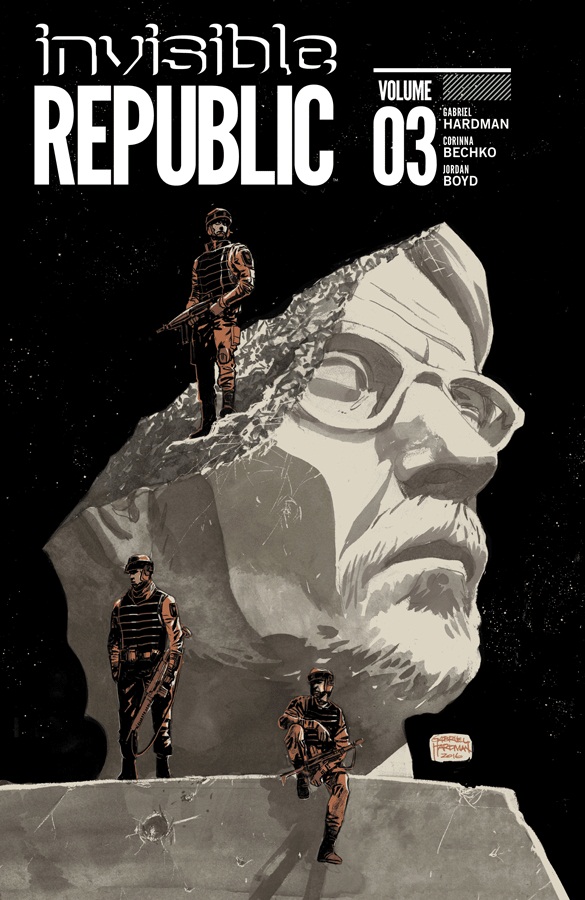 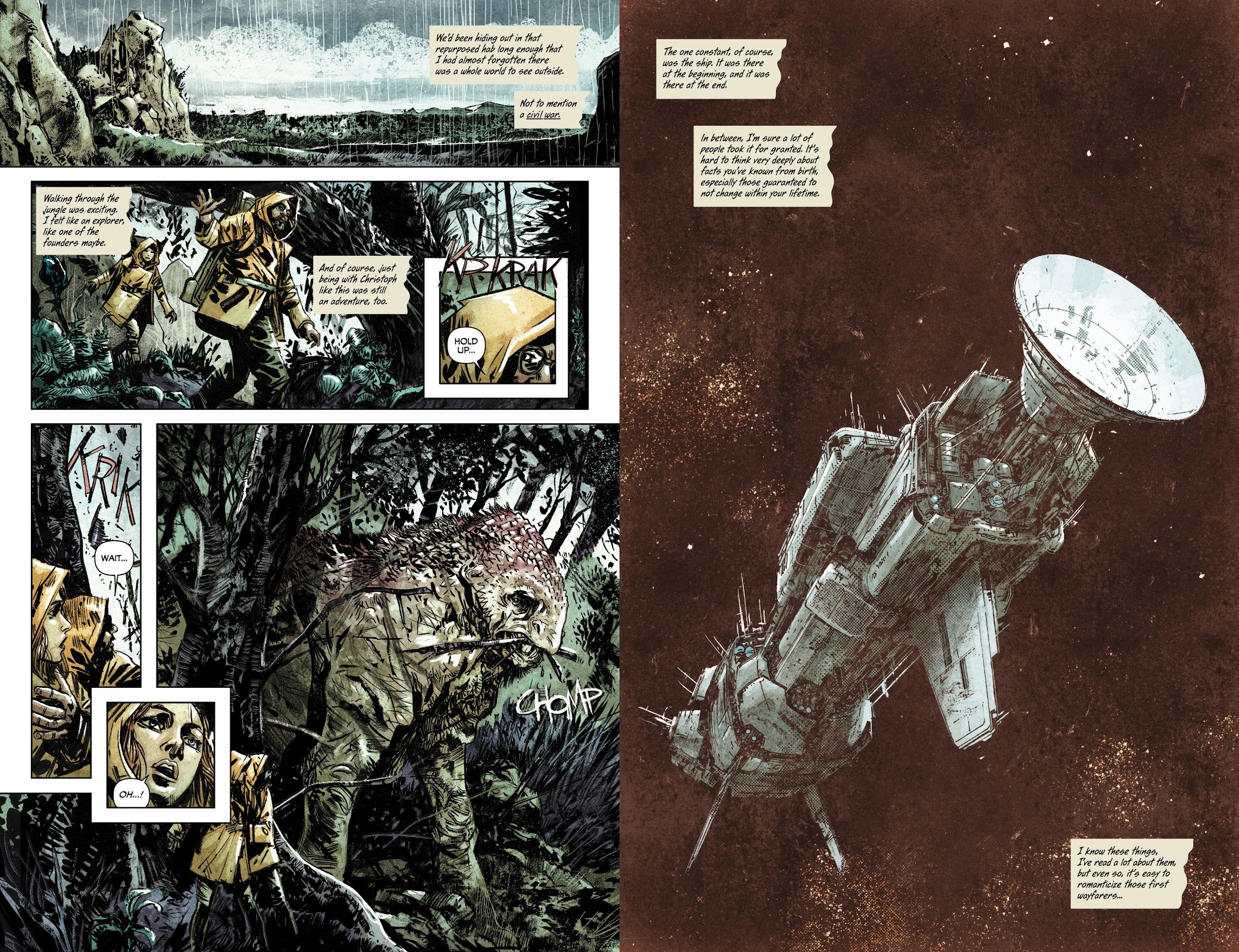 So why is this series called Invisible Republic? It’s a question not answered in two volumes to date, but slipped in unobtrusively, doubling as the title of journalist Croger Babb’s book, revealed as he arrives on Earth, as yet unseen in a series populated by humans. It’s not in a great way, but that’s just a sideshow in Gabriel Hardman and Corinna Bechko’s complex, two-stranded science fiction epic.

In the present day a tyrannical regime on Avalon run by Arthur McBride was overthrown, resulting in a period of confusion and instability during which a puppet government has been  installed. In the past Maia Reveron was a close ally of McBride in the early days, and her journal about that surfaced, endangering Babb, as others preferred its contents remained suppressed. That’s part of a constantly shifting ethical background, where people have feet of clay. We learned early of Babb’s fall from grace, but everyone has secrets, and they begin to impact early.

Comics can accommodate so many different approaches to arrive at the same ideal. There are artists who’ll create a spacecraft with a few lines, and it’ll look superb. Hardman’s from the opposite school, the one where every detail matters and he’s not happy until he’s practically created the blueprints, and the result is equally breathtaking. The compulsion for detail extends to the most unlikely scenes. Check out his explosions. That’s a break for most artists who provide half a page with straight lines emanating in a circular pattern from a central point. Not when drawn by Hardman, and his cast is expertly characterised and emotionally strong.

If there’s a disappointment, it’s the work in volume 02 developing the intriguing Lady Pannoica De Roths appears to have been so much smoke, and this is a weakness of Invisible Republic. The creators tell the story at their own pace, and it’s planned to be a further three volumes, but theirs is an extremely work intensive method, and there are ways to reach a point without sacrificing the thematic richness. The story is complex enough without introducing and building up people whose eventual purpose is limited. That said, doing so feeds a pattern of readers never knowing what is of significance. This volume presents excerpts from McBride’s sanctioned autobiography, it seems almost satirically due to the self-aggrandising tone, but that eventually leads to one hell of a bombshell. However, such is the application of deception, it remains difficult to know if anyone can be trusted.

A bigger picture is now falling into place in the story’s present day, and Invisible Republic continues to twist about unpredictably, so it’s a shame, then, that when the planned halfway point was reached Bechko and Hardman took a break to work on other projects. While they’ve announced a commitment to completing Invisible Republic, that break has now been almost two years. 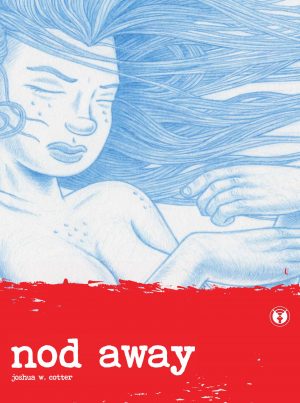