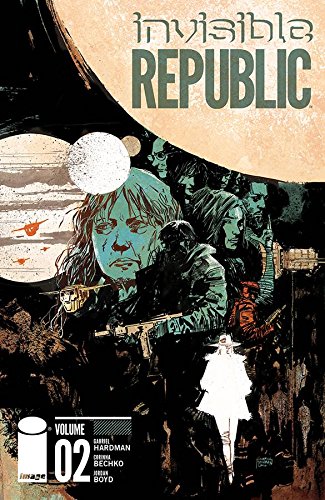 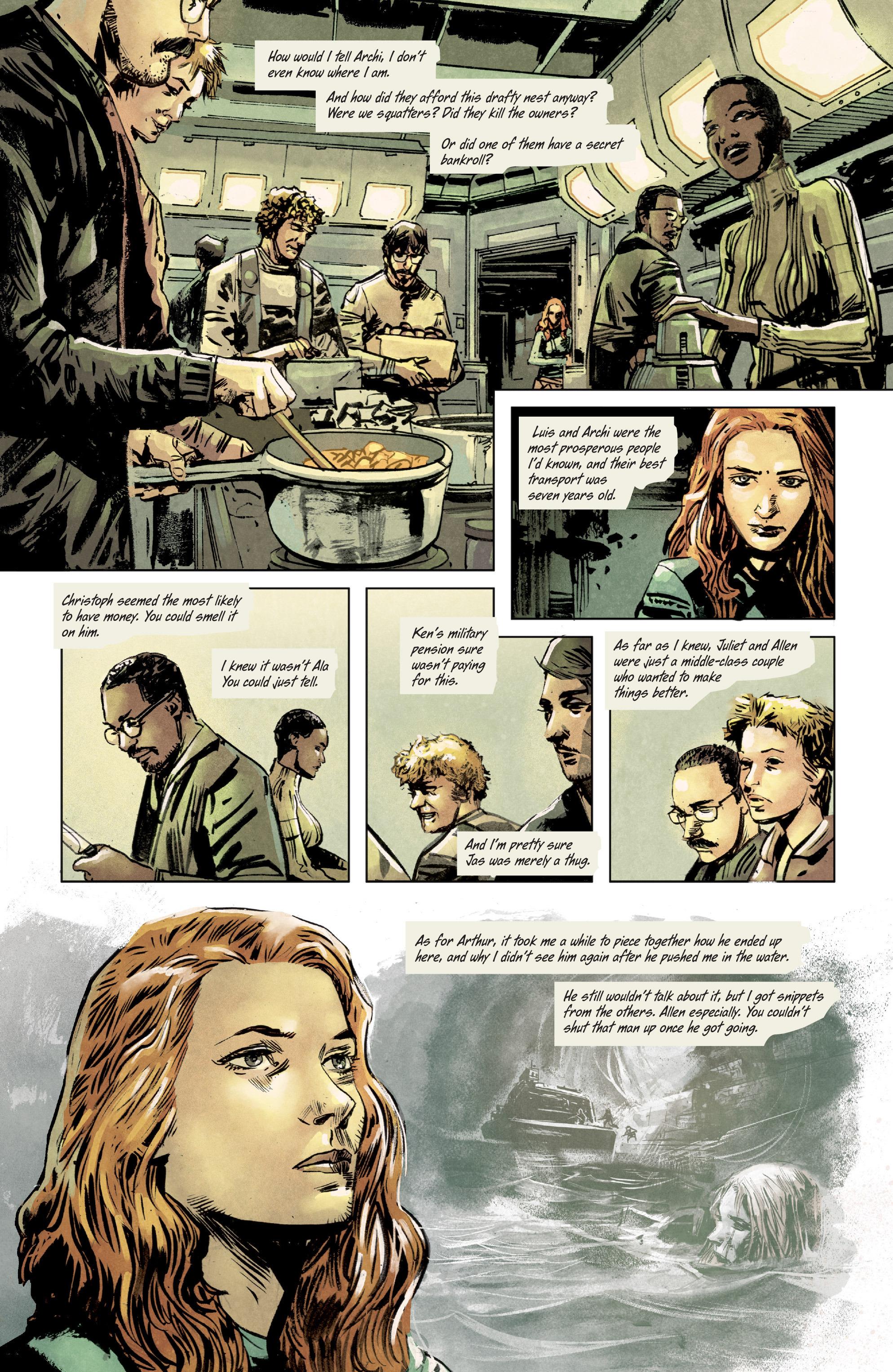 Invisible Republic is a complex action thriller set in the dystopian science fiction world of 2843, but running a simultaneous narrative of recollections about how that society came about, narrated by Maia Reveron in 2801. Her papers have fallen into the hands of has-been journalist Croger Babb, who sees them as his way back to credibility. What he hadn’t counted on was the number of people who want the papers he now holds. At the end of volume 01, he was introduced to an elderly woman claiming to be Maia Reveron.

Such is the level of trickery and twisting in Gabriel Hardman and Corinna Bechko’s script that this shouldn’t be taken at face value, but she’s convincing. In her youth she and her cousin Arthur McBride were involved in a revolution, but she became disenchanted with Arthur’s methods, and the lives those methods cost as McBride’s profile and following increased. Adding to the mystery is the opening chapter introduction of Lady Pannoica De Roths, a baroness, and enormously influential in both time periods.

Hardman’s a superb and sensitive artist with an excellent eye for design, and a solid storyteller, but there’s also the sense that Invisible Republic isn’t making the most of his talents. This is a man whose work has been nominated for a Hugo Award, yet too much of this second collection is dialogue from talking heads or narrative captions accompanying them, and while nicely drawn, the possibilities offered by the comic format are too rarely exploited. Comics that are nothing but action are rarely satisfying, but the balance is tipped too far the other way in Invisible Republic.

That’s not to say the story doesn’t become more interesting than the introductory volume. Bechko and Hardman fill in the society in place before McBride’s successful revolution, and have the pages turning fast as they progress events in 2843, where it becomes apparent that the past is going to have more than a slight influence on the future. Maia’s journal is still a point of contention, although exactly who wants it and why is clarified.

A third collection has been issued, but at the current rate of publication it’s going to be well into the next decade before the story concludes with its initially planned fifty chapters.