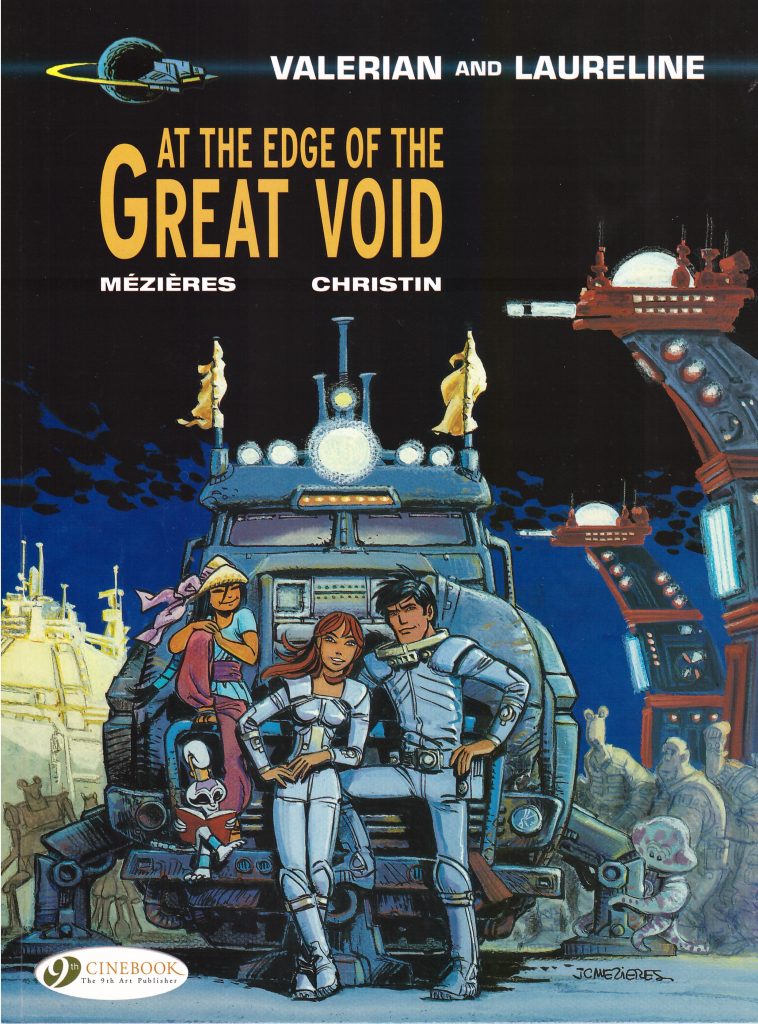 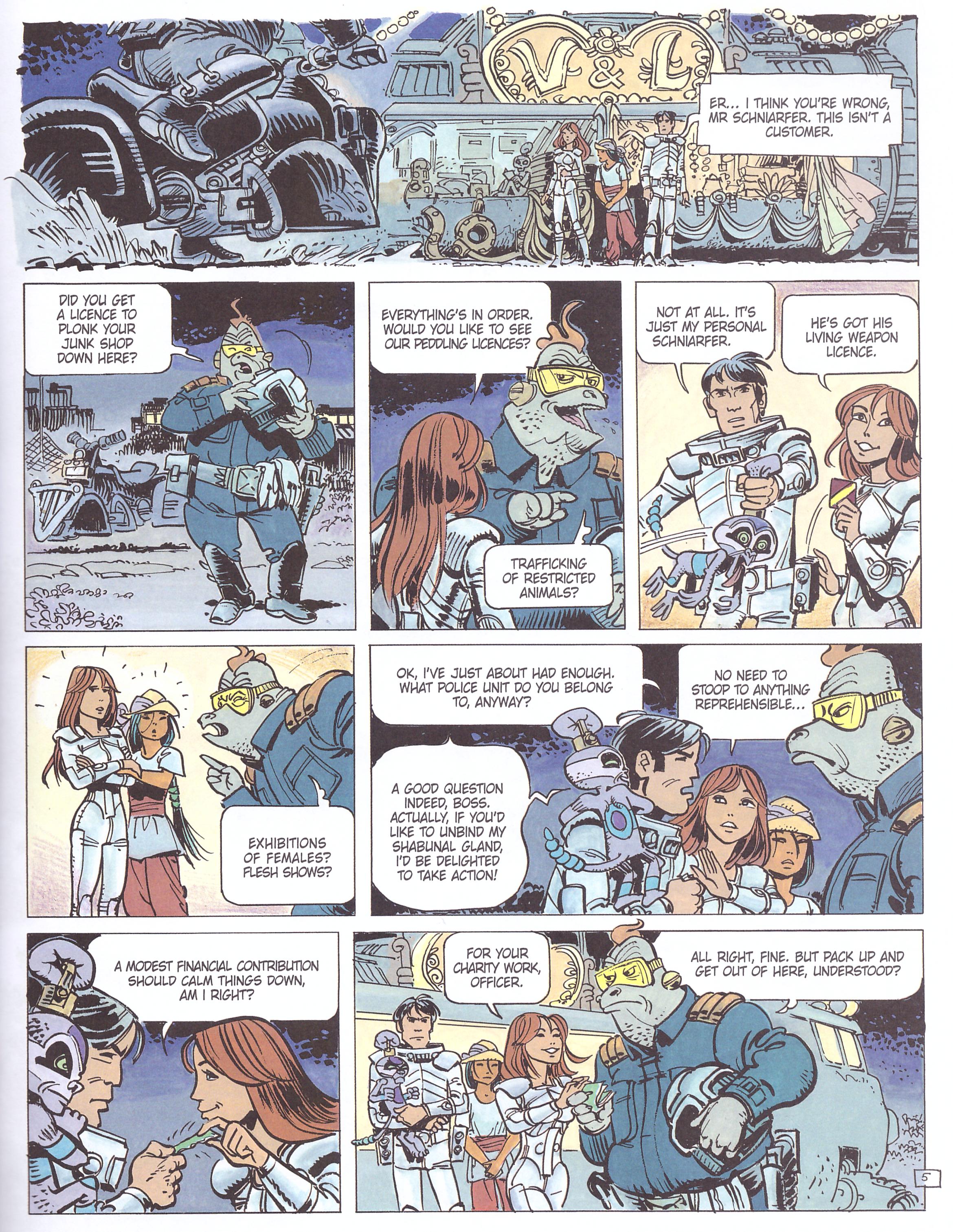 Pierre Christin has always avoided the obvious route in Valerian and Laureline’s adventures. Early in the series, he wrote about a cataclysm on Earth in 1986, then almost twenty years in the future. Instead of writing this off or changing the date in subsequent reprints, Christin confronted the problem head on during the 1980s, resulting in what many consider the best run of the series (start with Châtelet Station). It concluded with Valerian, Laureline being cut adrift from the organisation that employed them, which no longer existed after a revision of the timeline. Beginning with In Uncertain Times, Christin’s revisiting that, but in his own wonderfully idiosyncratic manner.

An introduction makes the point that given the scope of the series, there really is no present day, which is both accurate and inaccurate, exemplifying how difficult it can be to pigeonhole Valerian and Laureline beyond a broad science fiction description. We catch up with the stars of the series as they masquerade as traders in the vicinity of an area of the galaxy about which much is unknown. Their real purpose is soliciting information, but they have to be careful whom they ask. A notable aspect of the series not previously mentioned in these reviews is the light touch Christin brings to character moments. Near the start Laureline is moved when hearing of the social consequences of the local factory being closed down, leading to hardship in the area. Without the soul searching that would occur elsewhere she immediately employs the young woman telling her of the trouble. If there are any thought balloons or narrative captions in the series they’re few and far between. You have to take the cast at face value, and that works fine.

He packs immense amount of detail into every page, and the true reason Jean-Claude Mézières has never drawn another feature since beginning Valerian and Laureline is surely that Christin’s plots never fail to keep him interested. While his style is utterly his own, it’s possible to see other influences sneaking in here and there, a touch of Moebius in the scenery, or a face bringing Frank Thorne or Joe Kubert to mind. Yet the one obvious homage toward the end of the book is entirely his own concoction.

As it’s setting up The Order of the Stones, At the Edge of the Great Void is a rare Valerian and Laureline book with continuity elements (although they’re minor). Otherwise it’s the usual mixture of good-natured charm and unpredictable adventure beginning the trilogy that concludes the series.