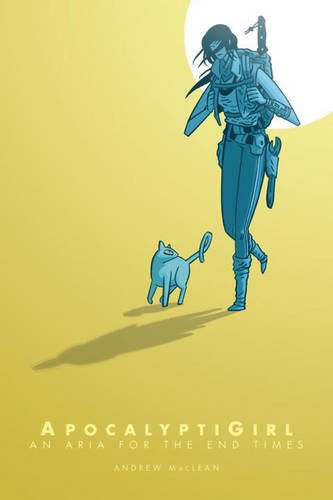 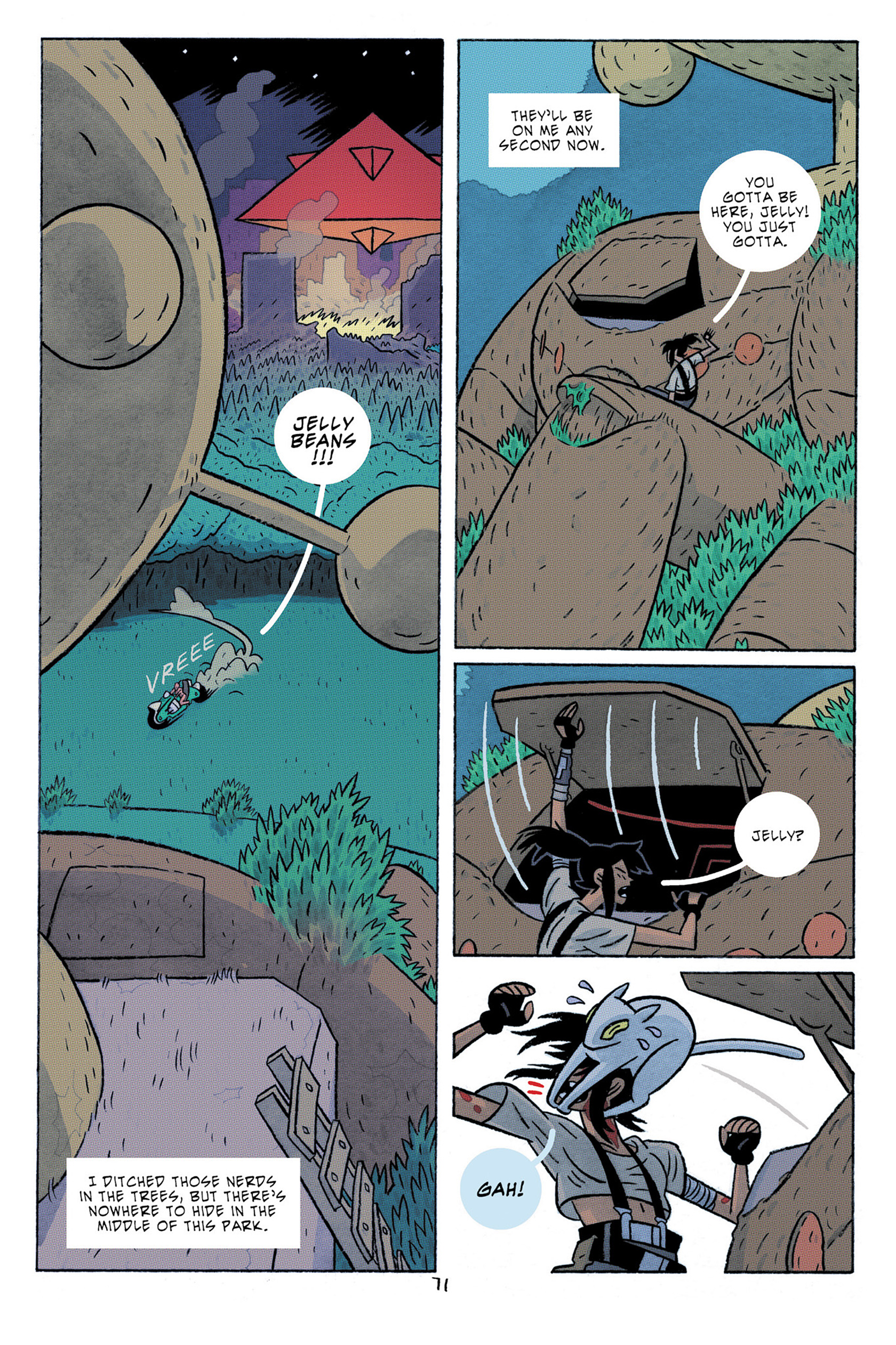 The subtitle An Aria for the End of Times is a phrase with a double meaning, referring both to the only character of note, and her preoccupation. Aria has been deposited on an alien world for unknown purposes, and has to fight to ensure she avoids capture by either of two native species who’ve been warring since time immemorial, and in doing so have pretty well laid waste to the planet. She’s armed with a machete and a motorcycle, and remnants of a more advanced civilisation remain, all but their basic technology beyond the knowledge of the current generations. Feral dogs roam the wastelands, and an area as small as an orchard is a prize worth protecting with lives.

So, not a very hospitable place you’d think, but here’s the anomaly. Andrew MacLean’s cartooning and use of colour is so well considered it performs the impossible by portraying this apocalypse in such an attractive manner that it’s actually a lure. Mastery of technology has been so long forgotten that nature once again rules in many areas, and these possess the beauty of ancient Mayan ruins enveloped in vines and shrouded by trees. It’s a noteworthy trick. Elsewhere MacLean’s movement and some of his faces have the feel of Paul Pope about them, and so does the optimism of his story.

Aria is seemingly abandoned, but there’s a joy and exuberance to her personality as she goes about her business attempting to track something unknown, yet always returning to Jelly Beans, the cat she’s adopted. It’s a very nuanced emotional portrait. As Aria is alone, it’s her solitary internal narrative that plays out, and despite her being more capable than almost any threat she may face, she can still be taken by surprise. Life threatening danger is constant, and extreme violence necessary, yet unlike most comics, this isn’t violence lacking effect. MacLean emphasises the cost of violence, and his methods of showing Aria’s emotional release are great. Equally, ApocalyptiGirl may feature a woman as its only character, but there’s no objectification or exaggeration. In the shower scenes the curtain remains resolutely closed and opaque.

Perhaps the most remarkable aspect of this accomplished and confident work is that it’s MacLean’s first full length graphic novel. He’s a talent to watch.