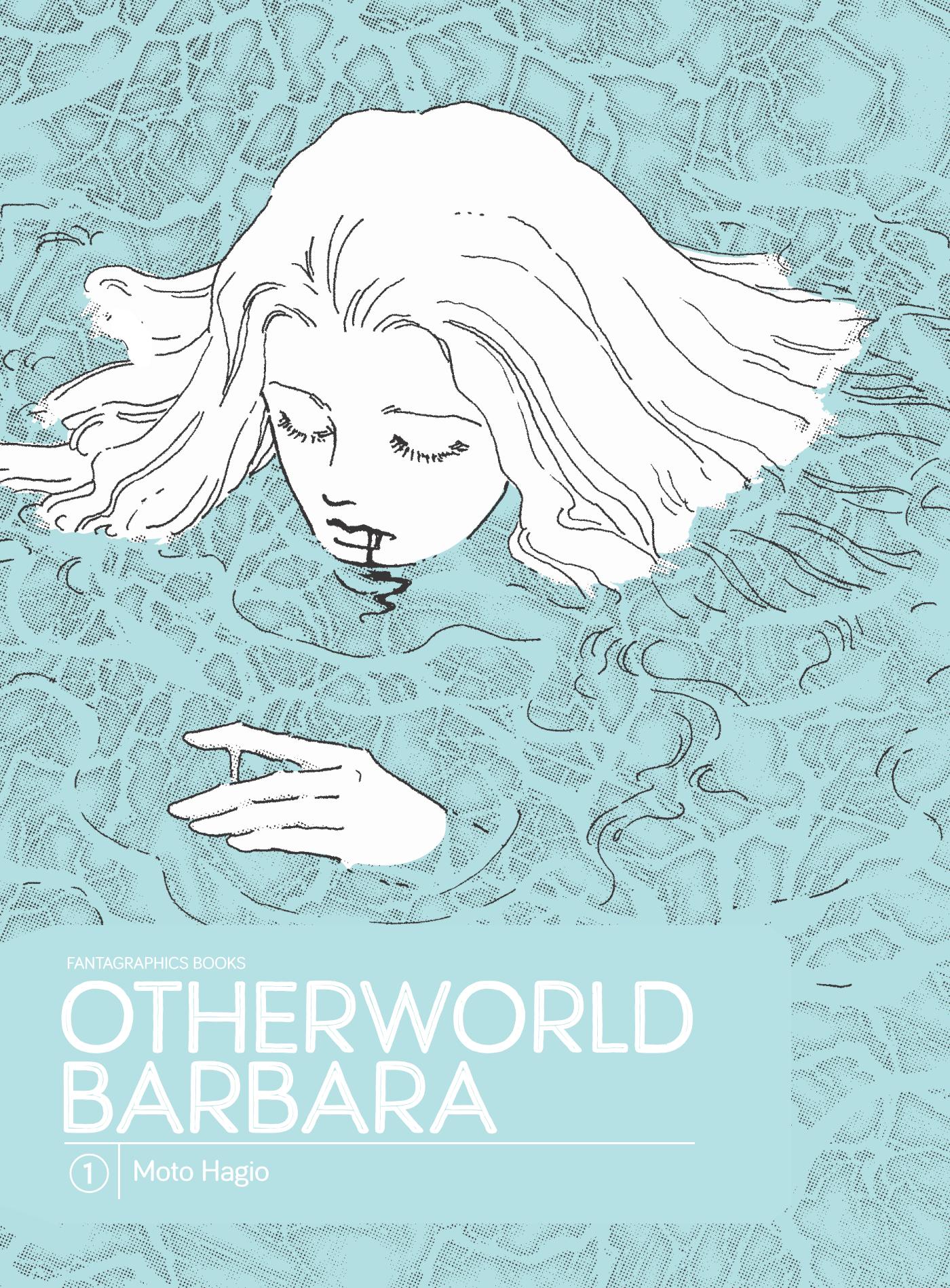 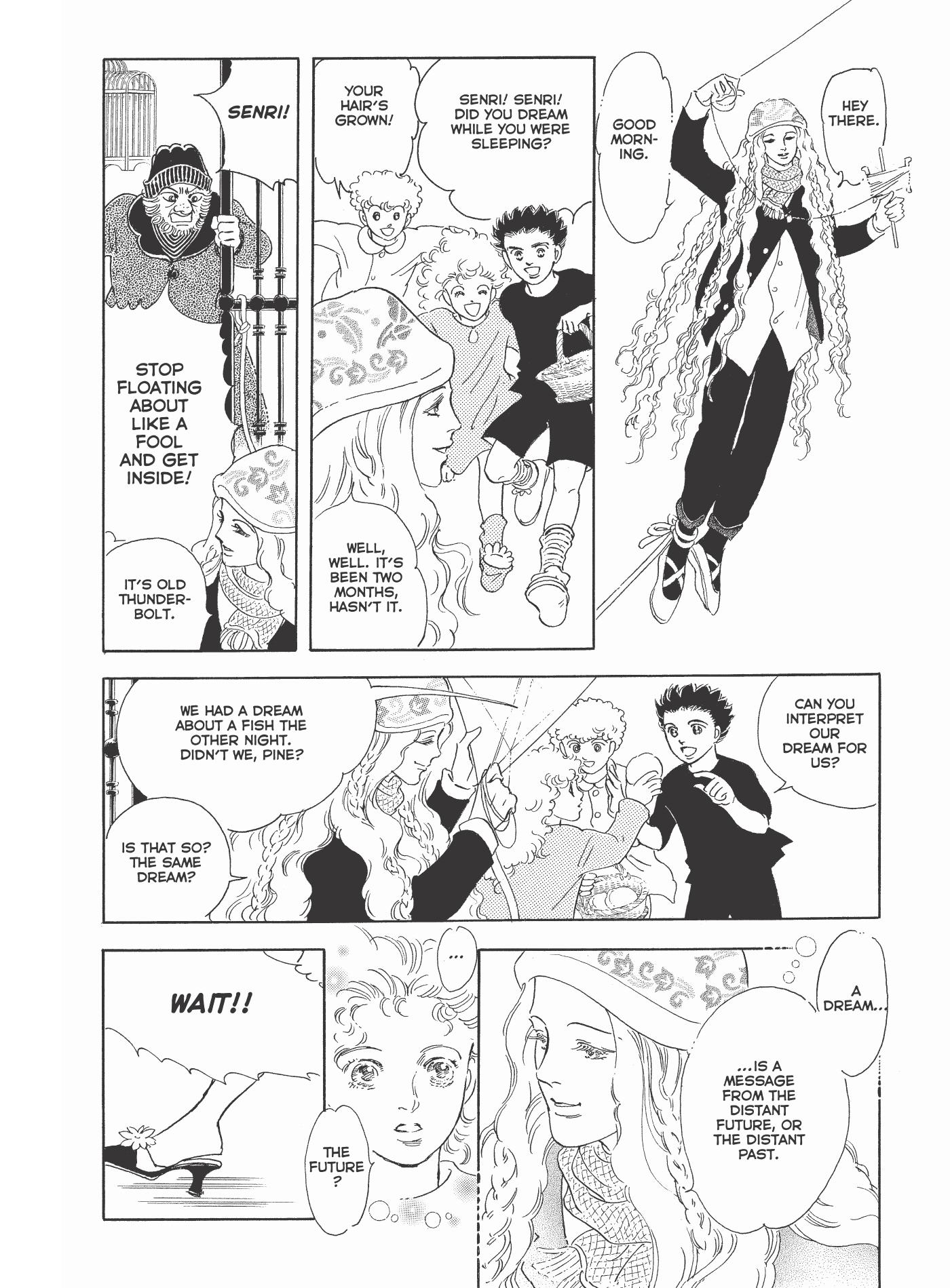 Moto Hagio messes with the minds of readers in Otherworld Barbara. It begins by introducing an idyllic community where everyone gets along, the annoyances are minor and good cheer is the prevailing mood. A few anomalous elements, however, set the stage for what’s to come as Hagio’s not in the least interested in presenting Japan’s answer to My Little Pony.

After that thirty page introduction we move to the meat of the plot. Juju Aoba has been in a coma for seven years since having apparently eaten her parents’ hearts aged nine. Dr Watari is a form of psychic, able to enter the dreams of others, and he’s tasked with discovering what happened to Aoba all those years previously. The dreams are what was seen in the opening chapter, where Aoba is a young girl on an island called Barbara. Bizarrely, however, the distinctive outline of Barbara from Aoba’s dreams has also been manifesting as a phantom island with recorded sightings in the seas around Japan. As he investigates, Watari also attempts to repair the relationship with his own teenage son Kiriya, about whom he knows surprisingly little, and Kiriya has a revelation tying into his father’s investigations.

From the innocent beginning Hagio moves toward disturbing territory, both philosophical and parapsychological, and keeps throwing more coincidences into her story until it’s brimming over like a particularly fertile X-Files episode. Watari keeps making connections, accrues information and disturbing advice, and Hagio expands the cast via Watari meeting them, then shifts the focus onto the other characters also. All the cast, it becomes apparent, have a connection point beyond Watari, and it’s here that Kiriya becomes compelling, combining the uncertainty of the teenager with an aggression toward his parents.

Otherworld Barbara defies complacent genre categorisation. Setting it in the mid 21st century removes the narrative just far enough to create distance and permit some convenient technology, but to call it science-fiction would be going too far. It further encompasses elements of fantasy, horror, the supernatural and mystery fiction. Within that Hagio enjoys metaphors. The implications of a chapter titled ‘I Used to Carry you on my Shoulders’ are obvious, but others only occur later, seeping up through the subconscious, because there’s a memorable density to the narrative that remains for consideration long beyond the covers being closed. In doing so it haunts and disturbs, and provokes thought regarding the many themes. Dysfunctional families, the remorselessness of the ageing process, whether identity can be replaced… it’s all a very far cry from the opening chapter, yet that contextualises and anchors everything that follows.

While acknowledging the ideas are more important than the narrative, there are nonetheless times when Hagio appears to have stalled, and is circling around a point for the sake of it. However Otherworld Barbara is so rich, dense and ambitious that such moments might not fully blossom until the second volume. So many questions remain, why several characters are named after cities being the least of them.

Hagio’s art is clear and decorative, yet there’s an asexuality about several of her characters. This fits manga tradition, but may also reflect the recurring theme of identity, with one minor character already flirting with crossdressing. There’s also a tendency to greater emotional exaggeration than in Western graphic novels, but that’s a minor stylistic device amid an otherwise compelling drama.

By the end of the book plenty of ingredients have been thrown onto the table, but we’re no nearer the full meal. Despite that it’s a toweringly ambitious and seductive work, a mouth watering selection increasing the appetite for the conclusion.