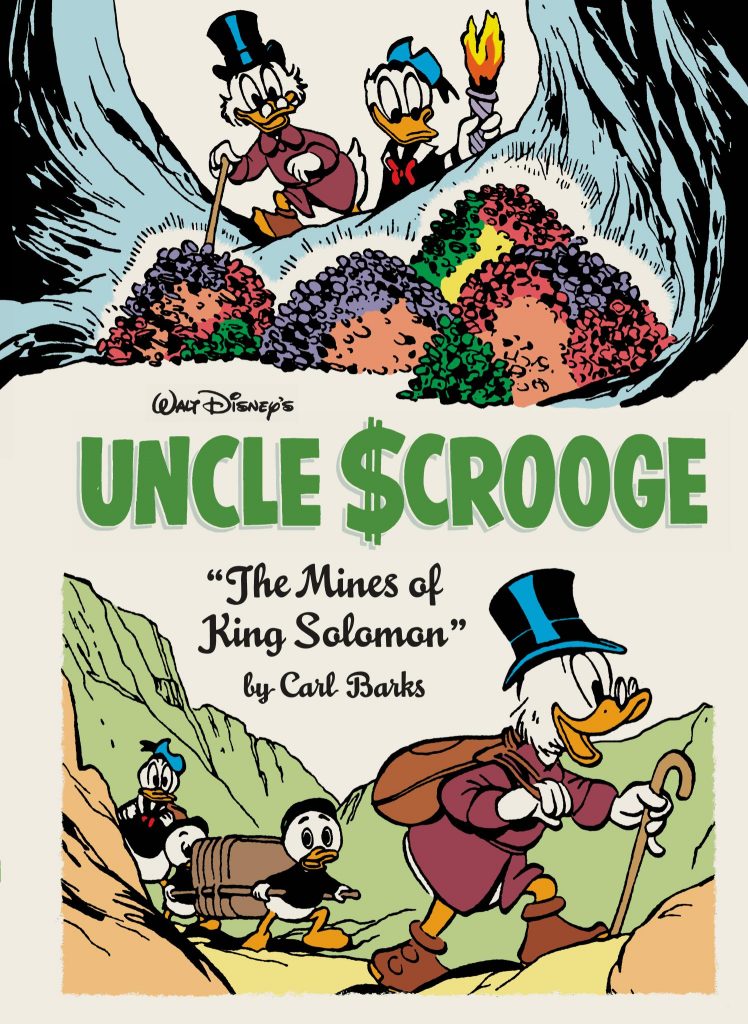 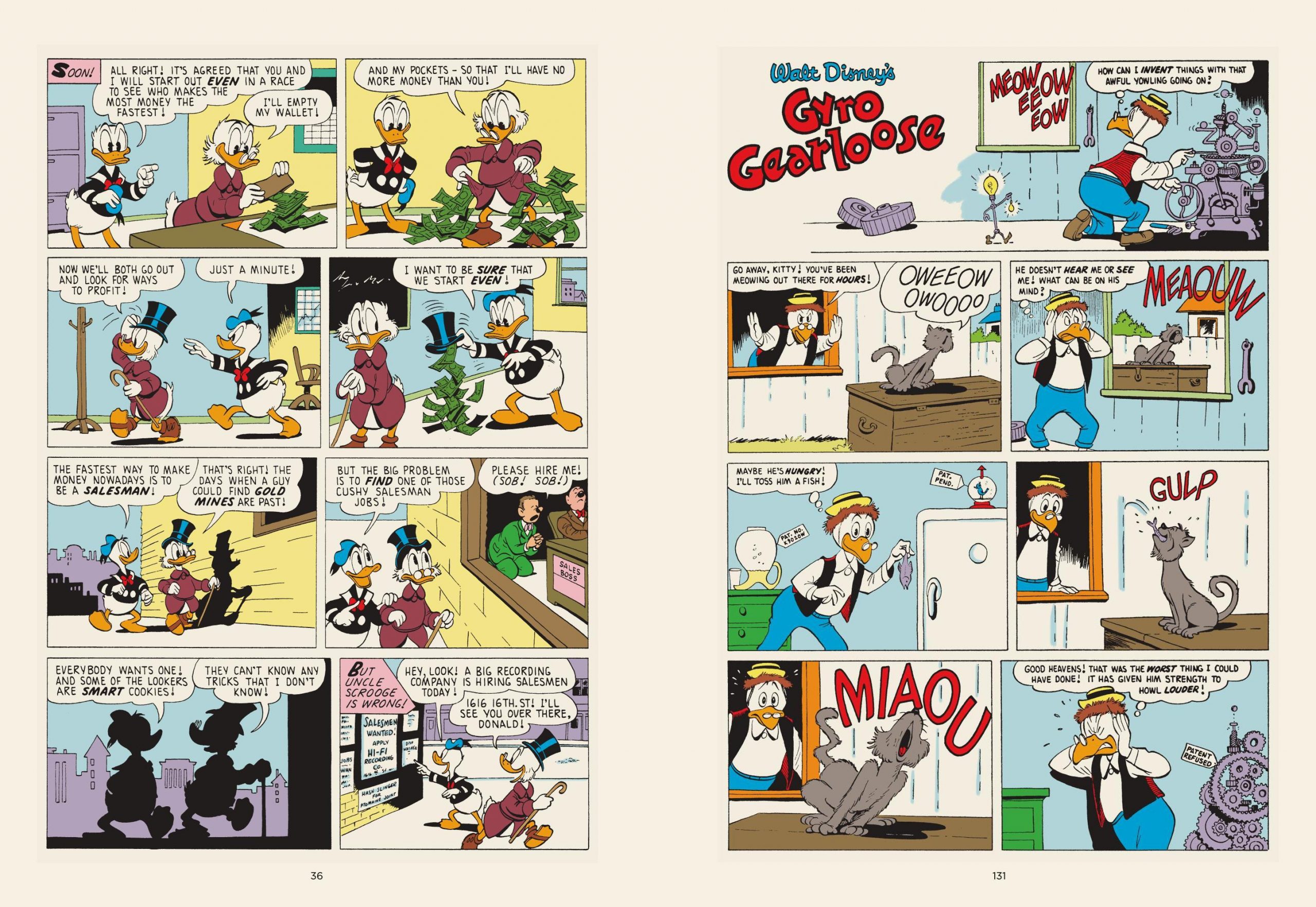 This fourth selection of restored Uncle Scrooge stories from Fantagraphics, volume twenty of The Complete Carl Barks Disney Library, differs from the previous volumes in cutting back the Scrooge content to four longer stories in order to make space for Barks’ Gyro Gearloose material. As noted in the short essays at the back of the book, the peculiar postal regulations of the 1950s decreed that subscription copies of a comic didn’t qualify for second class postage unless there were two features. Furthermore, the second feature had to star a character not part of the lead story. Nutty inventor Gyro Gearloose was created by Barks, but most of his appearances were in the ten pagers created for Walt Disney’s Comics and Stories, so he qualified as a second feature for Uncle Scrooge comics.

His adventures tend to be overlooked by Barks aficionados, yet were they the work of any creator who didn’t have the magnificence of the duck stories to his name, they’d surely be viewed as tidy little comedies. Barks doesn’t treat them as obligations by mining the same limited territory again and again, but instead constructs consistently inventive shorts based on science, and made life even more complicated for himself by almost always running two stories in parallel. The main plot is accompanied by the silent comedy of Gyro’s lightbulb-headed helper consistently finding trouble. They also feature other characters from the Disney pantheon that Barks rarely, if ever, used elsewhere. Gus Goose features along with Grandma Duck when Gyro takes a vacation, but can’t stop conceiving ways of improving farm efficiency, and in his first solo tale it’s Mickey Mouse’s nephews concerned about Gyro being in danger, not Huey, Dewey and Louie.

The smattering of single page Uncle Scrooge gags all serve their purpose, and among the four full length Scrooge tales there’s the title story, one that exemplifies everything that’s great about Barks’ Uncle Scrooge. There’s adventure, treasure, good supporting roles, good gags and a fantastic animal stampede, and it’s exquisitely plotted. Some other longer Scrooge stories in this collection telegraph the planted indicators of devices proving useful later, ‘The Money Well’ containing the most obvious example of Scrooge’s broken spectacles. ‘The Mines of King Solomon’, though, pulls everything together beautifully. Unless the trip to the moon scheduled for the next volume is counted, it’s the last of the truly great Scrooge treasure hunting travelogues. He does travel in ‘The City of Golden Roofs’, but it’s to sell rather than to locate, and the story reads like two separate pieces awkwardly glued together. ‘The Golden River’ also seems like a fusion of two different stories, but it’s more comfortable that way, with the gag heavy first half leading to a more serene concluding half, with Scrooge for once being let off lightly for his poor behaviour. ‘The Money Well’ is Barks revisiting the idea of Scrooge having to move the money from his money bin in order to prevent it being stolen by the Beagle Boys, very much reworking Scrooge’s introductory solo adventure ‘Only a Poor Old Man’. If you’ve not read that, this is fine, but it’s diminishing returns.

While not everything in The Mines of King Solomon is peak Barks, there’s more than enough quality to top most subsequent Scrooge creators, and Barks always has the capacity to surprise, whether it’s with an incident, or the tone. The series continues with The Twenty-Four Carat Moon. 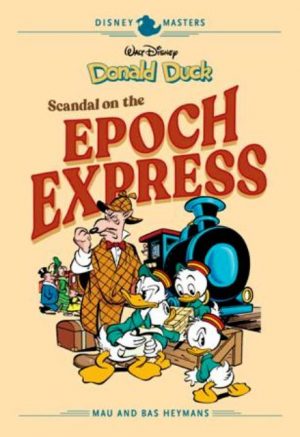