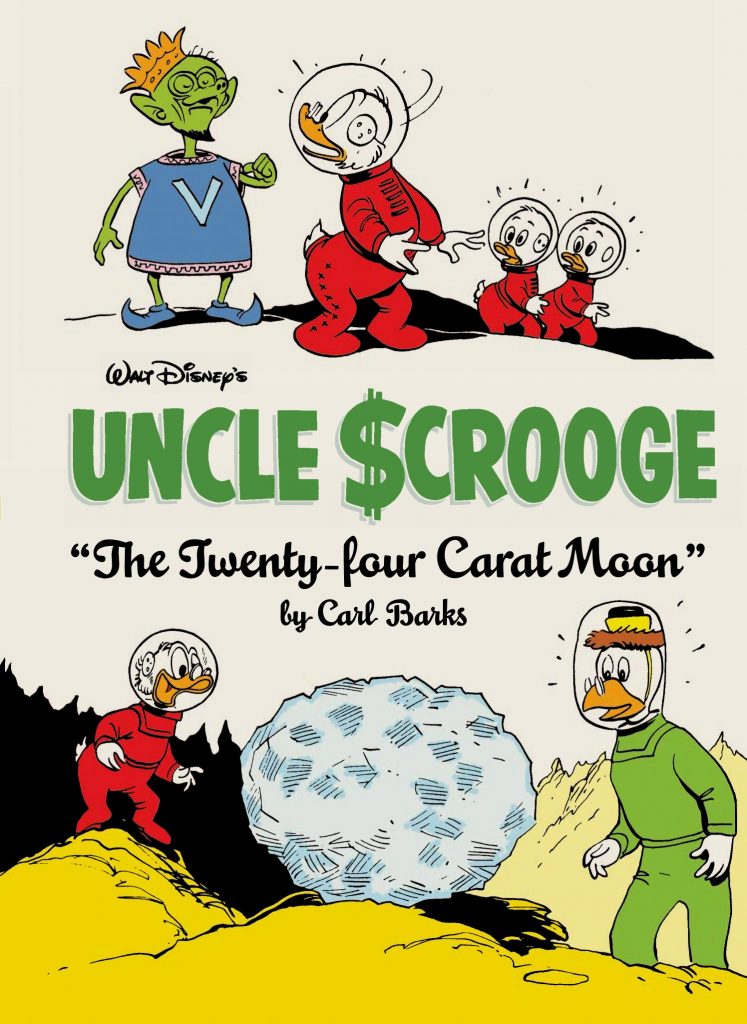 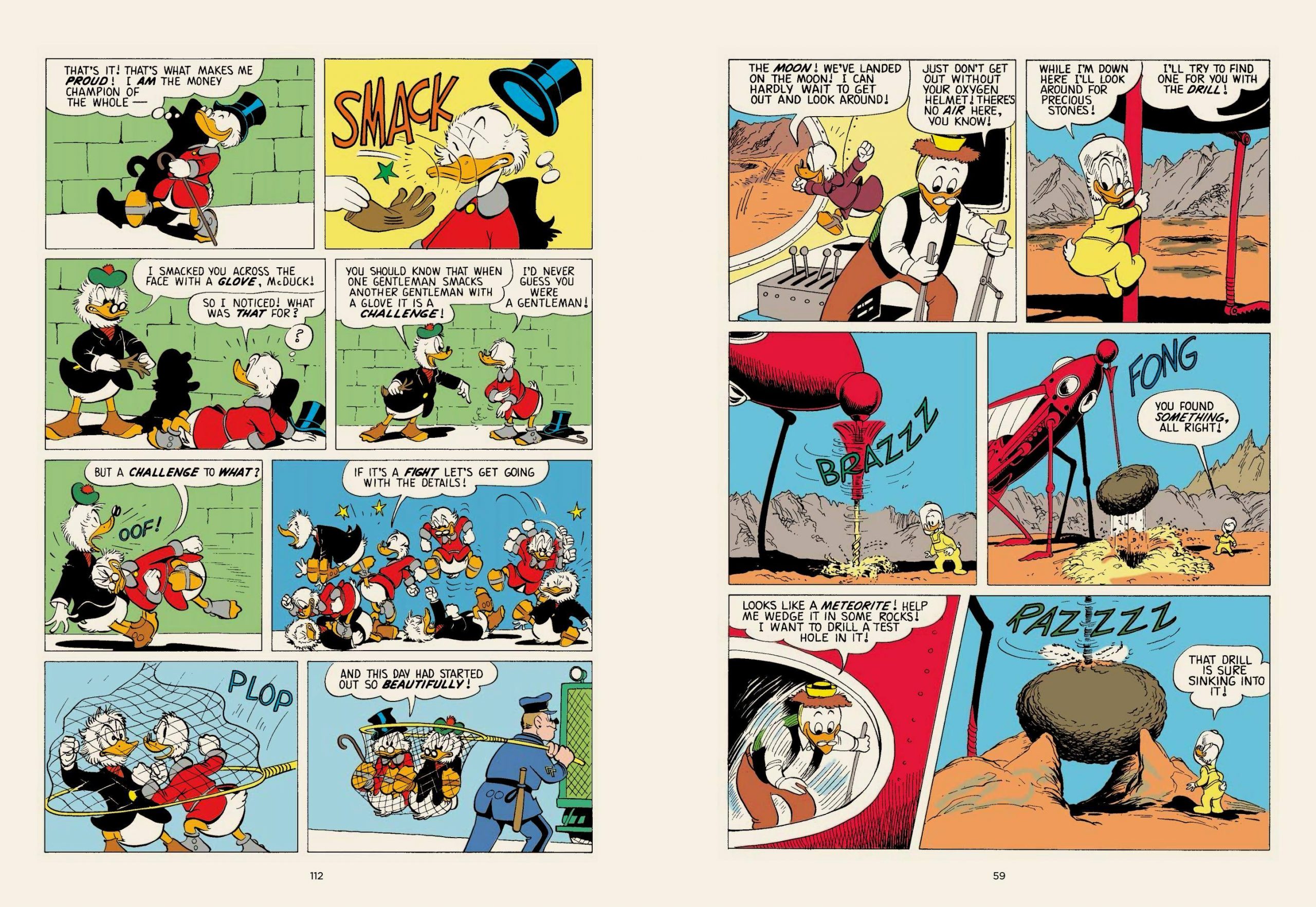 Correspondence from Carl Barks to fans in the late 1950s and early 1960s records him considering that he’d become somewhat stale. It’s harsh self-judgement of his awareness that his longer stories were recycling their plot impetus from his earlier stories, and indicative of his high standards. To anyone other than Barks it surely didn’t matter if Scrooge once again had a competition to see if he was richer than Flintheart Glomgold as long as the associated jokes and adventure differed from their first such showdown. They do, well beyond the contest occurring at Duckburg airport rather than in the South African veldt.

Scrooge goes to space here, and does so again in the following Island in the Sky, where he also again moves his money to hide it from the Beagle Boys, which he’d done in The Mines of King Solomon. This collection again has him on a treasure hunt in South America. Yet crucially, all those stories are fun and entertaining, the circumstances different from previous use of the basic idea. How many times has Batman run up against the Joker, after all?

Also to be taken into consideration is that the similarities are only apparent due to the availability of Barks’ work in collections like these, something Barks, his editors and his audience could never have foreseen in 1959. Take ‘Uncle Scrooge and the Prize of Pizarro’, which is a cracking story with or without knowledge of ‘The Seven Cities of Cibola’. The precision of the slapstick comedy is beautifully set up and beautifully drawn, the treasure hunt is thrilling, and there’s the application of Barks’ moral code to set everything up. Two stories feature ships, yet the sprightly tale of Scrooge’s cargo ships running aground is vastly different from his extrapolation of the Flying Dutchman legend, that the weakest of the longer stories here, depending too greatly on coincidence and the highlights all visual.

A full selection of back-up features are provided. The one page gags are well worked, but some are strung around period slang, and will have many wondering why Scrooge is carrying a roll in his pocket. The shorter Scrooge stories are more variable, all nicely drawn, but some are weaker, well drawn but stretched, or leading to disappointing endings.

If Barks wrongly felt his duck stories lacked originality in the final years of the 1950s, he surely didn’t believe that extended to the Gyro Gearloose back-ups. The madcap inventor is in fine form as he channels Barks’ love of the surreal and whimsical, inventing a wishing well and overthinking the problem of how to use his swimming pool when he can’t swim.

The collection is rounded off with an appreciation of each story by a Barks scholar. All the stories were reissued in the 1990s by Gladstone in European album format, available as Uncle Scrooge Adventures 23, 24, 25, 26, and 27 and Gyro Gearloose 2, with greater analysis of individual stories found by following the links. 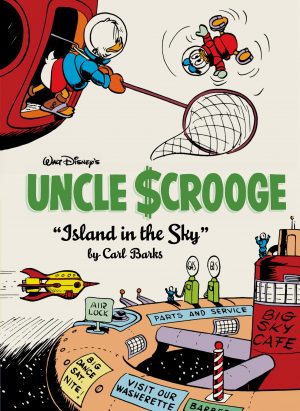