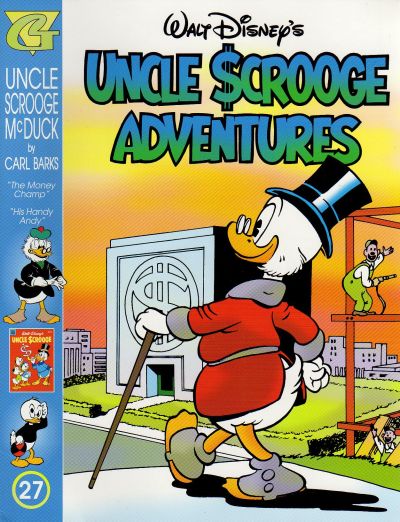 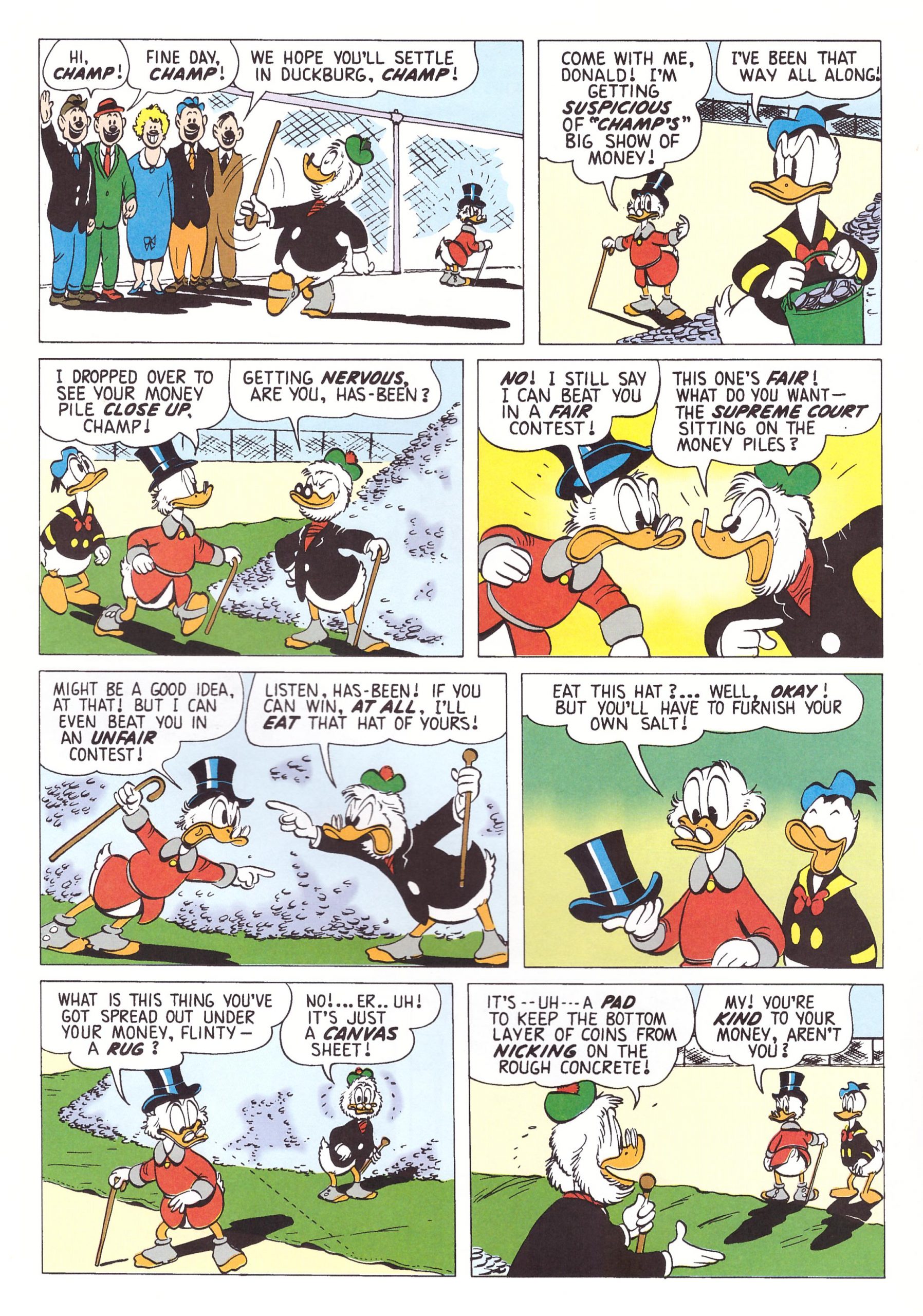 Carl Barks’ introduction of Flintheart Glomgold as Scrooge’s rich and even more miserly equivalent, differed via lacking a conscience was a classic story now most easily found in The Lost Crown of Genghis Khan. Strangely, though, Barks only saw fit to use Glomgold substantially once more, this time having him turn up in Duckburg to again challenge Scrooge for the title of the world’s richest duck, or “money champion” as Barks has it here. Glomgold is confident he’s increased his fortune enough since their last encounter, and the challenge involves each liquidating all assets to see which can accumulate the largest pile of silver, Glomgold hoping to embarrass Scrooge on home turf.

They may both appear to prioritise money above all else, but Barks underlines the difference between them by Glomgold’s willingness to engage in deceit and skullduggery. When inspecting recent purchases Scrooge discovers trickery, and that increases as cash accumulates on a large empty area of Duckburg’s airport, the locals witnessing Glomgold’s pile as substantially larger. Even that’s not enough, however, and a desperation for acclaim leads him into temptation that Scrooge has resisted.

While not matching the mastery and ridiculous situations of Glomgold’s introduction, ‘The Money Champ’ is thoroughly entertaining, the gags and schemes well conceived, the plays on Glomgold’s name funny and the illustration, as ever, wonderful. Two nice touches are seen on the sample page. Barks comments on the fickle nature of acclaim with the Duckburg citizens who’d previously been proud of Scrooge and respected him, quick to transfer affection when Glomgold appears to be richer. It also features Barks setting up the finale, using the old gag of someone confidently vowing to eat a hat if they’re wrong. He later applies a clever twist to that.

Toward the end of his Scrooge run Barks would use Glomgold one final time, but disappointingly only indulging in simple villainy, lacking the stature of the character presented here.