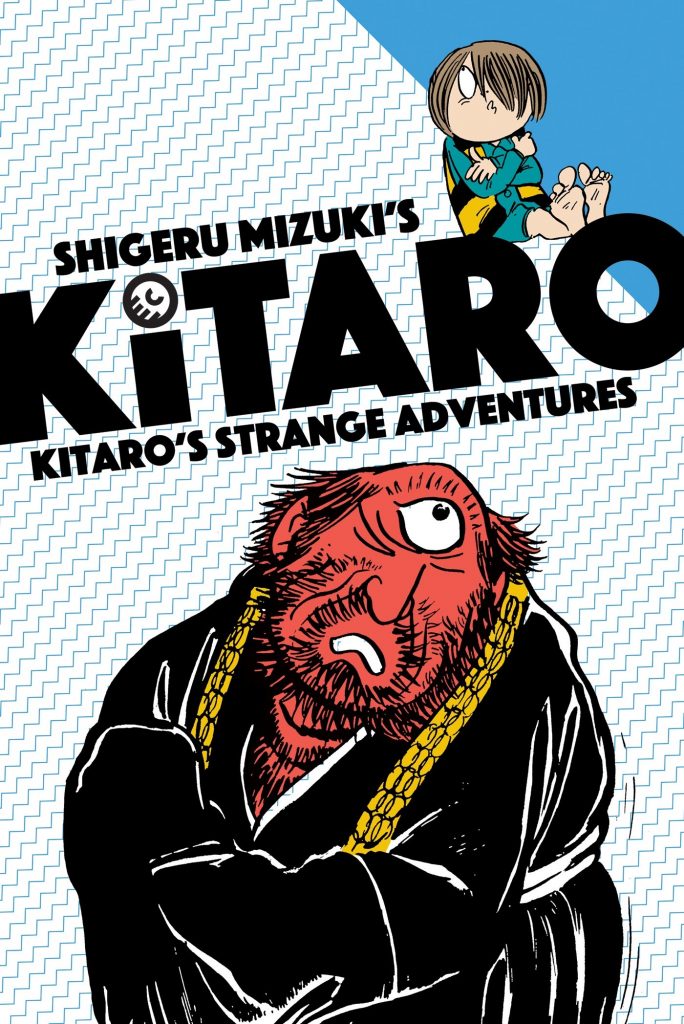 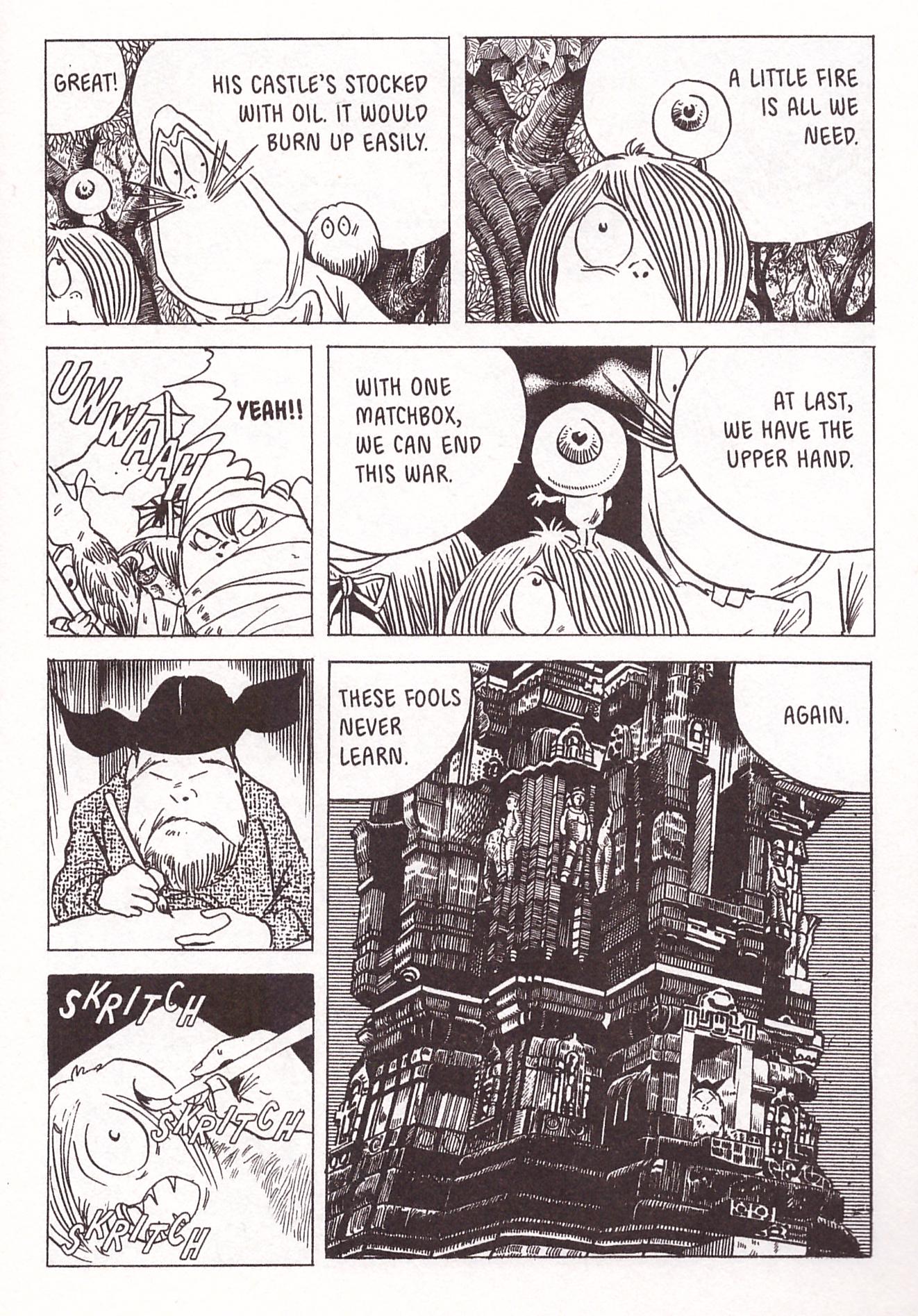 From the beginning Shigeru Mizuki settled on an artistic style of simple cartoon figures sometimes set against extraordinarily detailed backgrounds. There’s a precision to structures, and the same stippled intensity is applied to nature, via hills, caves and forests, and having the simple outlined figures wandering among this provides an unusual look. When Kitaro takes on Iyami, Mizuku goes a step further and draws his figures onto photographs, not the simple digitised process in 1971 that it is today. Unfortunately the full effect is lost due to muddy production, and it’s presumably not worth Drawn and Quarterly’s time to clean up the files for a few such panels. It’s odd as there’s a wonderful splash page to this volume featuring the Yokai Ido Senin, gloriously detailed and garlanded with flowers, yet here and on other more illustrative panels clarity is no problem. ‘Miage Nyudo’ is particularly rich in textured scenery, being set on a mountain. It’s another story where Yokai target naughty children, a warning Mizuki reinforces, and features the hilariously bizarre construction able to transform humans into Yokai.

It’s some while before Kitaro himself appears in the opening ‘Yokai Cloth’, shunted back in the pages to allow Mizuki to indulge himself by introducing assorted other Yokai and the beginnings of a conflict between them and trickster Chinese Yokai. They’re turning other Yokai into cloth and selling it to people who can then be controlled. It’s the collection’s longest outing at 65 pages.

Mizuki often applies unusually downbeat endings to his stories, yet they’re simultaneously funny. One here ends with Kitaro swallowed by a demon and bystander remarking that it’ll take him seven years to fight his way out if he’s lucky. Previous books have offered similar thoughts at the end of a story.

Other problems Kitaro has to contend with are all happiness being drained from the world, an actual demon from hell, and the demon Belial reduced to earning a crust from parlour magic tricks. That situation doesn’t last long, and the resulting story is another creepy tour de force with assorted body parts weaponised.

This is a timeless selection of stories, conceptually rich, very funny and with equal appeal for adults and children. Next is Kitaro the Vampire Slayer.