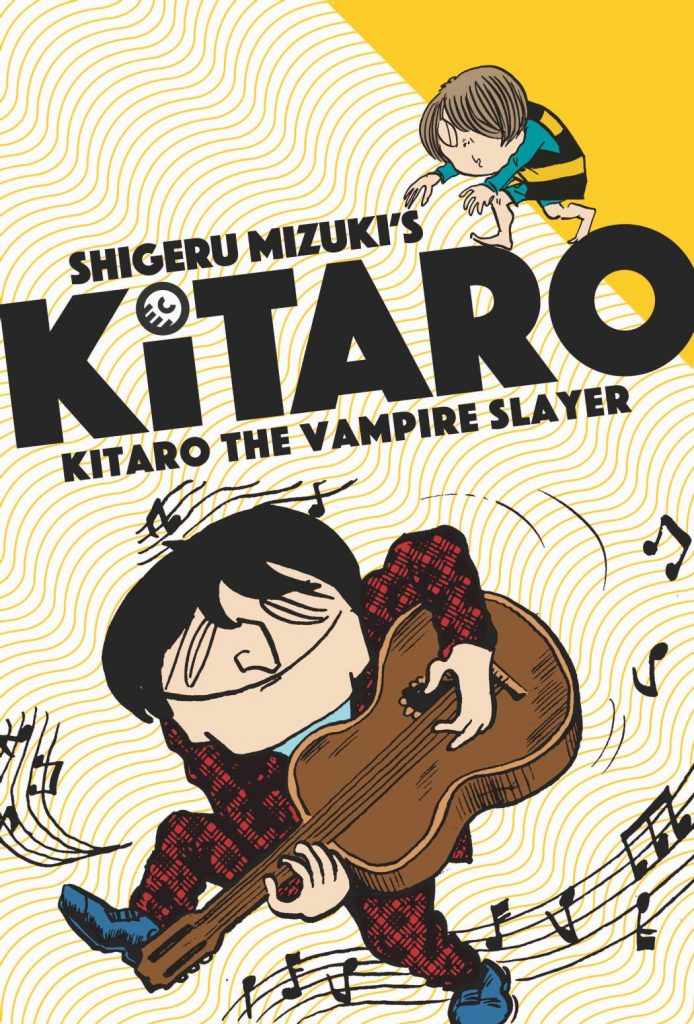 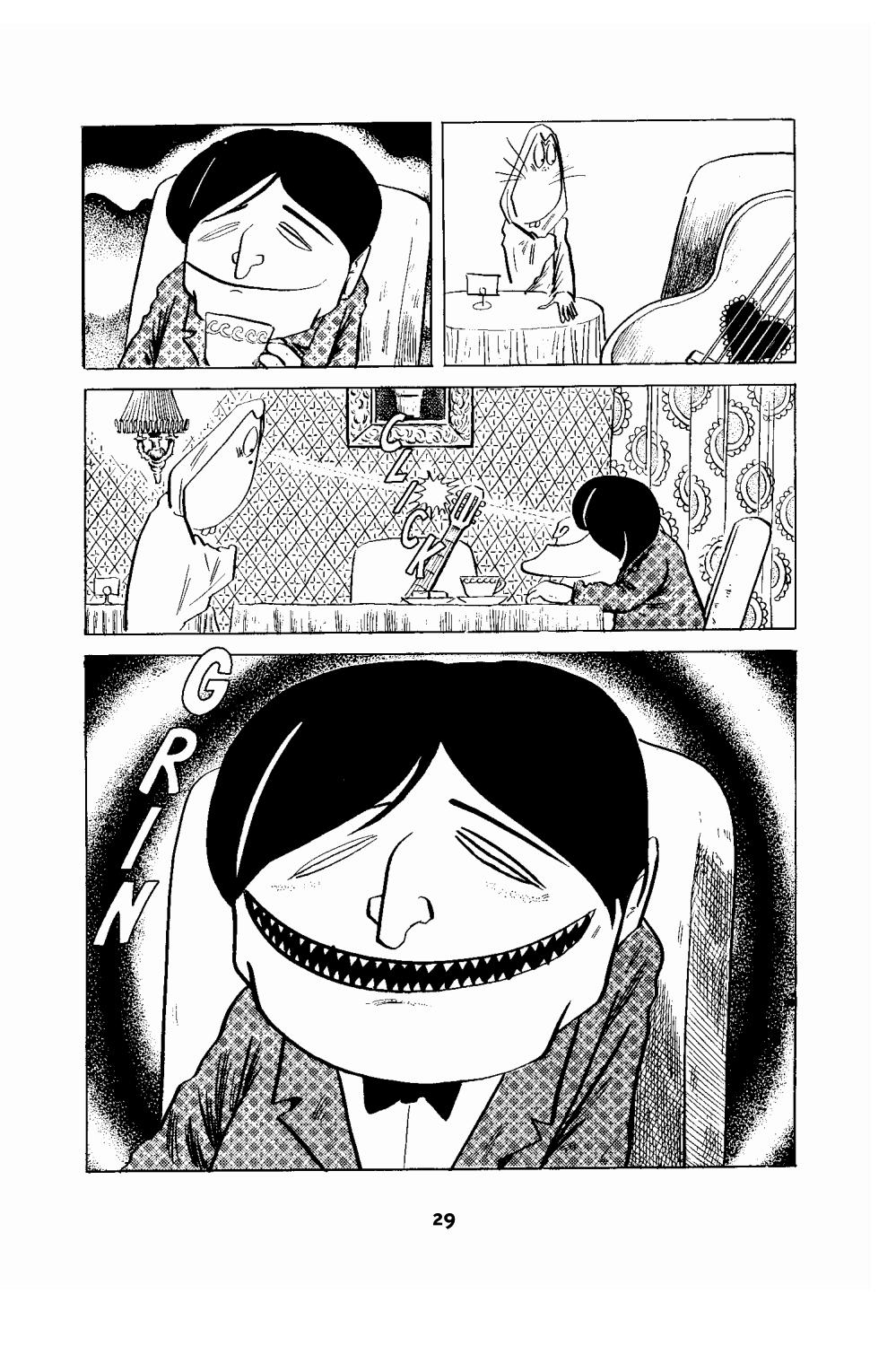 Given the sheer variety of Yokai monsters in Japanese mythology, something attracts Shigeru Mizuki to vampires. Over the first five volumes of Kitaro reprints, selecting strips from 1967 to 1971, he’s used two before, while the title strip and sample art introduce another, and Eryt is the best to date. Perhaps the appeal is the assorted looks Mizuki creates, this particular version a hilarious suave mod variation, almost like something created by Ronald Searle. How many vampires have you ever seen playing the guitar? As ever, Nezumi Otoko is there to be corrupted, willing to turn his back on Kitaro, and in this case national security, for personal gain, and Mizuku’s set-up sequence as Otoko is almost seduced by Eryt is hilarious. This is a very dense story compared with most Kitaro so far, Mizuku cramming the panels onto the page to convey jokes requiring movement, and all the wild turns, and even with that density it occupies well over half the book.

In The Great Tanuki War a long Kitaro outing wasn’t as successful as Mizuki’s shorter pieces, but there’s no such problem here. It’s episodic, but never seems padded, with Eryt a great individual supporting character drawing the attention, whereas the Tanuki were individually anonymous. He’s quick to brush off setbacks, and in common with other Mizuki vampires, slow to sink his teeth into anything, despite being determined to sample a government minister’s blood. Eyrt and Otoko carry most of the story, with Kitaro largely absent, and it’s inventive, completely bonkers and the hilarity level is high.

Such is the length of the opening story, it only leaves a combined 55 pages for the remaining three, the first of which features more vampires, although sadly none of them are as interesting as the guitar-playing Eryt. Breaking a pattern, ‘The Phantom Steam Engine’ isn’t titled after the Yokai it features, but rather by the device with which Kitaro saves the day. As the title might suggest, it’s a nutty story, and Kitaro’s walking eyeball father (don’t ask) makes a great sacrifice to save the day.

Something in which younger readers will delight, and is absent from equivalent American comics to this day, is the fair number of jokes about farting, peeing and having a dump. Most volumes have some reference, and it’s sure to prompt a snigger or two. Another strange topic features heavily in this volume: bed-wetting, although as the cause is said to be a Yokai footprint on the mattress, it’s dealt with in a face-saving way. The Yokai threat this time is Ubume, a giant bird, drawn in hatched detail by Mizuki, as is the labyrinth it lives in.

Ushiro Gami, a cactus Yokai, provides the final threat in what’s another thoroughly enjoyable selection. Drawn & Quarterly’s annual release schedule is about right. Mizuki packs a lot into his stories, but read too many at once and you can overdose. Pick them up as they’re issued in English, though, and each black and white pocket book is a treat. Next is Kitaro’s Yokai Battles. 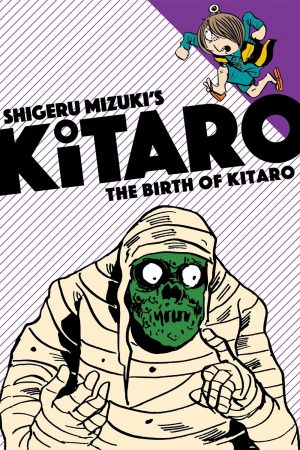