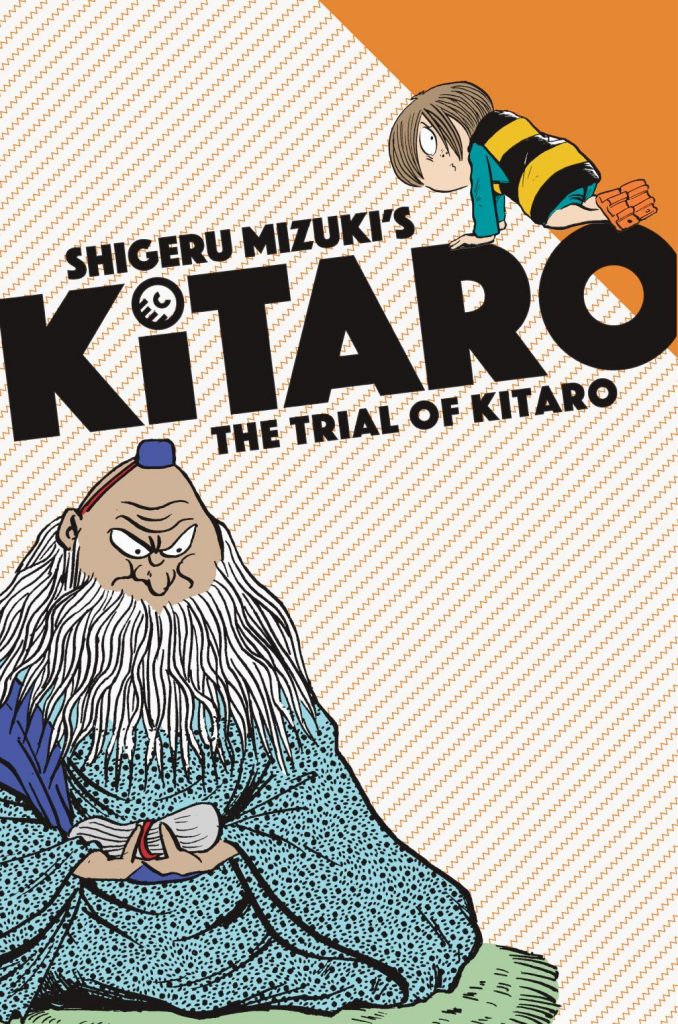 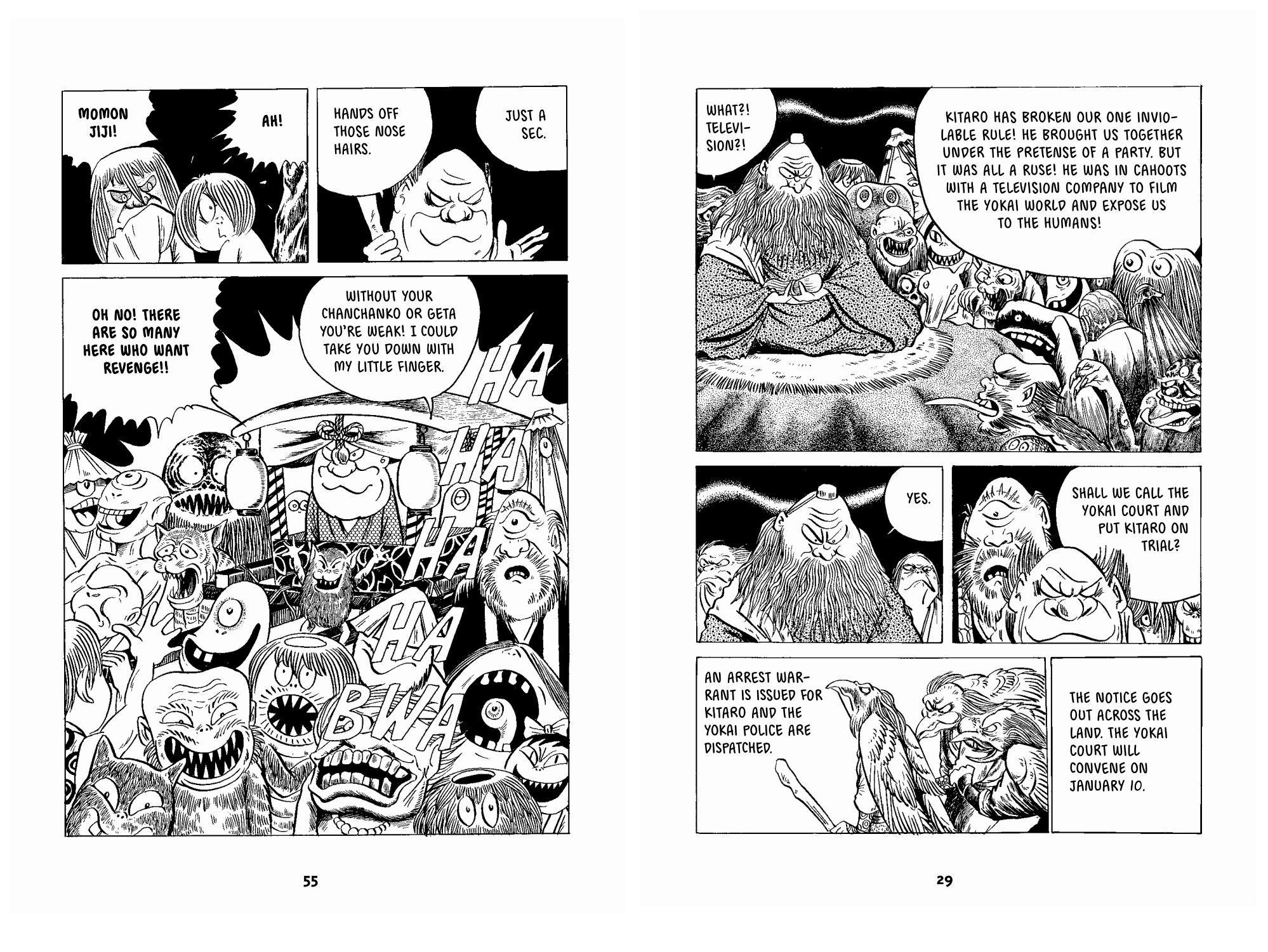 Zack Davisson’s introduction indirectly explains why Drawn and Quarterly’s Kitaro series has been limited to stories spanning 1967 to 1971, noting a clear demarcation line in 1971 when Shigeru Mizuki took stock of his career. He’d collapsed at his desk through overwork, and after returning from a holiday decided Kitaro should go wherever his creative muse led. Davisson’s listing of the results is intriguing, and it’s hoped they’ll see print in English at some stage.

The Trial of Kitaro, though limits itself to late 1968, 1969, and a single 1971 strip, with the title story being the longest at just under half the book. It begins with the trickster Nezumi Otoko informing a film studio that there’s a cave where all Yokai monsters gather annually. The problem he then has is how to arrange such a gathering. Still, when you’re lacking any scruples, that’s easily solved, and an invitation with Kitaro’s signature faked does the trick. The trial of the title is the result, poor Kitaro completely unaware he’s considered to have betrayed the Yokai, but it doesn’t actually occupy more than a few pages, and Mizuki’s path is more to do with Kitaro clearing his name. Different Yokai abound, most just as background colour, and as seen on the sample page, Mizuki designs some great mad monsters, yet bearing the audience of youngsters in mind, they’re not too scary.

More so than any other Kitaro book so far released in English, this is a terrific showcase for Mizuki’s artistic versatility. For starters, The Trial of Kitaro features more spreads. Plenty of panels have his loose cartoon figures overlaid on intensely detailed backgrounds, and not all the monsters are as family-friendly as those in the sample art. The second story begins with an amazing looking demon jumping from a rooftop onto a funeral procession, and the same story has a trippy scene of floating eyeballs in addition to pre-empting the famous stomach-bursting scene from Alien, although that’s only in the dialogue. There’s a giant squid sequence, this realistically supplied in pen and ink, and as before, one story is told by packing up to twelve panels onto a page, rarely fewer than eight, yet never seeming crowded.

Some great comedy timing is on show in the third story, about a pot consuming people, and in common with almost every other contribution here, Nezumi Otoko has no qualms about selling Kitaro out if there’s money to be made. Kitaro’s not above tricks himself in desperate situations, as we see, and the finale is Nezumi and Medema attempting to evict a Yokai from the house of a very rich child. It’s more disturbing than the other stories for sticking closer to things that could happen in the real world, and has a neat twist when Kitaro the painter turns up at the end.

It’s been another fulfilling journey into Mizuki’s prodigious imagination, and we can only hope to see the later, wilder stories in English.