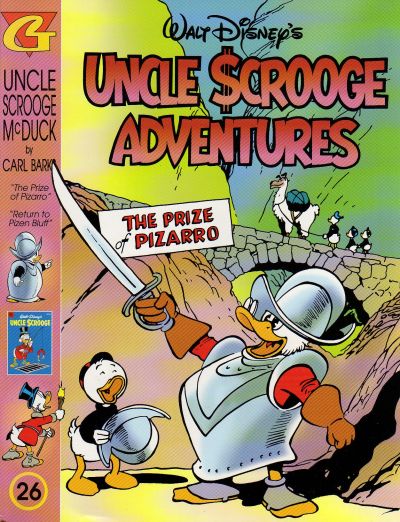 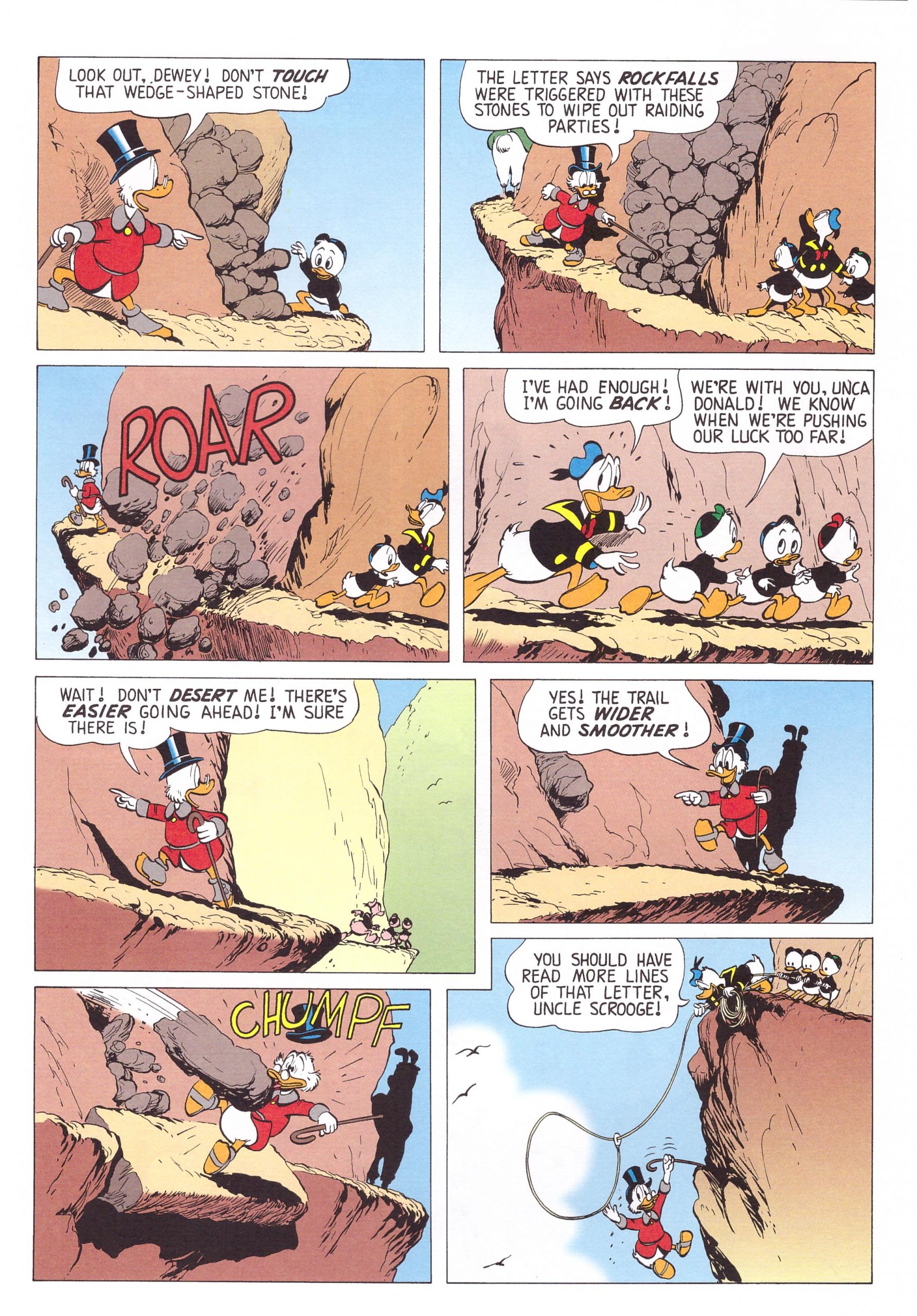 While to the wider world Scrooge McDuck is best known as the crotchety equivalent to his Dickensian miserly namesake, fans of the Carl Barks stories most appreciate Scrooge funding glorious adventures around the globe searching for more treasure. ‘The Prize of Pizarro’ is the last of his great treasure hunts by Barks, who did produce a few more, but they lack sparkle.

Hardcore fans tend to dismiss this as there are trivial similarities between it and ‘The Seven Cities of Gold’ (Uncle Scrooge Adventures in Color 7). The location is similar, as is one of the threats, but it’s a threat that bears repeating and is here used very differently. It also adheres to many of Barks’ template techniques, but the same can be said of so many of his other stories. Perhaps the great art and tight plot, can taken for granted, but there’s a twist to the comical lost civilisation, and the precision of the slapstick gags is exquisite. Barks also resorts to the strict application of a moral code. For once Scrooge has shown generosity in purchasing an old Spanish galleon for Duckburg, so when he inspects it he’s rewarded by finding a lost letter that promises the location of the Inca gold mines. Using it as his guide, he leads his nephews to Peru, and places named the Canyon of Slippery Slopes, the River of No Return and the Chasm of the Leap for Life, with the inevitable visual accompaniments. As if that wasn’t enough, there are funny newer traps, almost with a gameshow quality, and hilariously evaded with a repeated gag. It’s also nice that Scrooge and company never actually meet the Incas, and that Barks departs from his template at the end, leaving Scrooge no wealthier.

The five page back-up has Scrooge recalling earlier days as gold miner in Pizen Bluff, later memorably extrapolated by Don Rosa in his Life and Times of Scrooge McDuck series. Barks slips into amusing absurdism for the solution, as Scrooge has a strange dream and journeys to Pizen Bluff to find it’s come true. However, things keep changing, and he can’t figure it out. The solution is funny, but Barks himself seems to have wondered if it was viable, Scrooge noting in-story that no-one would be likely to believe him if he told them the truth. It’s silly, and perhaps a little stretched to reach five pages, but a nice contrast in tone to the opening epic.

These stories are now more easily located as part of the 2020 hardcover collection Twenty-Four Carat Moon.