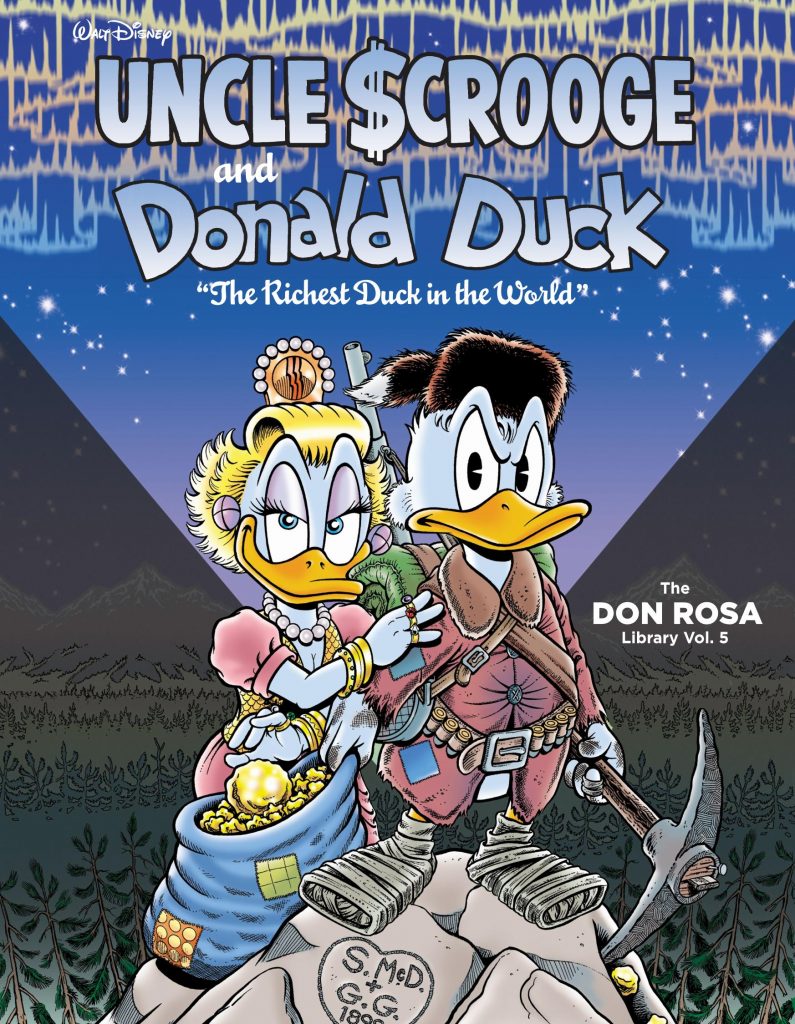 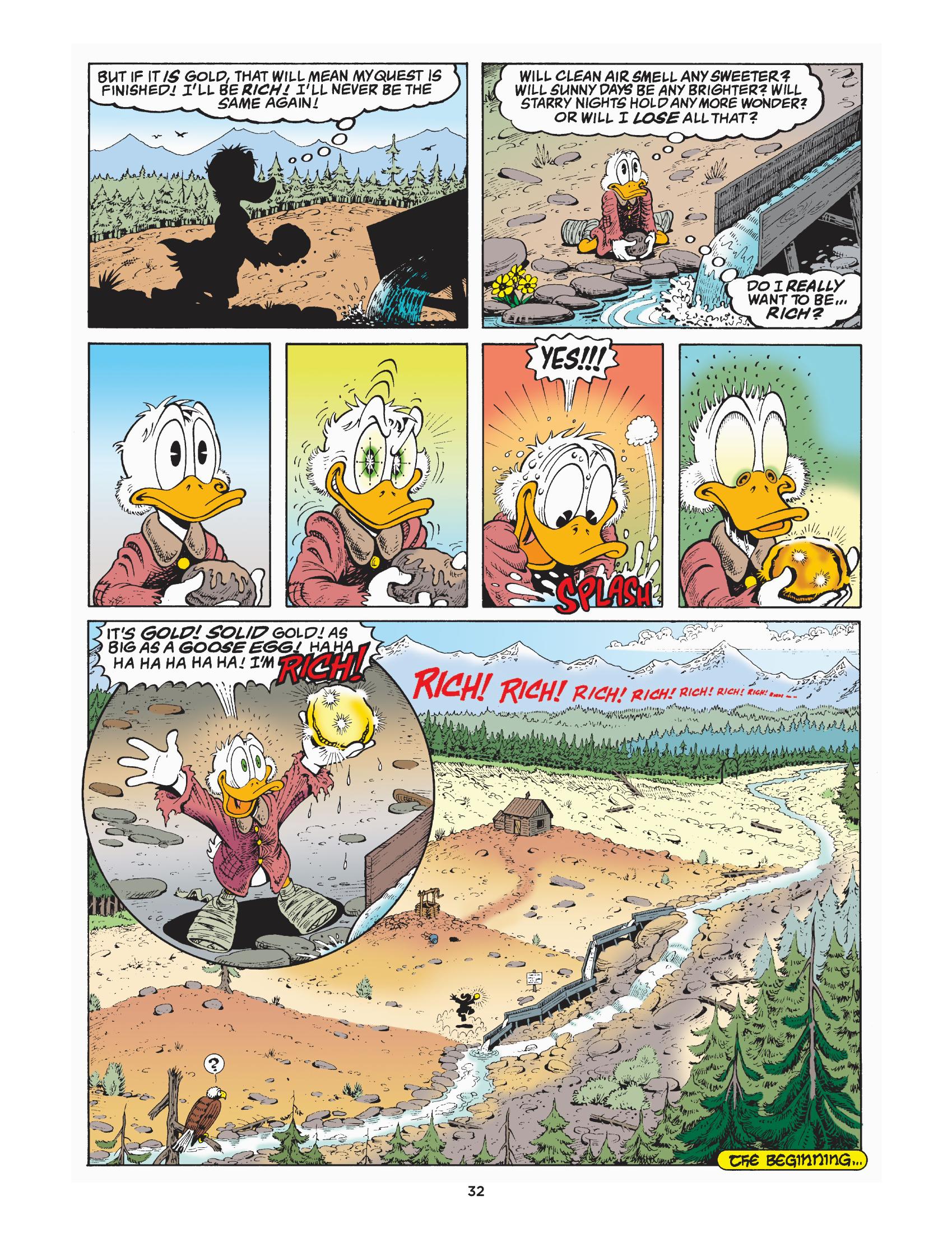 Another wonderful selection of Don Rosa’s work features all but one of the stories as full length, five of them concluding ‘The Life and Times of Scooge McDuck’, and two commissioned by Norwegian publishers to commemorate special events in their country.

While the earlier biographical chapters were excellent, these five are even better because Rosa switches the mood so often. The previous tales were almost all adventure strips as Scrooge travelled the world earning experience, whereas these encompass adventure alongside the knockabout comedy of Scrooge returning to Scotland, and the nearest Disney get to horror as he’s tracked by a zombie. The opening chapter sees Scrooge strike it lucky when gold mining in the Yukon, a period Rosa had visited before, and will do again. The “goose egg nugget” as seen in the sample art is the foundation of Scrooge’s fortune, and is unearthed in the final biographical chapter set in the 19th century. Rosa flits through the years faster from this point as he gradually reduces Scrooge from the triumphant miner to the sourpuss skinflint Donald Duck first met in the Carl Barks story ‘Christmas on Bear Mountain’. The alienation of his family in favour of earning more money he doesn’t need is brutal, but Barks gives his saga a form of upbeat ending by connecting his final story with that Barks introduction. The Life and Times of Scrooge McDuck has previously been available in single volume editions.

‘Guardians of the Lost Library’, was produced to tie in with Norway promoting the value of books for a year in 1993, and Rosa’s not that keen on it. His points are valid, that it’s too much a travelogue without enough consideration of featuring jokes and adventure. On the other hand, it’s hardly a bad story, where the plot leads is excellent and some of the jokes are very good.

With the previous volume and most of this concentrating on Scrooge’s life story, Donald barely appears, but is the star of this collection’s single short strip, as he challenges Gladstone to become Duckburg’s representative at the Winter Olympics. Rosa’s notes again reveal he’s rather hard on the strip. He’s right that some of the jokes are obvious, but there are excellent aspects, such as how he manages to subvert Gladstone’s astonishing luck, yet remain true to his character, and the staging of the jokes. The art, as ever, is far better than Rosa thinks and there’s good use of funny wildlife, from a fish stuck in a magnet to a cameo for a lemming with a locket.

Moving beyond the stories, this collection is packed with cover reproductions, other illustrations, story roughs, and Rosa’s copious and enthusiastic comments, notably on how he constructed Donald and Scrooge’s family tree. However, this is the first time in the series that production issues have intruded. The established format calls for Rosa’s stories to see print in the order they were first published. Unfortunately, sticking rigidly to that as a matter of editorial choice interrupts the flow of ‘Life and Times’ by the other stories intruding between the chapters. In this instance, couldn’t they have been bumped to the back of the book with an explanatory note?

Scrooge’s biography might be complete in twelve chapters here and in the previous Last of the Clan McDuck, but Rosa was unable to resist further glimpses at Scrooge’s past, and the first of them can be found in The Universal Solvent.