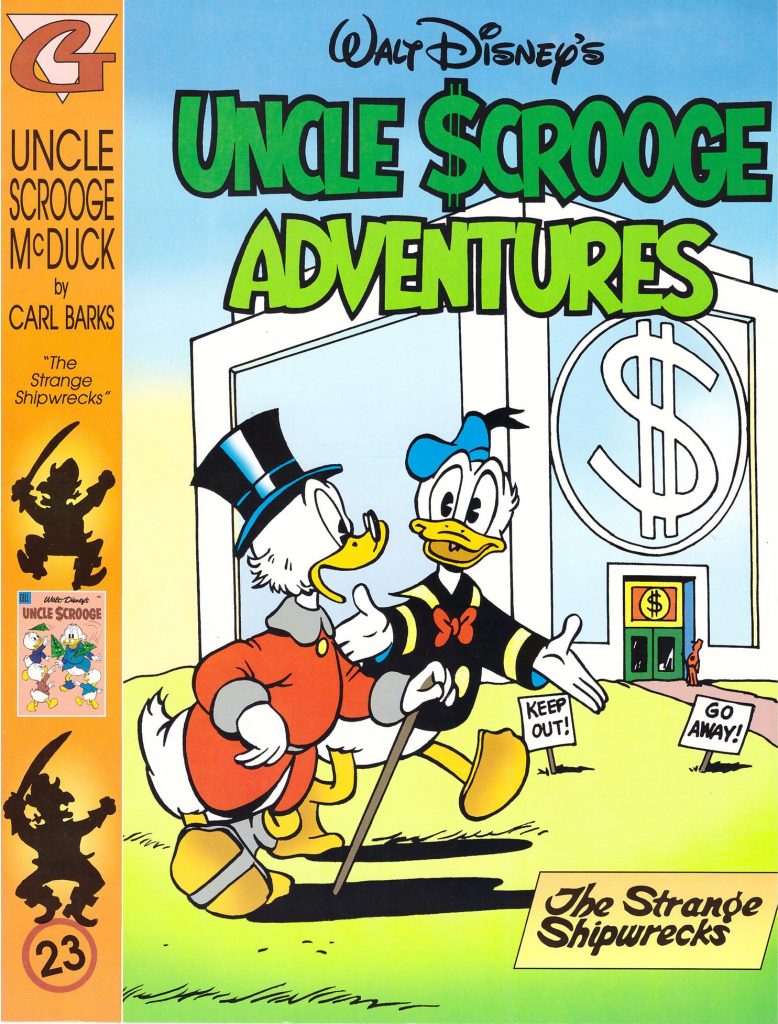 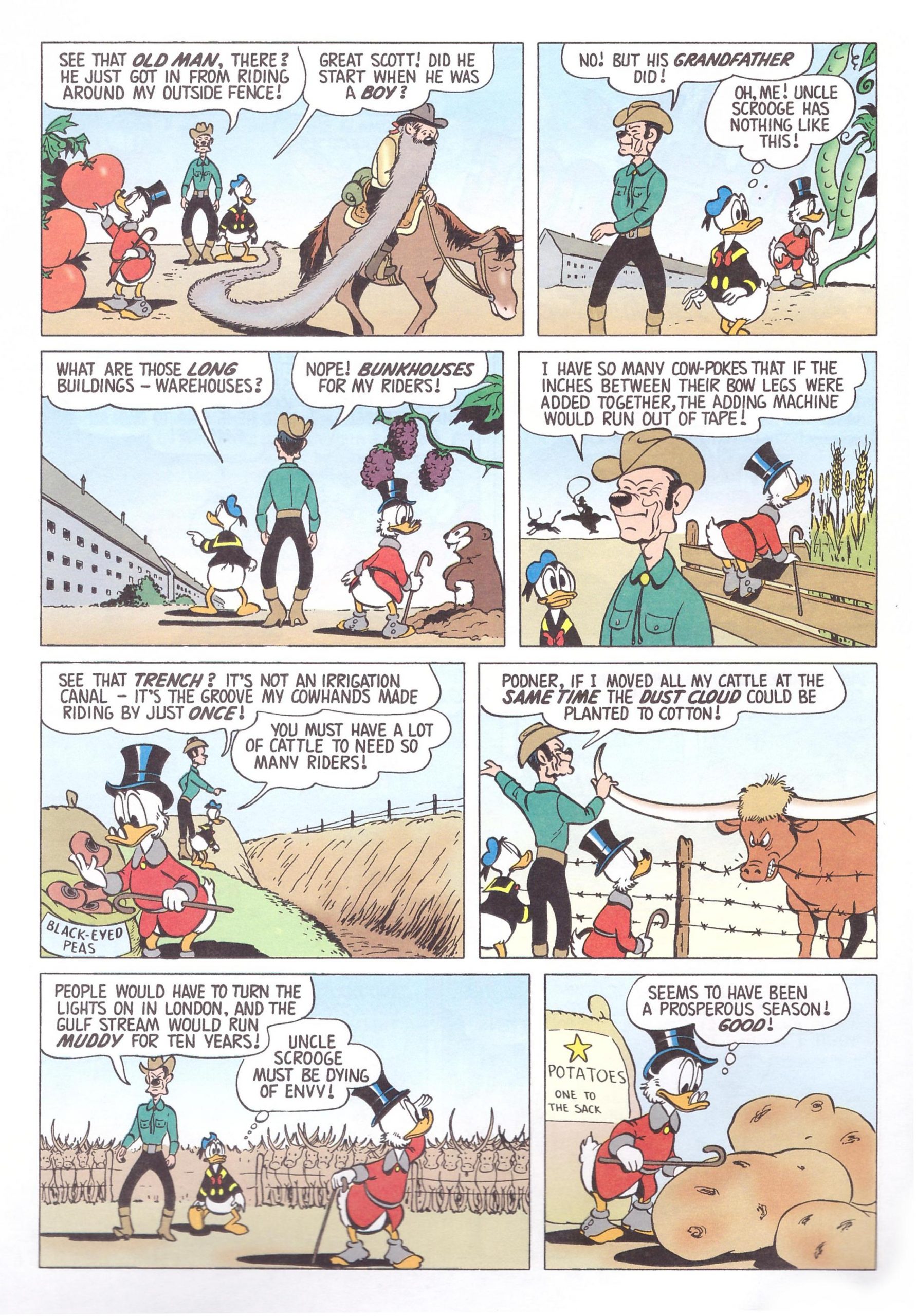 Gladstone’s choice of cover is peculiar, barely representing the content within, but then ‘The Strange Shipwrecks’ is a contradictory story. The cover enlarges the splash panel, in which Donald asks Scrooge for a job, going on to explain how he’s just passed a detective course. Yet much of the early detective work is carried out by Louie, who accompanies Scrooge to a remote lighthouse in an attempt to discover why his ships are running aground there. That the three brothers are separated for any length of time in a Barks story is exceptionally unusual, but Huey and Dewey remain with Donald. The lighthouse keeper mentions a ghostly presence said to haunt the region, but he and his helpers all look remarkably similar and dress remarkably similar. Hmmm.

Among so many other talents, Barks was a master of the technique of disguising people in his stories, but not to the point where the younger readers wouldn’t have the satisfaction of being a step ahead of the revelation, in this case that the Beagle Boys have taken over the lighthouse. Were it not for the sheer volume of similar looking people these would be better disguises than usual, though. Once their true identities are out in the open, the spotlight switches to Donald, Huey and Dewey, and qualification or no qualification, Donald does precious little detecting. He’s instrumental in the finale, but that’s more down to chance than deduction, as his primary purpose is slapstick reaction to make the children laugh.

If Barks has a weakness, it’s the occasional rushed ending to his longer stories, and this is especially abrupt. Almost running into a brick wall abrupt. The necessity was for the original comic to include another five page Scrooge strip ‘The Fabulous Tycoon’, and while it can be seen that extending the first story a further five pages instead would be the wrong decision, this ending could be better.

The second story works perfectly. It’s another of those where Scrooge is concerned about not being the richest person in the world, and as per the sample art, Barks comes up with some wonderful exaggerations about how much Longhorn Tallgrass owns. He’s from Texas, don’t you know, and Barks was pleased enough with him to include him in ‘The 24 Carat Moon’, his next Scrooge story. Barks’ imagination is in top gear, able to include four pages of hilarious indicators of just how rich Tallgrass is before the exquisitely plotted ending. Why Barks was pleased enough with this to cut his lead story short is on display. It’s a simple set-up and gag conclusion, but paced to perfection.

There’s much to admire about Barks’ toying with the old sea legend of the Flying Dutchman, including some nice family dynamics, but the waste of Donald being a detective and the rushed ending mean it’s not among the most fondly remembered Barks duck tales. It sparked Barks’ imagination, though, and he’d return to the idea of a ghost ship in ‘The Flying Dutchman’ two albums down the line. ‘The Fabulous Tycoon’, though, is very funny.