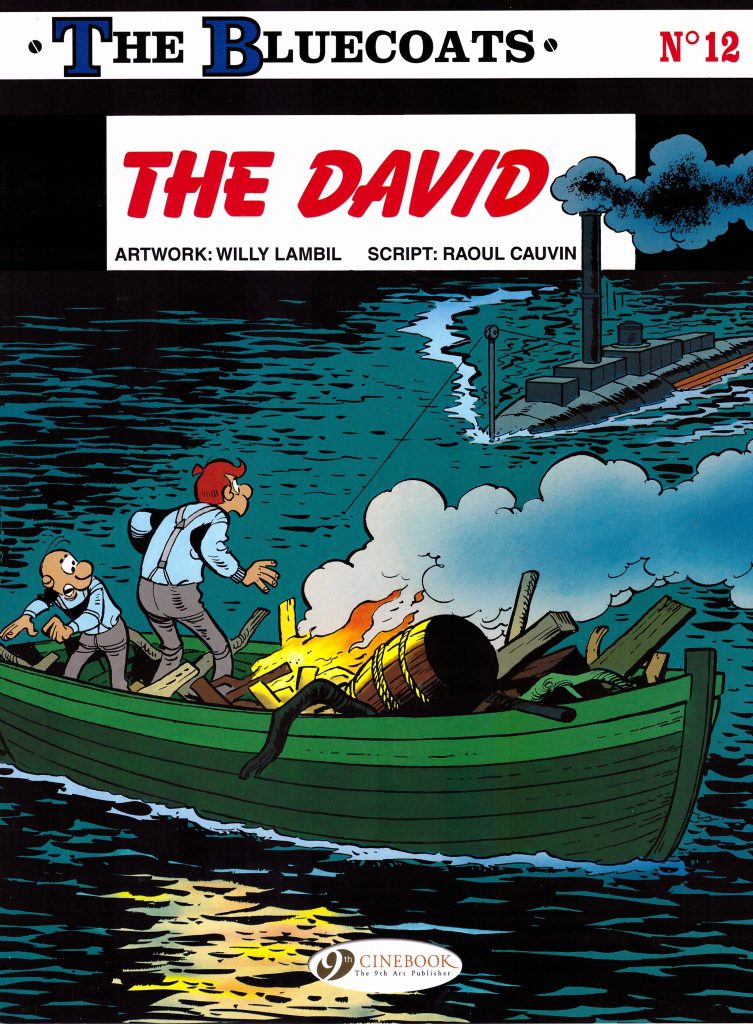 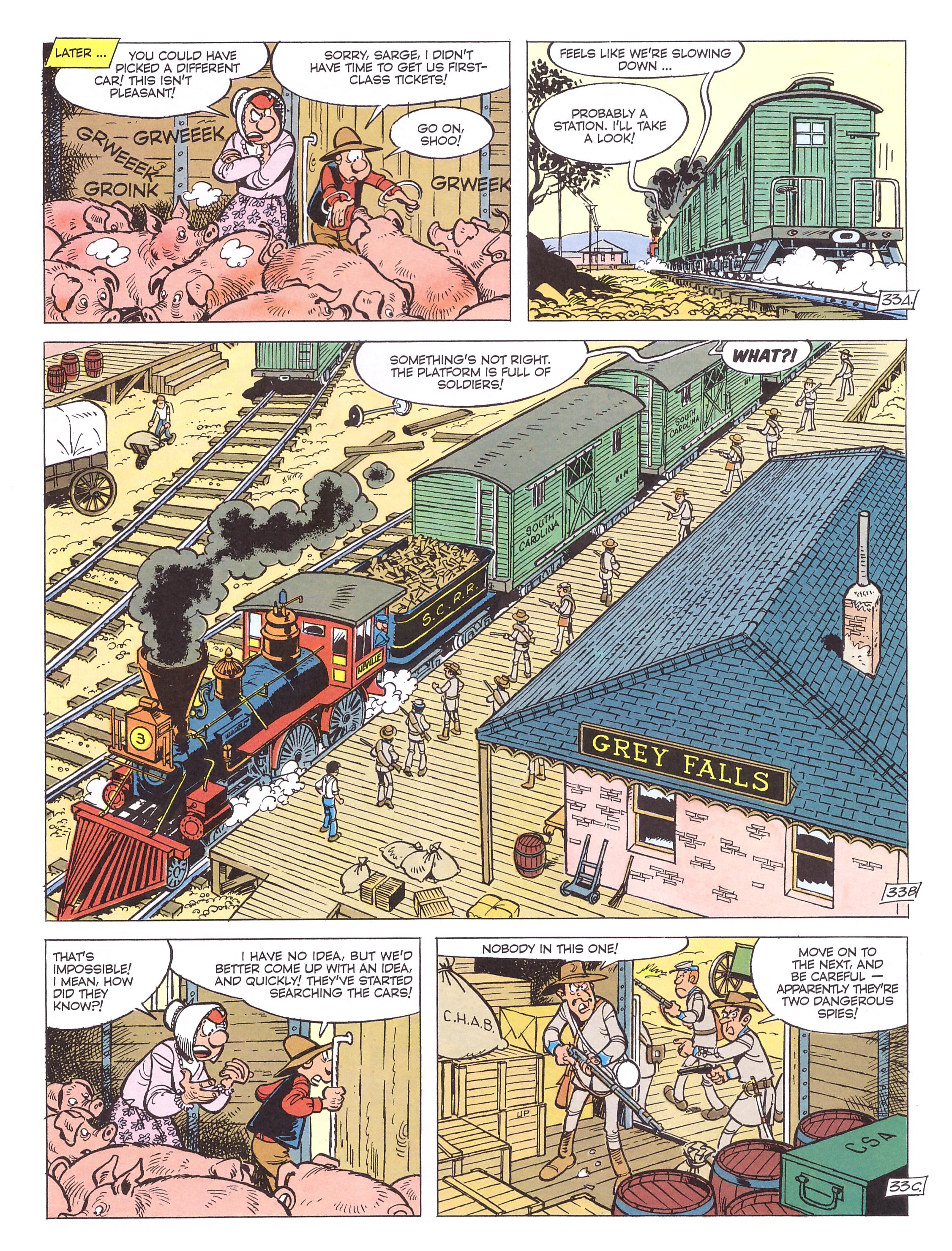 Opening The David, it seems as if Corporal Blutch’s time is up. His contempt of officers and their stupidity has resulted in his being imprisoned, as he’s refusing to apologise regarding his opinion of the charge-obsessed Captain Stark’s casual attitude to the lives of serving troops, he’s scheduled for execution. It would make for grim reading were it not for the great cartooning of Willy Lambil, who supplies a suitably grumpy Blutch and ensures the surroundings are cheery enough to deflect the dark atmosphere. Fortunately for Blutch, Raoul Cauvin’s plot needs two men for an extremely dangerous mission behind enemy lines, and the carrot dangled in front of Blutch is that he’ll be discharged from the army if he accepts.

The US Civil War comedy continues from Auld Lang Blue with the first look at naval engagements since Navy Blues early in the series. The Confederates have introduced a new weapon that causes ships to explode, and so can break the naval blockade the Union have imposed. The dangerous mission involves a trip to Charleston in order to discover how this is happening, and Cauvin wrings the utmost slapstick comedy from our heroes in disguise as two wounded Confederate soldiers. Blutch is supposed to be blind, pushing Chesterfield in a wheelchair. However, that’s not the only source of comedy. Having introduced Blutch’s contemptuous attitude toward officers, Cauvin also runs with that, leading to a couple of hairy moments as Blutch pushes his luck. As ever, the historical items have been well researched, if exaggerated for laughs.

Lambil isn’t just first rate with a constantly surly Blutch, he’s an artist with a high work ethic who puts the effort into all aspects of his cartooning. His military uniforms and equipment are fully detailed, and his version of Charleston is town in which people live, and can be seen in the background of all daylight panels going about their business. The sample page shows an example of his expanding to a half page illustration if he really wants to impress, and while a couple of others like that occur, Lambil’s more usually packing a lot into four rows of panels per page.

In English at least, The Bluecoats is a thoroughly under-rated series, and The David another excellent album.