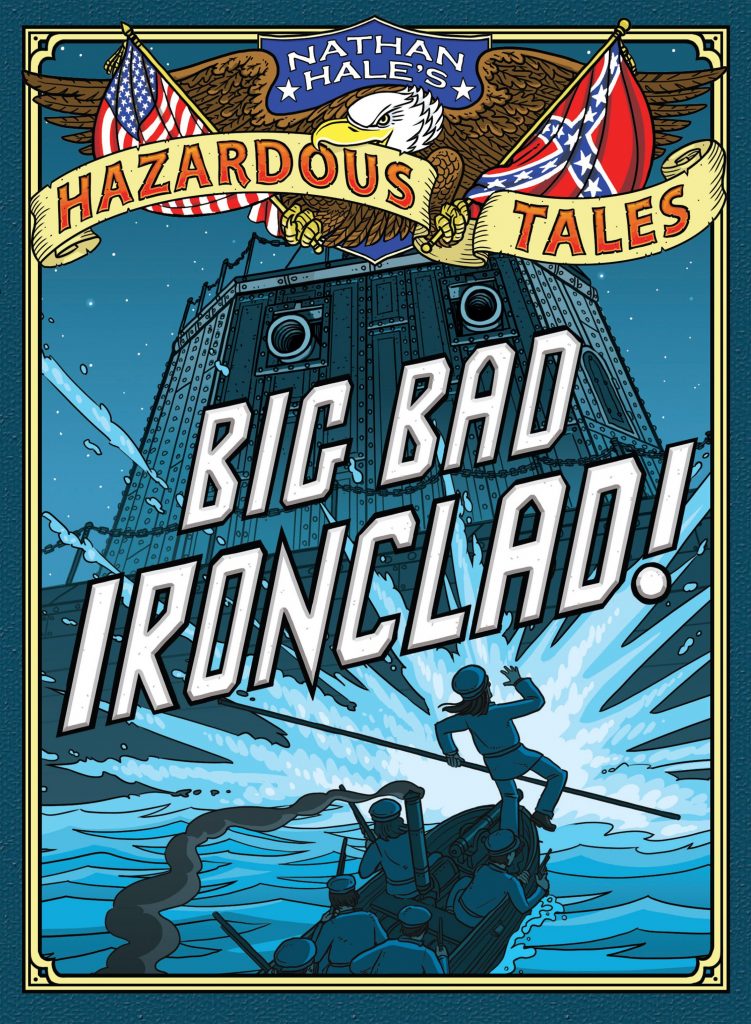 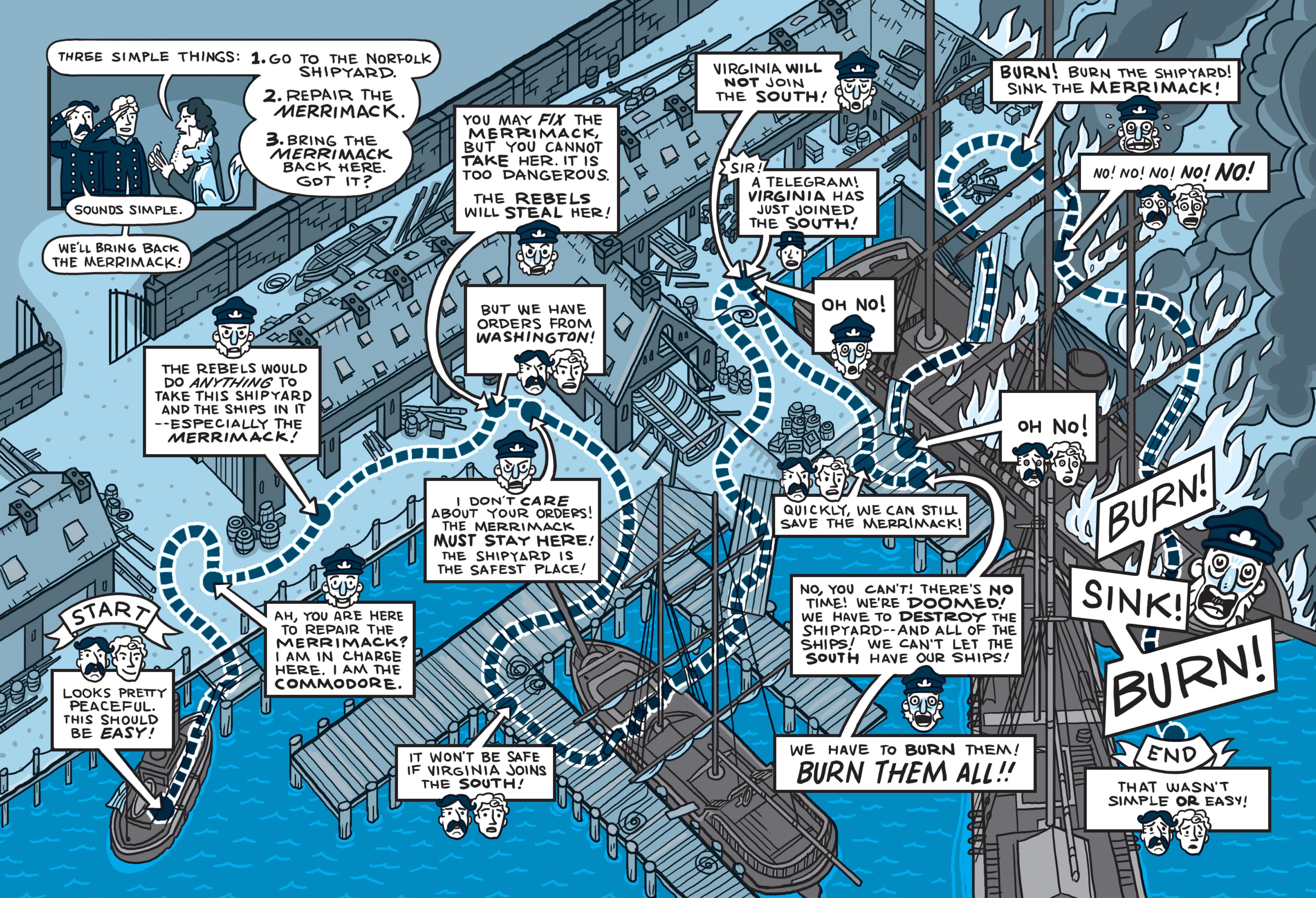 The story of historical Nathan Hale was related in One Dead Spy, the narrator being Hale himself after immersion in a magical history book, and if that wasn’t confusing enough, the creative mastermind was another Nathan Hale born over two centuries later. Both Hales are back for this story of the US Civil War, the narrator along with his hangman and the British Provost who wants to see him hang.

As in his previous book’s focus on the US War of Independence, the assorted battles and feints of the Civil War are complex, and Hale distils them to their essence in order to convey the details as clearly as possible. As seen by the sample art, this requires some ingenuity when it has to encompass quick changes of circumstance. The core of his story is the legendary naval battle between the Merrimack and the Monitor, what were known as Ironclad ships due to their metal shileding, and the eventual result might surprise, but before getting to it Hale explains the poor state of the North’s navy. During the 1860s an armoured warship was a devastating weapon, and with the Merrimack the first in the USA its introduction immediately results in the largest defeat the US navy suffered until Pearl Harbour. This is also the story of Will Cushing, first seen being expelled from navel college after a series of pranks, and by the end of the book a genuine war hero.

The good natured form of the narration perhaps disguises how efficient Hale (the creator) has been in ensuring how much knowledge is imparted over 120 pages. The clarity is helped by his colouring the otherwise black and white pages in either blue or grey according which side of the conflict is being spotlighted.

While there was a purpose to Nathan Hale and companions narrating his own story, it’s not as obvious for events eighty years in their future, and at times their presence as narrative stopgaps is intrusive. Also rather whimsical is illustrating a naval officer named Fox as a fox, although in common with others used for historical accuracy, Hale was unable to source a reference picture. Biographies, reference lists and other background information can be found in the back of the book, and both Hales return for Donner Dinner Party. Alternatively, that’s combined with this and Alamo All-Stars for the second Hazardous Tales Box Set.