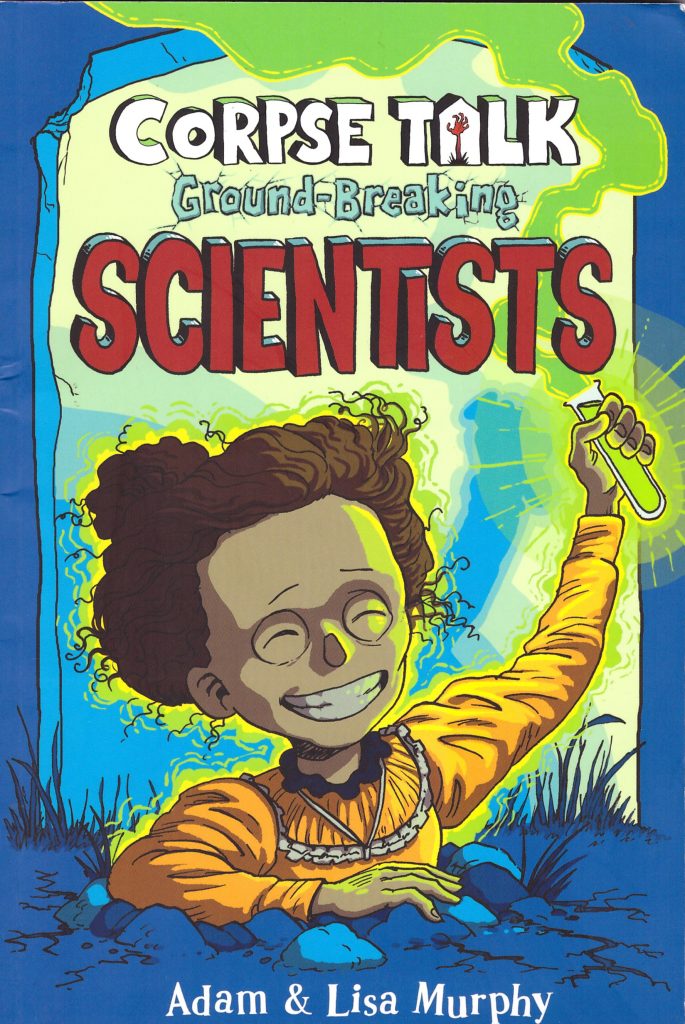 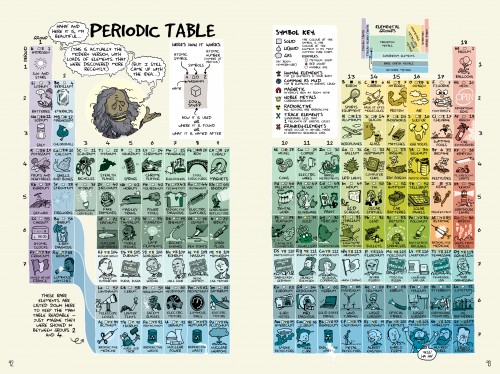 Adam Murphy’s third selection of interviews via disinterring the deceased for conversation varies his formula slightly. The page size is slightly reduced from previous books, a theme is applied, and some of the interviewees are returning for a second time. Marie Curie, Albert Einstein, Alexander Von Humboldt and George Washington Carver were all seen in Season One, but another change is the strips being extended to a minimum of four pages, with an extra spread further explaining the significant work and what resulted from it. This means Murphy doesn’t have to squeeze up to twenty tiny panels onto a page as he has in the past. Lisa Murphy is now cover credited, but there’s no indication if her contribution extends beyond the colouring she applied to Season Two.

As superbly entertaining and educational as the previous books were, this new format is even better for giving Murphy space. His cartooning can spread out from being just functional, and the expressive exuberance of the presentation allows some greater underlining of how monumental some of these scientific discoveries were. Some are so monumental that science hasn’t managed to replicate the feats since, such as the form of glass burning rays Archimedes devised that managed to keep Roman ships at bay for two years. As previously the format is that Murphy chats with the historical personage, making jokes, but revealing their importance. His research results in a cascade of facts that will surprise adults, never mind the children at whom Corpse Talk is primarily aimed. Issac Newton invented the ridges on the edges of coins; children were routinely exposed to potentially fatal smallpox on the basis that they’d encounter it at some stage of their lives, and better sooner than later; Charles Babbage waged war on street musicians while James Barry spent her entire medical career as a man.

Because the book is aimed at a younger audience Murphy doesn’t present a comprehensive history of his subjects, so there’s no mention of Alan Turing’s persecution, just his achievements. In addition to the infectious enthusiasm of the strips, Murphy concludes each section with supplementary material, teaching how to make a miniature hovercraft, that Marie Curie’s notebooks are still so radioactive they’re kept in a protective covering, and how peanut butter is made. The entire format is fantastically entertaining.

Ground-Breaking Scientists will spark imagination while teaching painlessly. Every English language school should have copies of this book. Up next is Ground-Breaking Women.