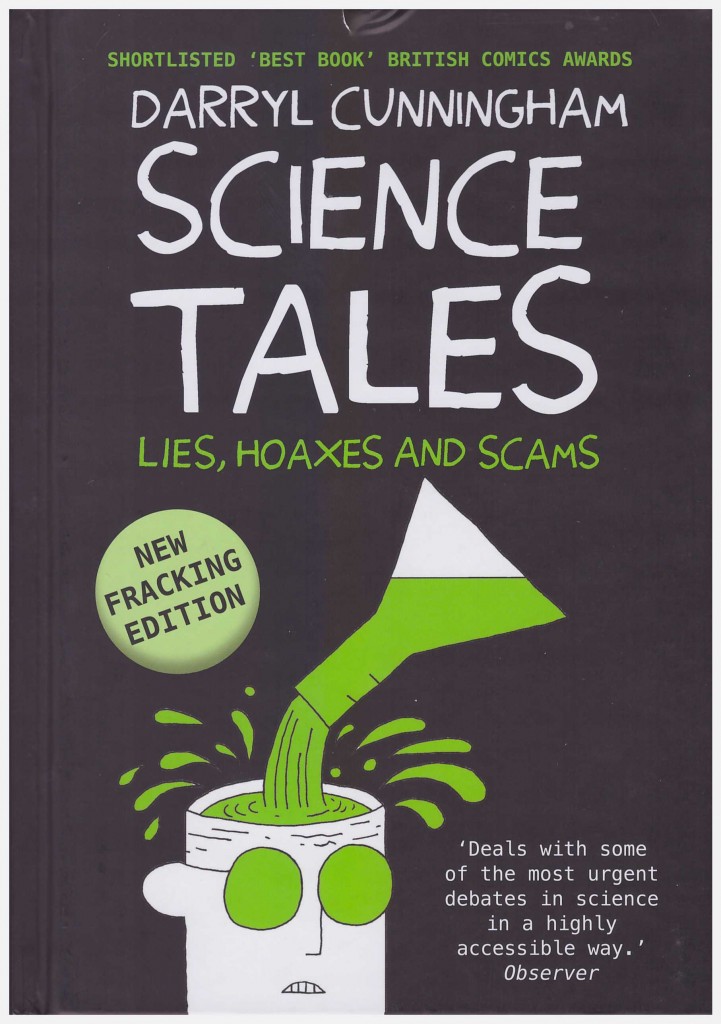 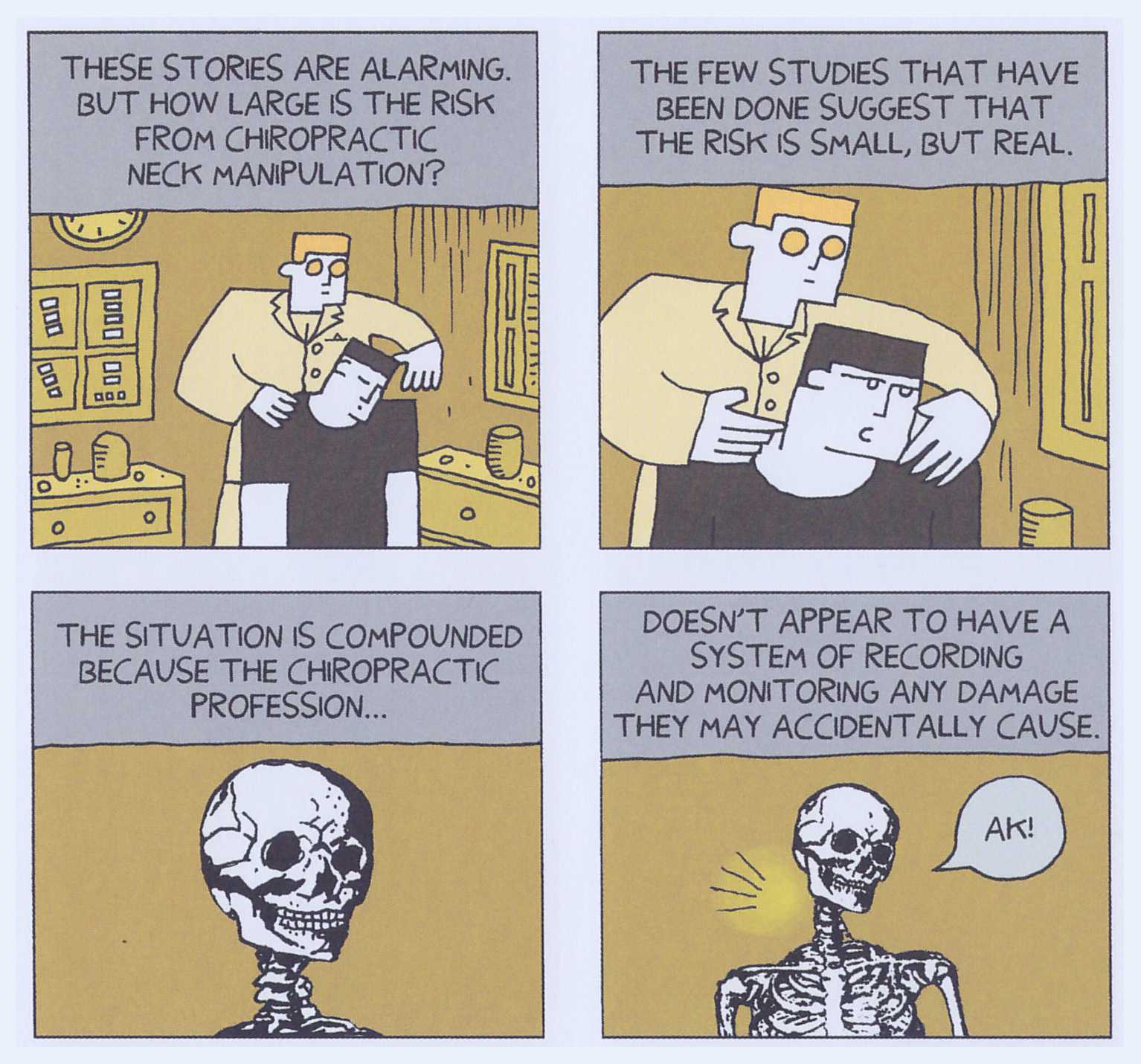 Science Tales is Daryl Cunningham’s authoritative refutation of myths associated with poor understanding of science. His introduction acknowledges the distinction between distrust of commercial influence and possible corruption and the purity of science, noting the peer review process eliminates all doubt regarding the science itself. He lays out his case in easily digestible fashion via simple illustrations of his everyman stand-in and inventive use of photographs and pictures. For those with no particular axe to grind and an interest in the truth Science Tales should prove both informative and engaging, and Cunningham’s succinct presentation delivers the facts with no prior scientific understanding required.

Topics covered address several groups of naysayers. Commercial interests very much want to deny both climate change and the possible dangers of fracking, various religious organisations abhor evolution and it’s conspiracy theorists who persist in the belief that moon landings have been faked. Cunningham takes them all on, delivering the scientific processes involved and picking apart the arguments against proven science in methodical fashion. Where commercial interests are involved, though, there is the distressing conclusion that in the short term at least, particularly in the USA and UK, lobbying is currently effective in neutering environmental concerns. Cunningham points the finger at idle journalism, once an effective check, now perpetually eager to report sensational news without investigating, and sluggish when it comes to highlighting discredited stories.

This is exemplified in the case of Dr Andrew Wakefield, whose commercially motivated deceit persuaded many parents of a possible link between autism and a combined measles, mumps and rubella vaccine (MMR). He manipulated research, having already patented a single measles vaccine, used unethical testing methods on children, and the result of his successful global press manipulation has been measles outbreaks in several countries with large English-speaking populations. The peer review process that eventually discredited Wakefield lagged well behind his sensationalist claims, and some still consider him a victim of an entrenched conspiracy.

One interesting element is that Cunningham, elsewhere so precise and logical, is seemingly unaware of undermining his case regarding medical treatment, unfortunately in the opening chapter. He concedes that no-one really knows why electro-convulsive therapy sometimes works on psychiatric patients, but it does. This is a scientifically endorsed procedure, yet the justification is equivalent to that used by alternative health practitioners for methods science can’t explain.

The 2012 edition of Science Tales lacked the chapter on fracking, which does appear in the North American edition, but that’s titled How To Fake A Moon Landing.