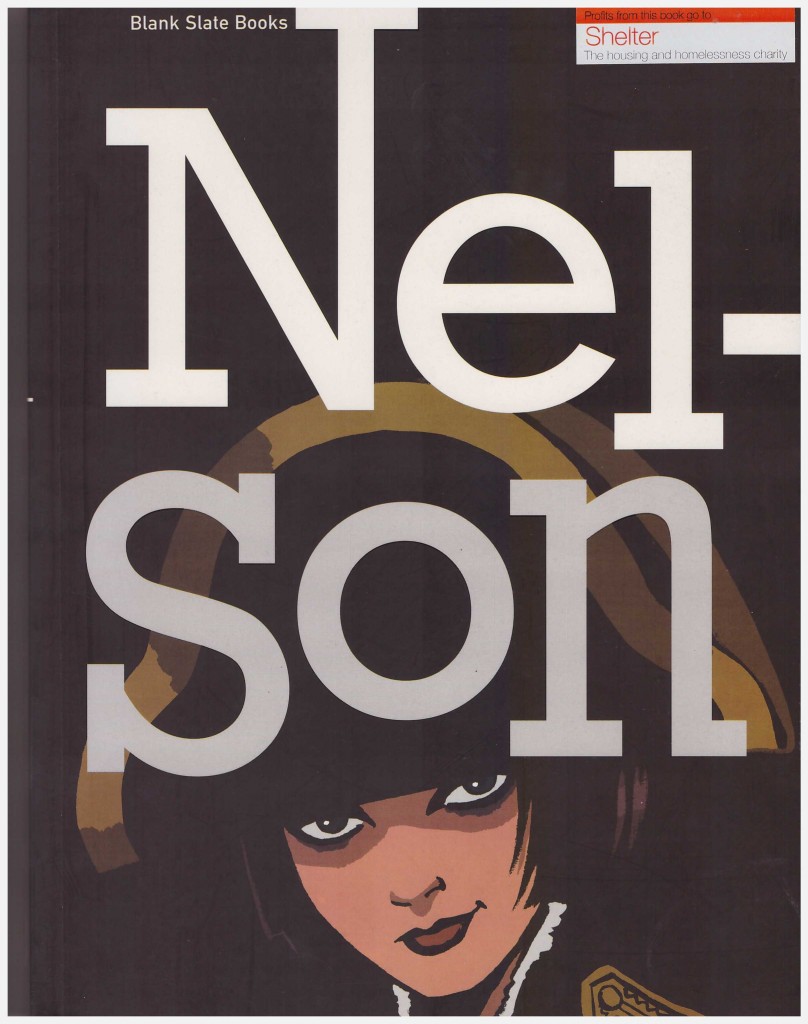 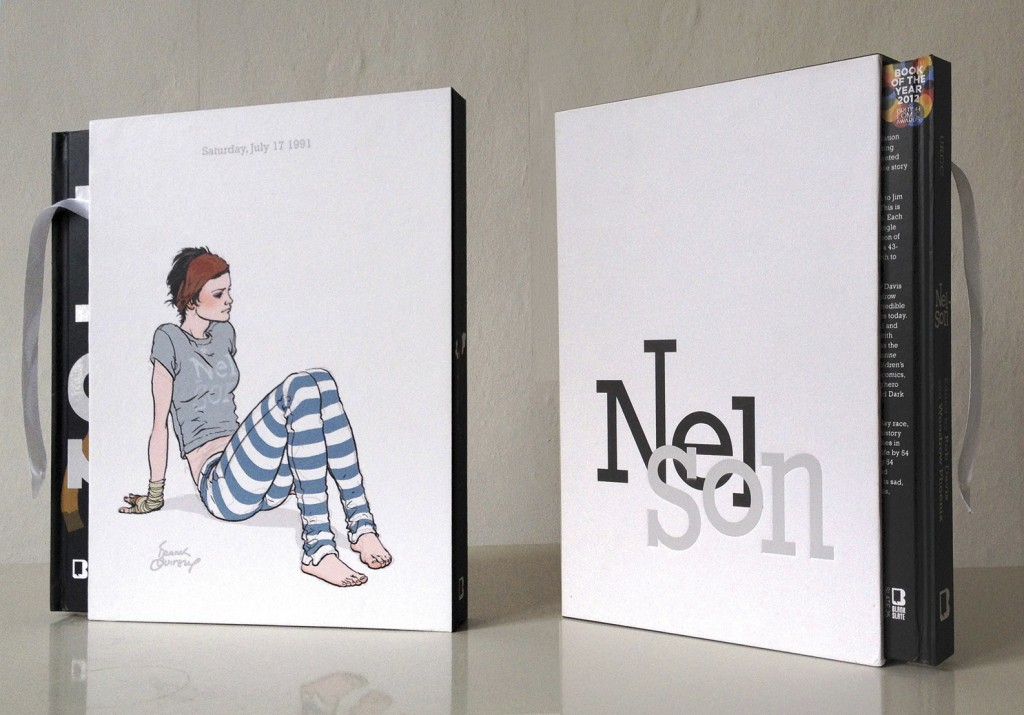 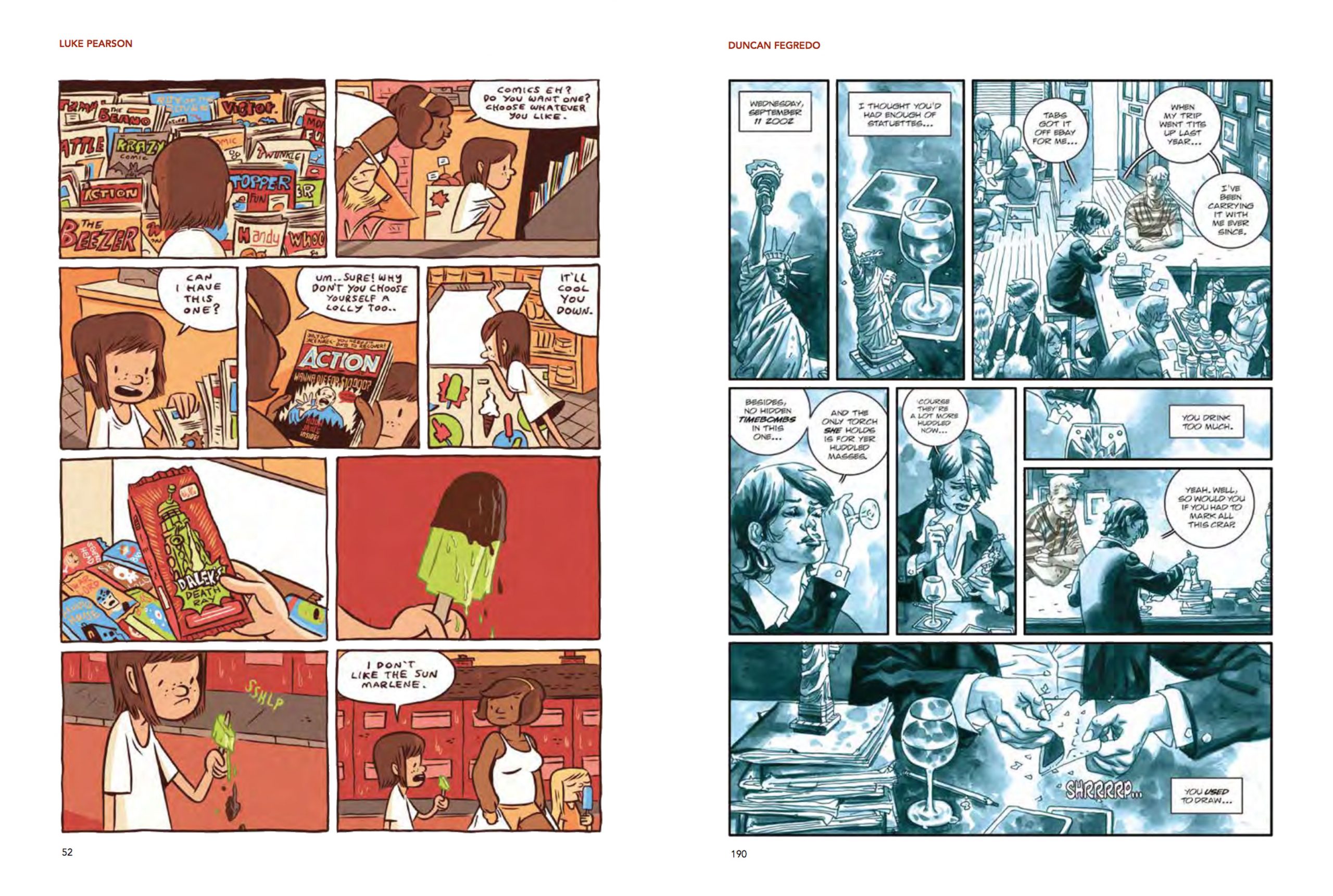 Jam projects don’t have a great reputation as comics, or indeed in literature generally. They’re open to so many diverse hands that a percentage of substandard material is inevitable without an editor willing to risk future ill-will in order to maintain standards. It’s unknown if Rob Davis and Woodrow Phoenix’s contacts diminished in the course of compiling Nelson, but the result is a formidable package that succeeds on several levels.

Davis’ framework is straightforward: starting in his own birth year of 1968, each creator is allocated a few pages to dive into a single day of Nel Baker’s life, moving a year forward with every chapter until the publication date in 2011. Each contributor received the outline of the material preceding their chapter before they began work, but within the established parameters were free to lead the story where they wished.

A deliberate editorial choice was to mix and match styles, so Duncan Fegredo and Sean Phillips sit alongside Dandy and DFC contributors Sarah McIntyre and Gary Northfield, those with underground sensibilities like Hunt Emerson and Suzy Varty and folk known for more personal material such as Darryl Cunningham and Kate Charlesworth. No matter what their background, each adapts well to delivering glimpses into the progress of everyday life as Nel’s story unfolds.

Some contributions are trivial (Faz Choudry’s warning as to the dangers of the unregulated late night hot-dog), others heartbreaking (John Allison’s glimpse into the home life of Nel’s friend Tabitha), some surprising (Roger Langridge’s heavenly arrival), some uplifting (Tom Humberstone’s Iraq war protest) and some catch Nel in the pits (Dave Shelton). Delights are many: Kate Brown’s engaging capture of siblings at play, Sean Longcroft’s near miss, and particularly the way contributors pick up on elements of the previous chapters. Weaker material is the curse of the anthology, but there’s very little of it here.

In addition to being a compelling read, Nelson serves as a snapshot of British comics talent in 2011, displaying a very healthy state of affairs, and, encouragingly, almost a quarter of the contributors are women. Frank Quitely was unable to participate, but drew the cover illustration for the limited signed edition available from Blank Slate.

The contributor biographies are arranged by year, accompanied by photographs either of the person concerned as they were in that year, or at an age corresponding to Nel’s. It’s a final loving touch exemplifying the overall care.