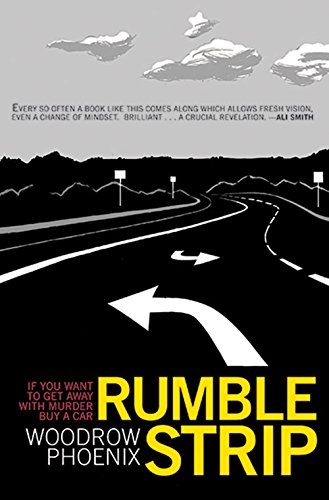 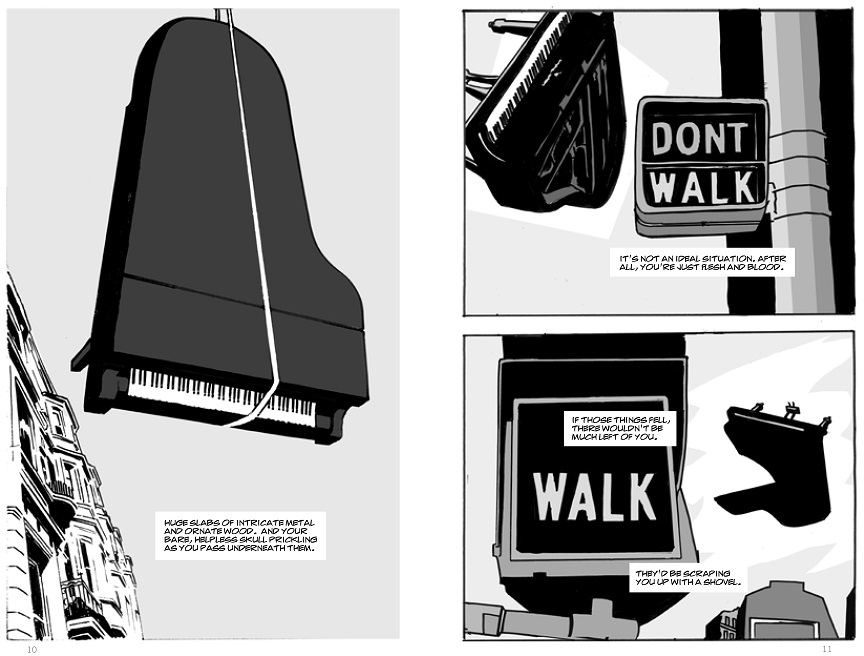 Rumble Strip is Woodrow Phoenix’s meditation on driving. It’s marketed as a book about the danger of cars: the everyday lethal weapon that kills – they quote the staggering statistic – 1.2 million people every year. As many people are now killed by cars as were killed during World War II over the same duration.

Phoenix starts the book in arresting fashion by asking us to imagine that there are grand pianos hanging from wires above the streets we walk through. He then talks through the weight of these, the effects if they fell, and then all the possible things that might go wrong if someone in charge of this wasn’t fully paying attention: for example – drinking a coffee, lighting a cigarette or “trying to put on make-up”. You can see where this is going.

Cars, for those who drive them and those who don’t, are so much part of our world and our lives that most people take them for granted – accept the danger as a fact of life. It needs this kind of creative device to let us see the situation afresh. Cars, he goes on to say, not only kill huge numbers of people, but the penalties for those responsible are relatively minor. If, he darkly confronts us, you wanted to kill someone and get away with it, this would be the way…

After the piano sequence all the visuals are scenes through the (never shown) windscreen of a car: lampposts, flyovers, overhead gantries, and in particular, signs painted on the road. This might sound dry or repetitive over a 160 page book, but it’s surprisingly compelling. To use a perhaps overused term, it’s immersive. As the cover blurb says, he really does put us behind the wheel. The lack of chapters, the seamless ongoing flow of images and ideas has a hypnotic, compelling effect like… well, like driving.

Phoenix cites statistics of accidents, and tells stories of presumably real fatalities. It’s done in a calm, almost academic tone, but he adds those telling human details that make them real – the names and ages of the victims, what they were doing when they were hit. There’s no depiction of fatalities (indeed there are no humans depicted at all) just icons of children painted upon the road, toppled and crushed traffic cones, and the cyclist icon on the road spun up and round.

Part of what makes this book so powerful, and so effective, is that it’s no angry tirade. Phoenix himself drives and enjoys it, and conveys the attraction and pleasure of driving. Of course it’s a classic tactic of persuasion to actually agree with some elements of the opposing position, but no one reading this would doubt Phoenix’s sincerity. He describes the feeling of “…the vibrations of the road as they come into your car through you, resonating through the wheel into your hands…”

The rumble strips of the title use that very sense of vibration to alert drivers to danger, bounding the edges of the road and centre lines. They don’t appear in the book until near the end and are a measure to deal with what Phoenix innocuously calls ‘driver inattention’ – a bland term for forgetting that you are driving a hurtling piece of metal that can easily and instantly kill people, including yourself.

We find out about Phoenix’s own particular connections to this subject, and his story comes to a climax, yet all in a calm, powerful, yet never pushy or coercive tone.

This is both a powerful issue book and a creative, innovative use of the medium. It’s better in actuality than description.