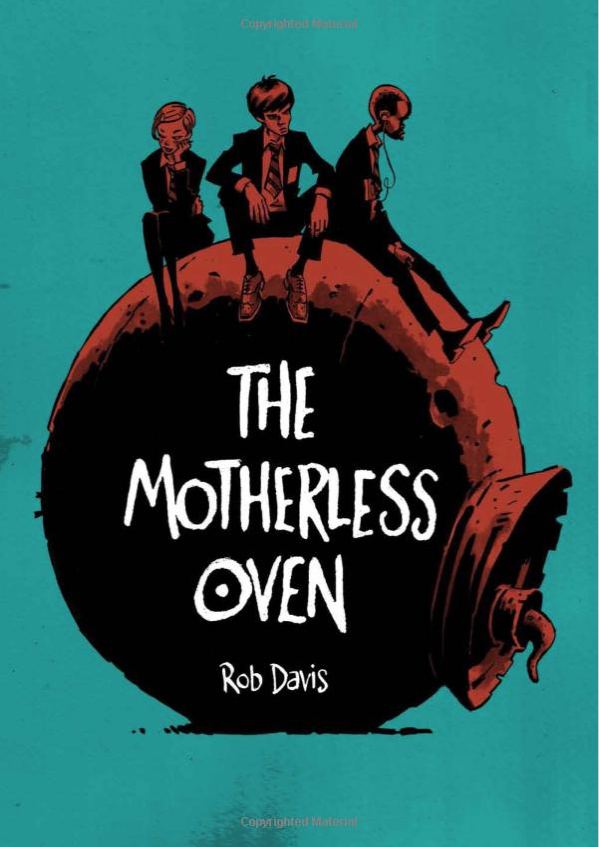 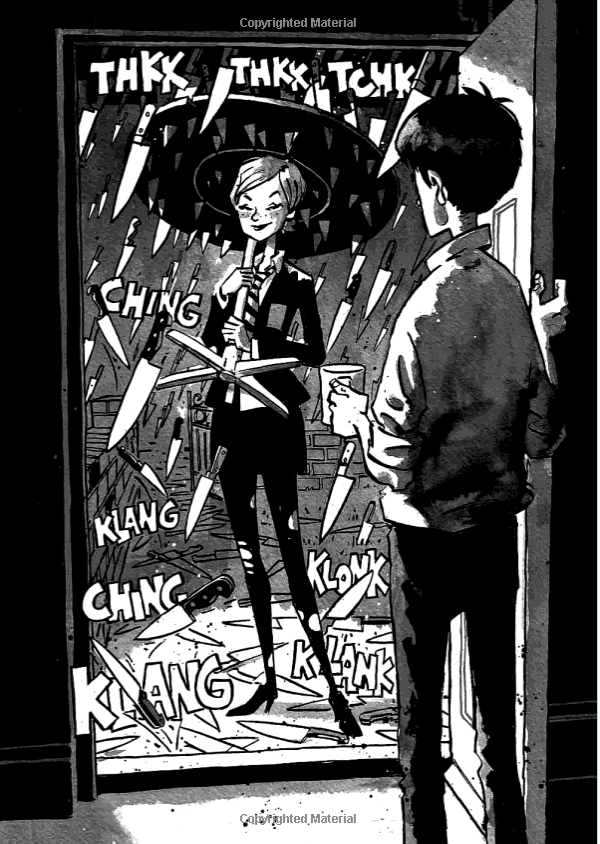 A summary of the The Motherless Oven by Rob Davis, raises more questions than it answers. Scarper Lee and two classmates, who’re not really his mates, leave their school, their homes, and mechanical mothers, to find Scarper’s missing father. They’re also looking for the legendary Motherless Oven, for answers to some big questions. Time is tight because there’s only three weeks until Scarper’s ‘death day’. The plot though, is secondary to the characters and their engagement with the world around them, as it’s a quest, and coming of age novel.

Much here might be called ‘surreal’ – absurd or fantastical elements that are evocative, yet not reducible to a single meaning. There are talking appliance ‘kitchen gods’, and the clock-like ‘daily wheels’ people somehow watch. However, it seems less rooted in European 20th Century art, than in earlier British whimsy and nonsense literature like Lewis Carroll, and Edward Lear. Their yearnings for a lost childhood, and an escape from the dull constraints of the official, adult world, are also in the mix here.

Pupils fighting inflexible authority, is also very British tradition, from Just William, to The Bash Street Kids, to Lindsay Anderson’s iconoclastic film If. The school here is protected by lions – another symbol of British authority. Davis’ art style also seems to have it’s roots in British comics. He’s worked on Roy of the Rovers, and Doctor Who – Great British institutions both, with the latter fertile ground (in the best way) for whimsy and nonsense.

The characters are Secondary School pupils. They refer to their mothers and fathers, but these are objects and machines of various types they have devised and built. The children feel responsible for their parents. There’s little authority at home, but at school there’s too much.

The book starts with the arrival in the school of new girl, Vera Pike. We’re not told where she came from – perhaps St Trinians? She pushes and provokes Scarper, instigating and accompanying him on his journey, and roping in possibly autistic boy Castro. She’s drawn to these troubled characters, but her apparent empathy conceals psychopathy.

Is there meant to be symbolism in these names? Vera Pike does indeed seem like a big, dangerous fish dropped into this small pond, but Castro has no obvious resemblance to Fidel, and looks more like Obama. Scarper is slang for ‘leave in a hurry’ which they do, but is Davis trying to say something about Harper Lee and To Kill a Mockingbird?. There is a slight sense here of wild geese and red herrings.

Many story and character elements don’t quite convince, such as Scarper and Vera ostensibly on a journey to save Scarper’s father, but on hearing their homes and mothers have been attacked they hardly respond. And it’s a vengeful consequence of their actions.

This would have worked well as a weekly comics serial, but perhaps there was no suitable outlet. By the end of the book, there is some recognition of changed relationships between the characters, although it feels slightly forced. The objects of their quest, though – as far as they were articulated – are far from resolved. There’s no mention of continuation, so we can only treat this as a self-contained work.

Davis is a more than capable illustrator and storyteller, and his stylisations stay just the right side of cute. The strange world and devices are fuel for some arresting images. However, the ink washes appear a bit dark at times.

This is an interesting and enjoyable book, which ends with too many of the questions it raised unanswered. But wait! There’s a continuation in The Can Opener’s Daughter.