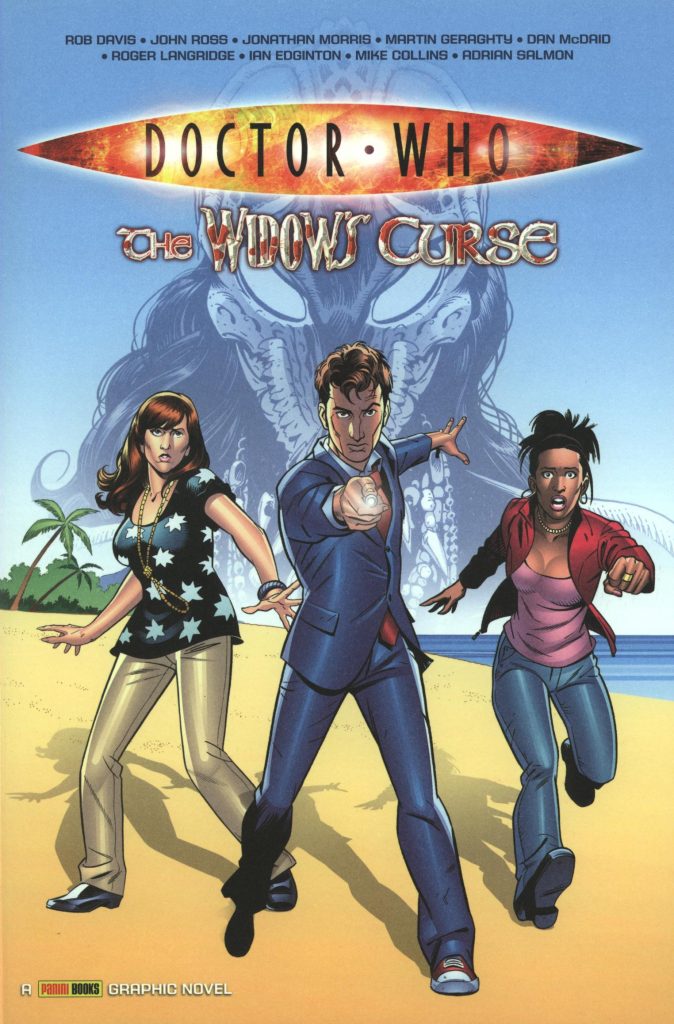 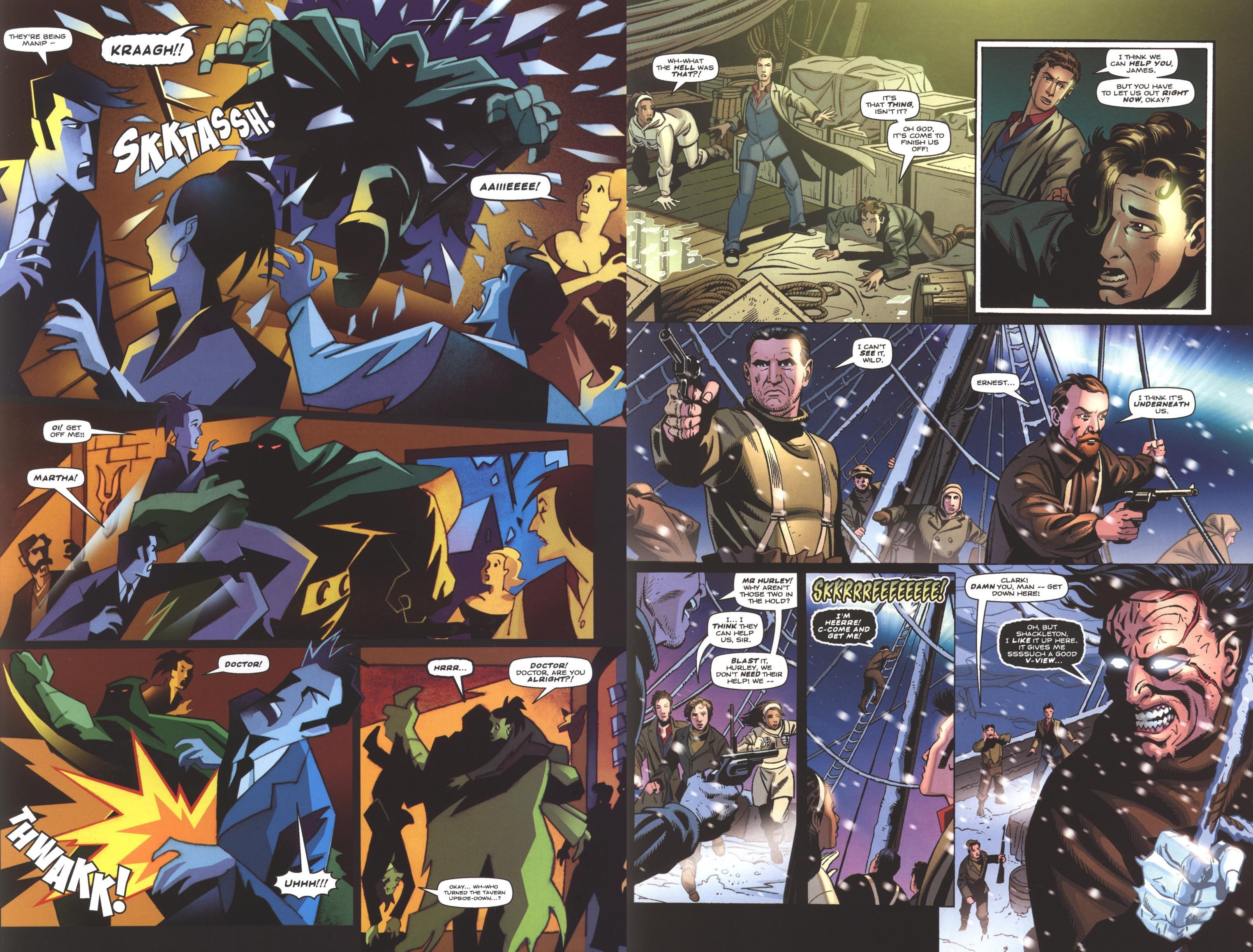 At their best these Panini Doctor Who collections are like an entire season of Doctor Who packed between two covers. The strips were originally prepared for Doctor Who Magazine, with the shortest just ten page episodes, and the longer serialising four chapters over forty pages. It’s a delightful chocolate box of ideas, approaches and monsters. Jonathan Morris and Roger Langridge’s short strip about a self-help group for villains who’ve been humiliated by the Doctor is followed by Ian Edginton and Adrian Salmon’s tribute to Hammer Horror and Universal monster films (sample spread left). Rob Davis and John Ross’ strip about the nutter on the bus precedes Dan McDaid and Martin Geraghty’s look at an odd series of events during Sir Ernest Shackleton’s Antarctic expedition. The selection makes good use of space and time, and there’s not a story here where at some point you won’t be smiling at a clever revelation or twist. Take Edginton’s homage to the monster movies, which might seem straightforward, but surprises await. He’s considered it might be predictable no matter the joy of assorted monsters, and his twists keep coming.

The most prolific contributor is Rob Davis, writer of three strips and artist of two, although he’s not drawn any of his own scripts. He’s the only creator to use foes from the TV show, but they’re kept as a surprise and build on elements of what on publication was their recent television appearance. Davis is an analytical writer, with a big imagination, needed to pull together another of his scripts, which merges computer games, parental responsibility, the behaviour of the banking community and Enid Blyton. It features a great surprise, and the sheer amount of conceptual work for a 37 page strip is astounding on the part of both writer Davis and artist Mike Collins. Davis himself has a far looser approach to his first drawn pages and has to be extremely adaptable for the second illustration job, which changes style every page. It’s another where the basic concept work is immense, this time for just ten charming and mightily impressive pages.

Otherwise Salmon’s art is the most distinctive, partly because he has a very individual sense of colour, and partly because it’s one of the few strips where David Roach isn’t refining the likenesses during the inking process. Strangely, because the quality of the writing is so captivating, it’s not until scanning after reading that it’s apparent which artists are better at a cast likeness. Switching companions from Martha Jones to Donna Noble is an interesting comparison as Martin Geraghty (sample spread right) is the only artist to draw both. He’s also excellent packing in massive amounts of detail, yet his cast are lively.

Morris and Langridge’s strip won the vote for reader’s favourite of the year, and it’s a compact comedy that manages to feature all previous incarnations of the Doctor in Langridge’s funny style along with some ridiculously incompetent villains.

Because these strips were of more recent vintage when collected, there’s the added advantage of copious creator notes in the back, with the writers and artists explaining their thoughts and inspirations. The editors also contribute, a side effect being the revelation about how good editing can result in a far better finished product, and their notes about liaising with the TV show are enlightening.