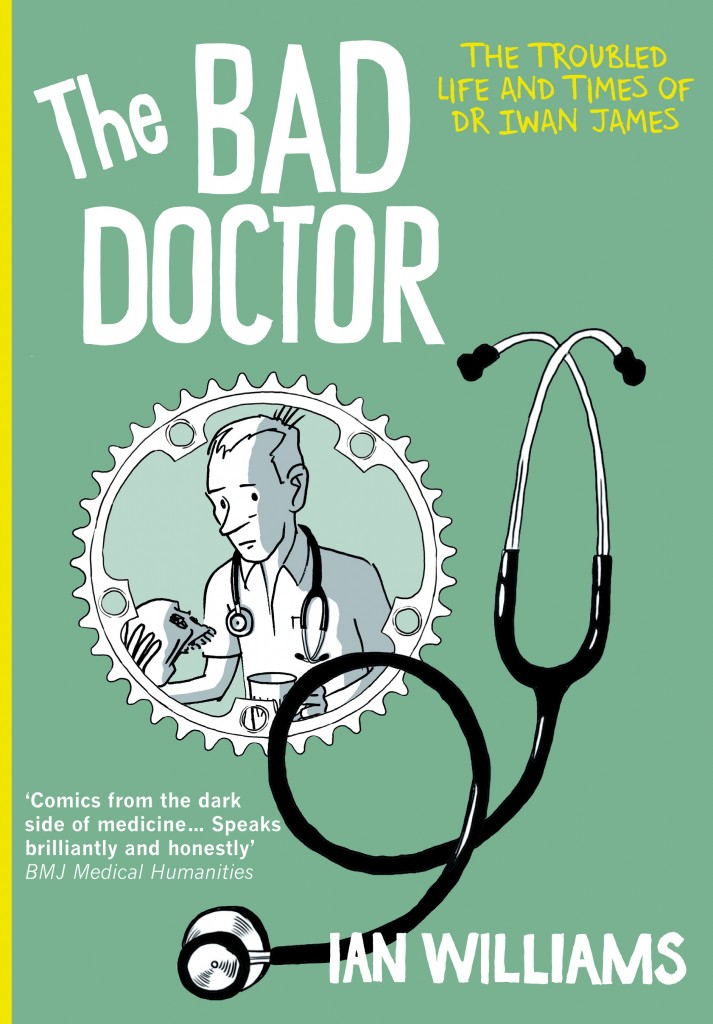 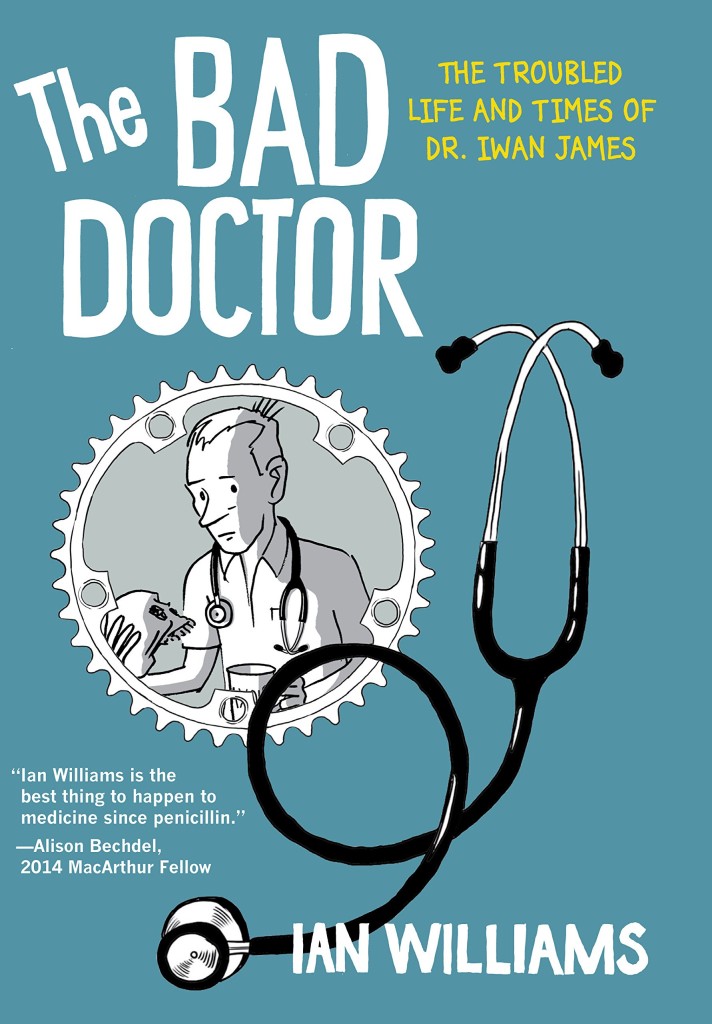 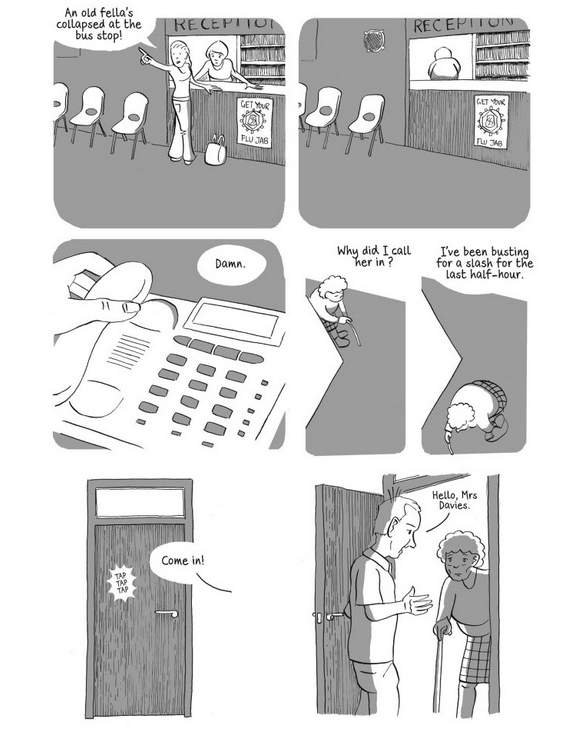 Iwan James is a General Practitioner, one of three resident doctors in a small rural Welsh practice. Elements of his working day can be a succession of minor complaints requiring palliative comfort as much as medicine, learning the hidden life of a local dignitary, or turning down a demand for drugs from a schizophrenic. His release is cycling, a hobby his wife indulges, but doesn’t share, and he’s undergoing a mid-life crisis as represented by his feelings toward a co-worker.

While a work of fiction, elements of James draw on creator Ian Williams, himself a GP, once in Wales, who’s written about conquering his obsessive-compulsive disorder for British newspapers. His own OCD fears funnel directly into those related by James, and several interludes, if not his own experiences are surely those of colleagues. This all renders the title rather a misnomer, as James is guilty of little more than bemoaning the day to day inconveniences of his working life in the same way that a bus driver or computer engineer would.

Williams’ thin-lined cartooning is spartan and frequently background-free, but extremely expressive, with layouts well constructed to convey his story, often in a subtle and inventive manner. The opening pages, for instance, detail the glacial pace at which an elderly woman journeys to James’ office while he’s within unable to visit the toilet until her appointment concludes.

For those unconnected with the medical profession it’s surely eye-opening to realise the unpleasant experiences doctors undergo on a regular basis. There’s an aggressive and intimidating loner demanding they countersign a shotgun licence application, having to attend any police reported deaths, and how many of us ever have to kneel on a urine-dampened carpet to undertake our routine job? The more harrowing incidents are leavened with amusing cameos, and when Williams notes system failures he does so unobtrusively. Were The Bad Doctor just professional insight coupled with humorous incidents it would be worth recommending. It’s lifted, though, by James’ constant questioning of his life and circumstances, a possible legacy of his former OCD, which is related via flashback sequences, and the contradiction of the physician attempting to heal himself.

Intelligent, informative, honest and engrossing, this is all the more remarkable for being Ian Williams’ debut graphic novel.