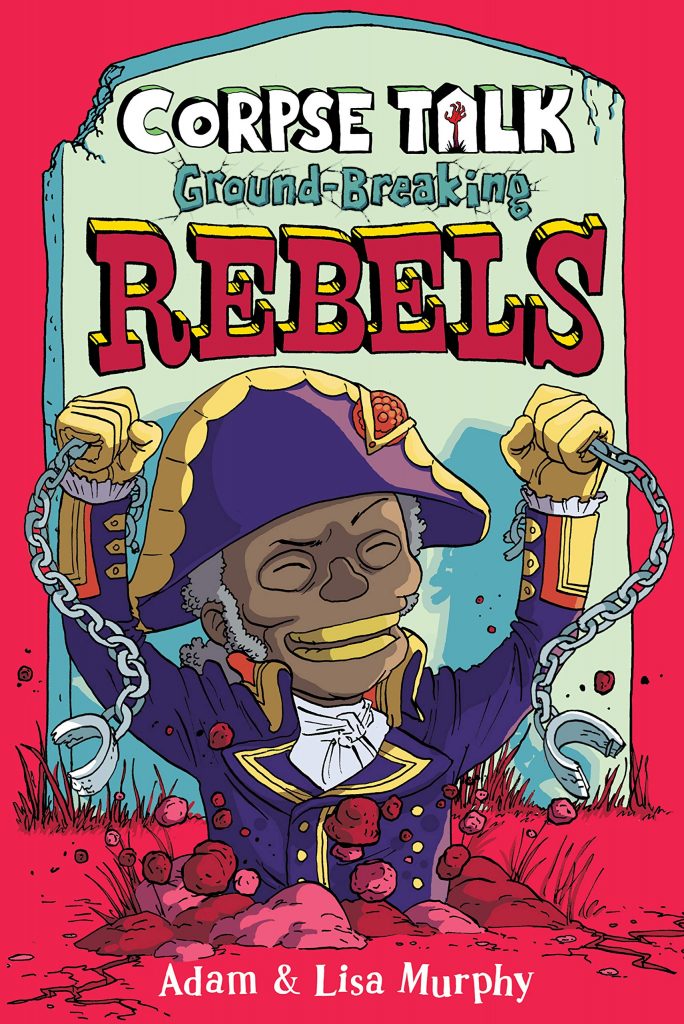 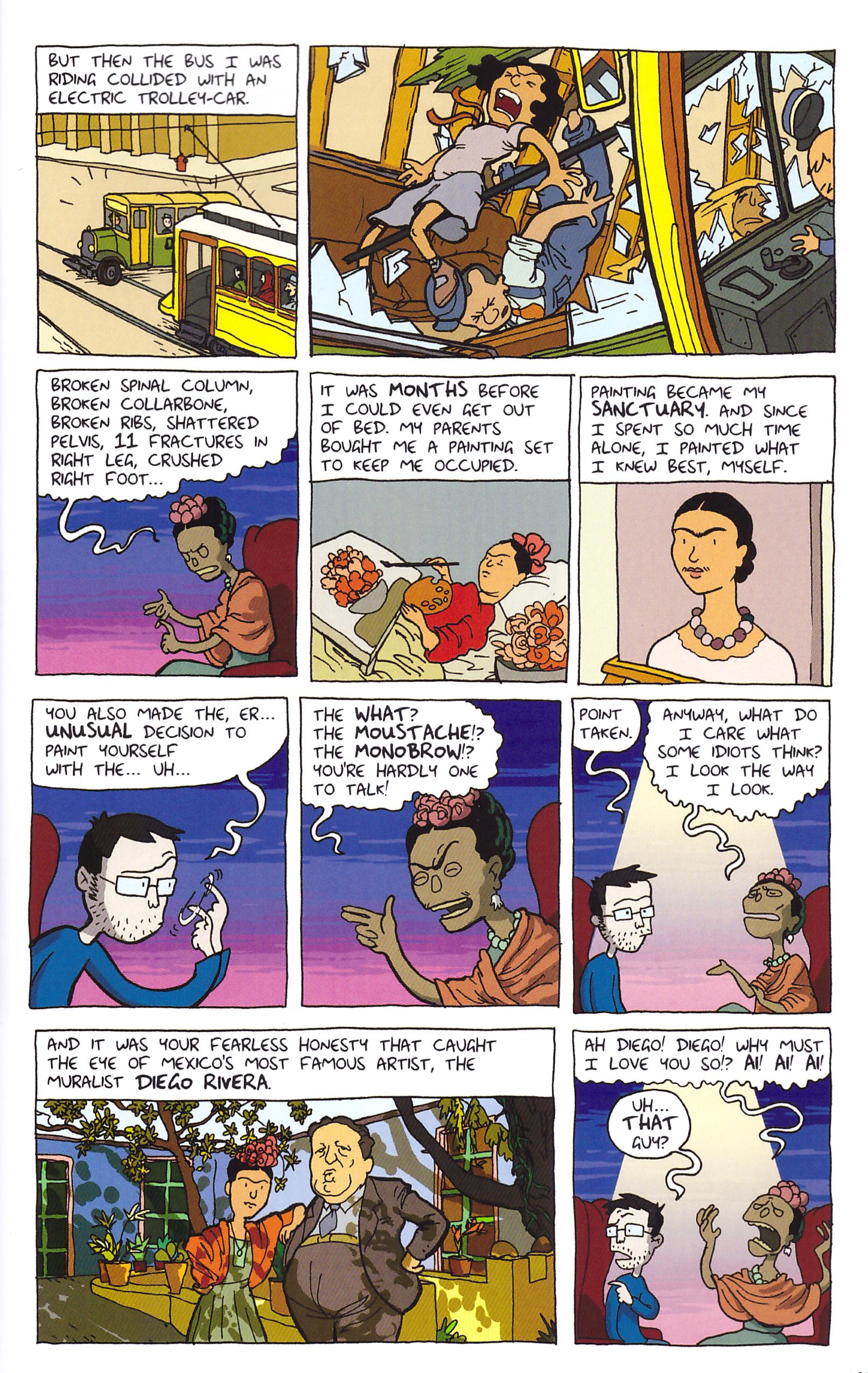 Is there a more painless way to learn about major historical figures than Adam and Lisa Murphy’s Corpse Talk? Now on its sixth volume of disinterment, as ever the subjects dug up to be interviewed are arranged chronologically, this time opening with Spartacus and his rebellion in Rome, and closing with Doctor Martin Luther King spanning the 1950s and 1960s.

In an era where the term ‘rebel’ applies in Western society to a You Tube influencer, the immediate impact of this collection is reinforcing what it meant to be a rebel historically. As we learn, taking a position against the prevailing forces rarely ended well, and few of the subjects survived to enjoy playing with their grandchildren. Place your bets at the start of each six page segment, as to whether the likes of William Wallace, Grace O’Malley and Guy Fawkes survived their rebellions against British rule. Some rebels were forced into their position by constant persecution, while for others the entire principle of being ruled by another nation stuck in the craw.

As ever, Murphy in his role of interviewer takes a sardonic approach to his subjects, calling out stupidity and incompetence, with Guido Fawkes especially earning a grilling for the poor planning of his plot to blow up Parliament. He also highlights the stupidity through the ages of people considering themselves inherently superior and more knowledgable specimens simply by virtue of having been born into the upper classes.

Digging up corpses and interviewing them might seem an idea in poor taste to some, but it’s attention grabbing and effective, and Murphy is well aware of where to draw the line, In the course of their revolutions Oliver Cromwell and Maximillian Robespierre sent thousands to their deaths in appalling ways, but while ensuring their crimes are laid out, Murphy equally ensures there’s no age-inappropriate accompanying art. Likewise for the barbarous fates some endured. Thankfully as the chronological progression moves into the 20th century the rebellions are achieved without blood, and occasionally stylistic. Above all, so many stories are inspirational, people standing up to fight against overwhelming odds because of something they passionately believed in. Many failed, some beliefs might have been to do with the acquisition of personal power, and some went too far. However all of them are still remembered to a greater or lesser degree at a minimum of well over a century since their births.

As ever, each four page interview (or six in the case of Robespierre and eight for Martin Luther King) is followed by a two page spread either focussing on a further aspect of the subject’s life or enlightening about their times. These vary from the journey taken by African slaves tying in with Toussaint Louverture’s rebellion in Haiti to Frida Kahlo’s views on self-portraits.

Historical biography work is hardly a major section of the graphic novel market (although growing), and Adam and Lisa Murphy set the standard to which all others should aspire. Their work is well researched, clear, and engagingly delivered, and able to educate adults as well as captivating children who first read the individual sections in The Phoenix.