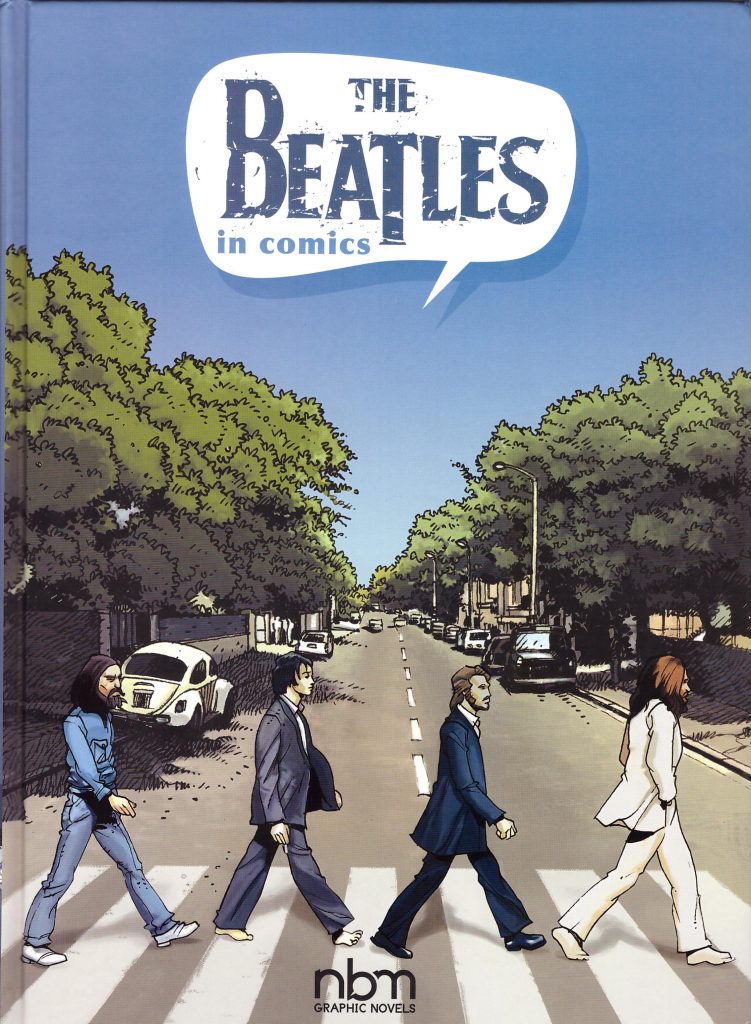 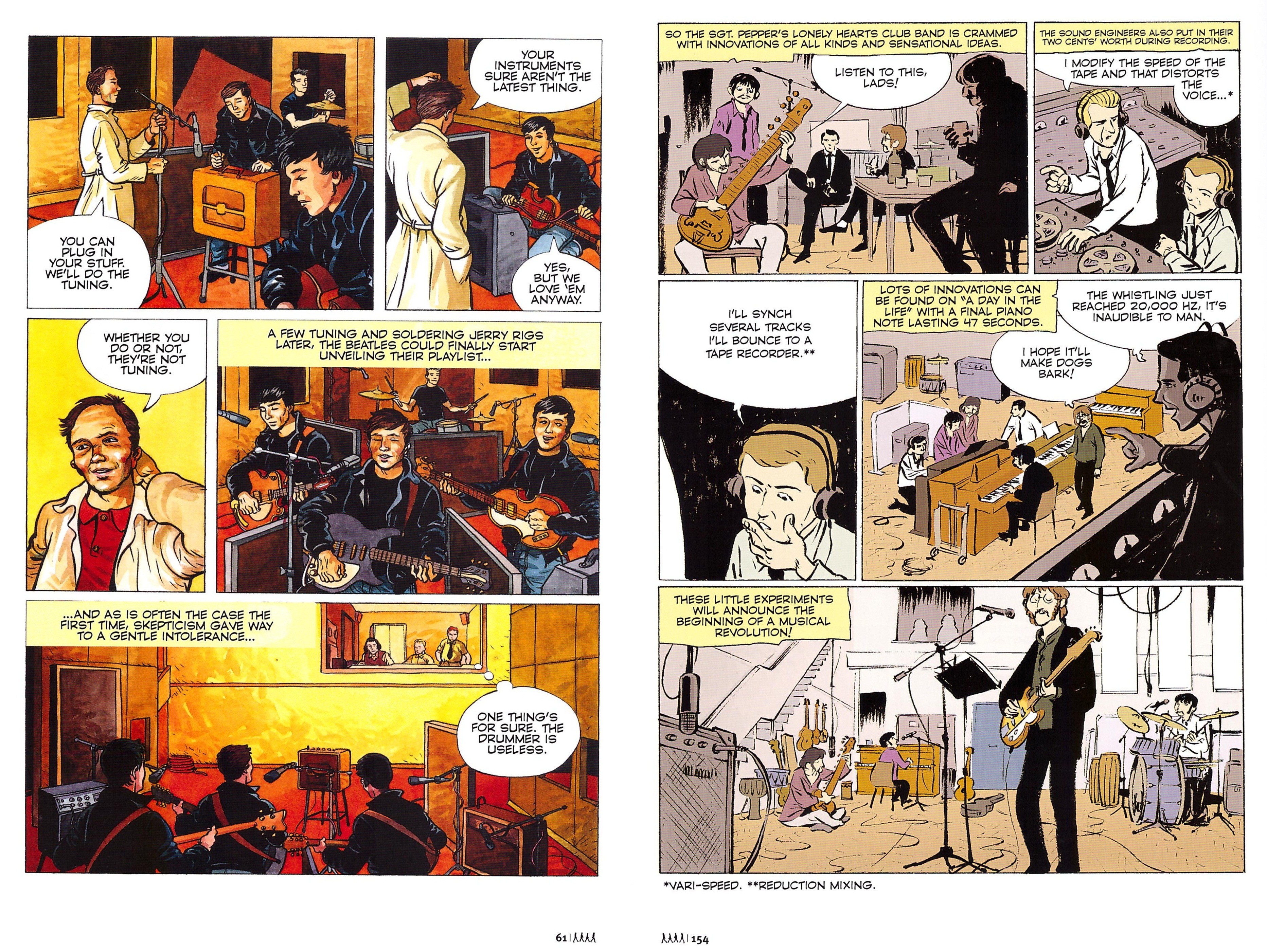 You might consider that every nuance of the dozen or so years the Beatles existed as a band has been fully covered by biographies and other books. That’s precisely what makes this approach so enticing. There are no new revelations, but the way of formatting known facts is novel, with 24 artists producing chronologically ordered strips of pivotal moments, starting with John Lennon’s first guitar and gig with the Quarrymen and running through to the assorted solo projects after the band split up. In between the strips are short articles by Michels Mabel accompanied by interesting photographs. Who knew there was a Beatles monument in the Blokker area of Amsterdam commemorating their 1964 performance there and the ensuing chaos? Or that Paul McCartney once played a piano adorned with Jimmy Olsen comics? The pictures are here.

While covering the necessities of the Beatles’ career, the strips find a place for those who influenced them and worked with them, so there are the recollections of Astrid Kirchher, Brian Epstein, and George Martin as well as mentions of record company executive Dick Rowe, forever afterwards known as the man who turned down the Beatles. There’s no skimping on the more expected stopovers in Hamburg, the Ed Sullivan Show, Sgt. Pepper and the hysteria of Paul’s ‘death’, while thoughtfulness is apparent throughout, Victor Giménez’s Hard Day’s Night feature being in black and white to reflect the film. The strips bring out the good humoured iconoclasm of the band’s personalities, and almost all offer a high standard of cartooning by people all but unknown to English language audiences, and with odd aliases such as Bloop, Efix and Vox. There are variations, but most artists offer straightforward cartooning, some more successful at caricaturing the band than others, with the one large exception being Odile Santi’s portraiture for the post-Beatles chapter at the end. The sample art features Romauld Gleyse’s version of the Beatles at their Parlaphone audition and Richard Di Martino shows the band in the studio recording Sgt. Pepper.

A few mistakes creep in (Aldershot as a London suburb, a track mistitled I am a Walrus, and bizarrely, Abbey Road Studios placed in Birmingham), but for the most part facts are checked and editing is thorough, unlike the companion Rolling Stones volume. It’s also perhaps a mistake to have a couple of text pages always revealing the same story that follows in comic strip form, but compared to the overall quality, these are minor caveats. The compensation is in the form of the extra thought applied to nice little design touches, such as each page number being accompanied by small silhouettes of the Beatles walking across Abbey Road.

The Beatles in Comics will offer new insights, and all but the most devoted Beatles fans will learn interesting new snippets. The Ku Klux Klan attempting to ally themselves with outraged Christians by burning Beatles albums in the wake of John Lennons misrepresented comment about the band being more popular than Jesus is hilarious, and the facts closing the book genuinely interesting. Beatles fans can pick this up with confidence.