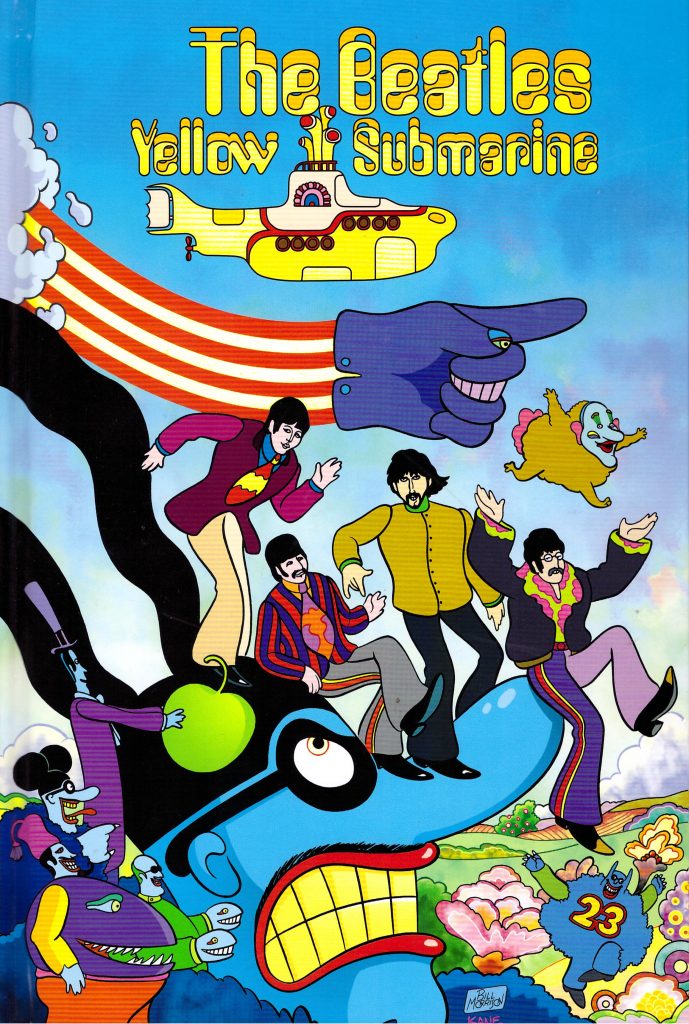 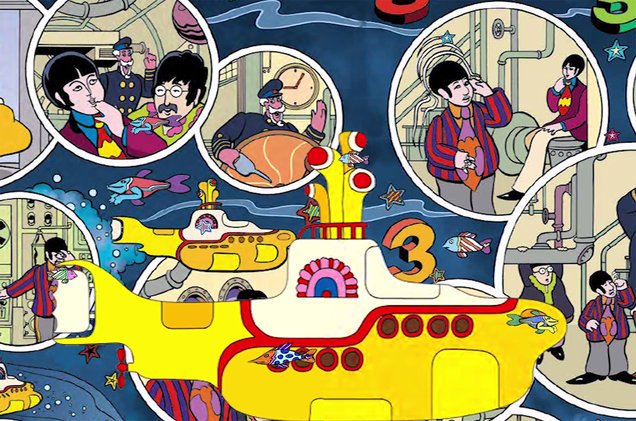 In 1968 Yellow Submarine was a contractual obligation movie. Already the world’s hottest band in 1964, the Beatles were contracted for three films, but working on Hard Day’s Night and Help! had evaporated the allure, and they were far from keen to waste their time producing another. Their manager Brian Epstein’s solution was to string a series of animations around the band’s then recent recordings, and it’s testament to the result that it’s even stranger and more surreal divorced from its era fifty years on than it was on its original release.

Bill Morrison and colourist Nathan Kane are note perfect in their adaptation of Heinz Edelmann’s film designs, each page a vibrant psychedelic wonder, Morrison’s depiction of the slightly off kilter and disturbing looking cartoon Beatles spot on. Four writers worked on the surreal screenplay, producing a nonsensical fantasy in the grand British tradition established by Lewis Carroll, with the Beatles strolling through absurdist situations cracking ridiculous jokes. It’s also infused with the idealistic notion of concentrated peace and love overcoming all adversity.

There’s an obvious commercial attraction of a graphic novel accompanying the marketing for a restored Yellow Submarine film celebrating its fiftieth birthday. Instead of being plot reliant, the film is a visual spectacle with musical interludes, and while Morrison replicates the cartooning superbly, it hurts that the other major component is absent. It’s like a costumed Hamlet in mime. The enterprising can construct a playlist, but its absence means Morrison has to contract elements of the film, doing so sympathetically. If that is a necessary step, and it surely is, then could a bigger step have been taken and Morrison been given the freedom to construct his own story around the themes and characters, one less reliant on accompanying music?

Yellow Submarine in its graphic novel version is ultimately unsatisfying. It looks amazing, but it only works on that visual level.