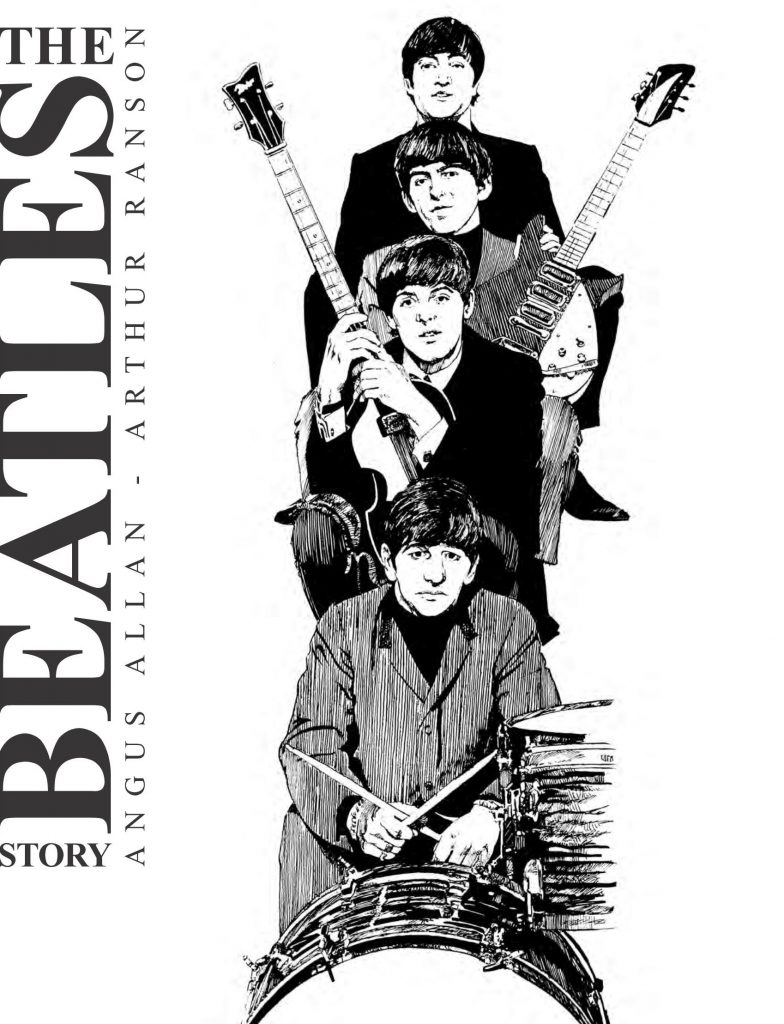 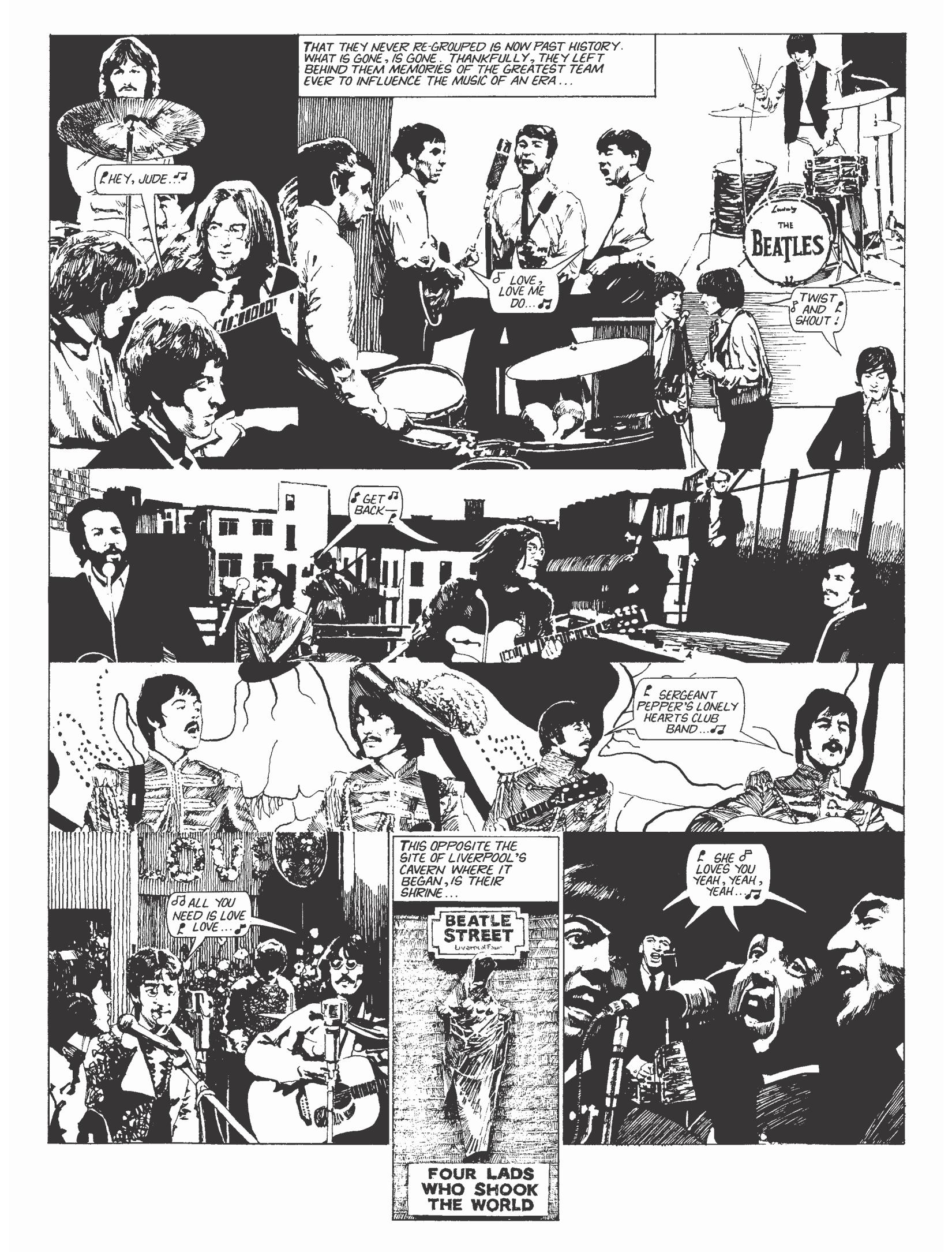 Arthur Ranson is a superb photo-realistic artist working in delicate pen and ink, continuously employed in British comics from the 1960s to the 21st century, with the occasional dip into the US market, but never on a project that brought him the attention his quality merited. More than anything he’s associated with strips based on the TV shows of the 1970s and 1980s and biographies of music acts. Among them the Sex Pistols, Elvis Presley, and, ahem, Haircut One Hundred.

His biography of the Beatles was produced in the early 1980s, and as the sample page displays, photo reference plays a large part, but as he proves, Ranson can reproduce such complexity without the reference. The early pages deal with the individual Beatles as young lads growing up in Liverpool and Ranson’s art is equally precise in providing scenes that have no photos available. With the pages that have, consider the era. In 1980 turning up a photo of John Lennon in his teenage band the Quarrymen wasn’t just a matter of googling the image, and Ranson’s research is deep and productive.

Intended for a younger audience, Angus Allan tailored his script in their direction, with no attempt to analyse why the Beatles were musically important, or the influence they had as they constantly challenged each other musically. His is strictly a factual biography, or as near to the facts as he can steer, but within those constrictions he’s imaginative, beginning with an interesting approximation of life in the 1950s. It’s gloriously peppered with the now outdated terms of the era, before developing into a fulsome investigation of the pre-fame group that occupies well over half the book. Endearing touches include George Harrison wondering if he can take two weeks off work to fulfil a tour booking, and the Ted who tries out on drums for the Beatles, who’s surely dined out on the story ever since. Allan’s extrapolation is credible, and it’s surprising how many interesting nuggets the book provides about a band whose career has been processed by biographers like no other. He also highlights just how funny the band could be, frequently including their whimsical responses to interview questions.

A canny run through of Beatles highpoints once their career took off is glued by Ranson’s meticulous nature, his job slightly aided as more famous associates are allied to the Beatles. Brian Epstein, George Martin, Jane Asher, Ed Sullivan… The post Sgt Pepper years receive short shrift, and it’s a rapid slide to the dissolution and Ranson’s closing montage.

In graphic novel terms, the musical biography is still a relative novelty, and this is a timely gathering of a worthwhile strip that would otherwise languish in obscurity. Given that Ranson worked on several more, can we see them please Rebellion? We can wait for Haircut One Hundred, though.