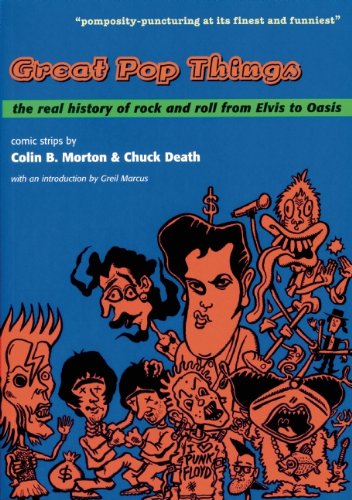 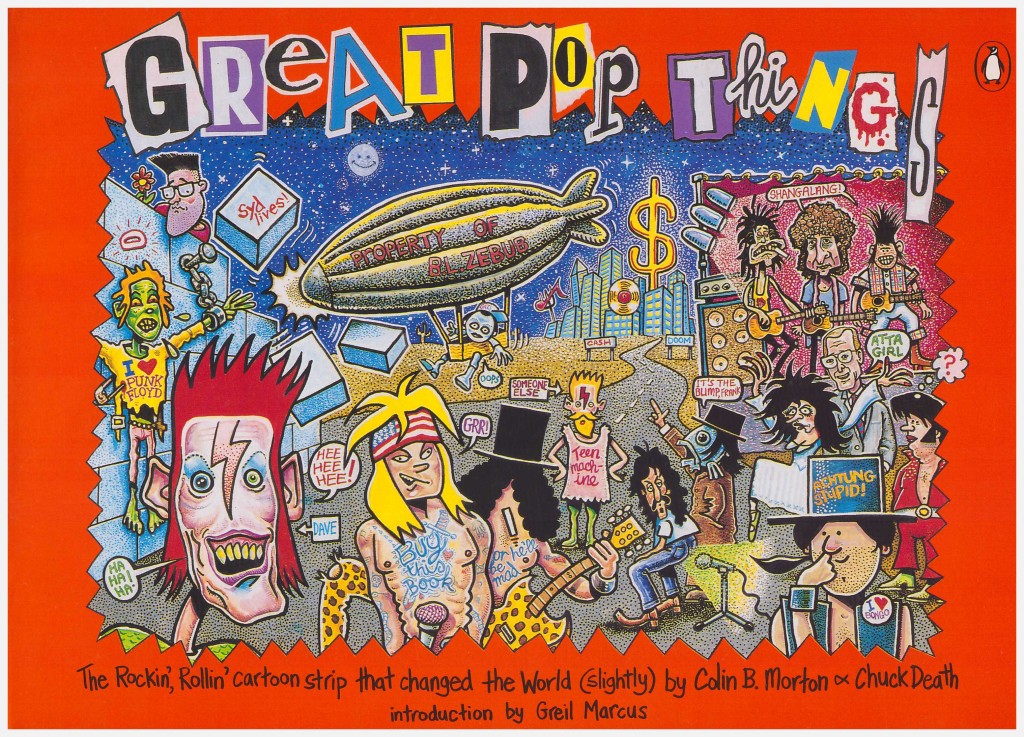 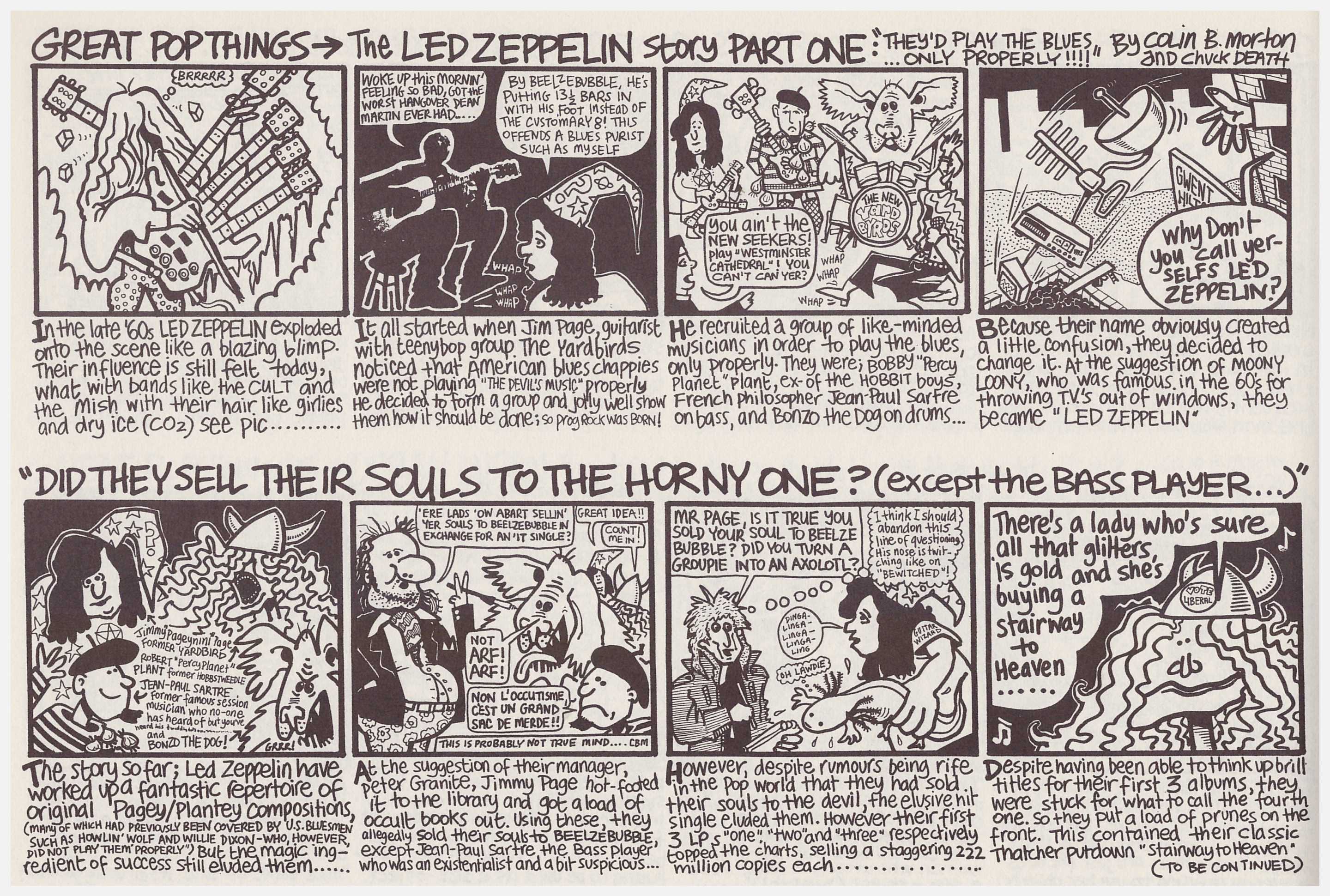 When respected rock critic Griel Marcus can be persuaded to write a fawning introduction it indicates that Great Pop Things might be slightly more than a four panel cartoon strip used as filler in the NME back in the days when the NME mattered.

As in all good satire, there’s little reverence. It begins with the premise that all rock stars are preposterous, whether preening ego-driven divas, bloated millionaire has-beens, petty anger-fueled squawkers, sincere planet-saving preachers, or blithely manipulated muppets. It’s a good place to start. To that is added a purposeful misunderstanding of key career elements or names. Paul Simon is inserted into the Clash in place of Paul Simonon, U2 go to America to invent new forms of rock music, Elvis Costello is revealed as the son of wrestler Mick McManus, The Jesus and Mary Chain are recast with the Reid brothers from the Proclaimers, and David Bowie goes on tour with tin machines.

Bowie’s long career is a particularly fruitful source of amusement until a strip late in the book notes that due to Bowie’s increasing prominence in the mainstream press he’ll not feature in any further Great Pop Things strips for fear of overexposure damaging his career. It exemplifies the pithiness at the core of this collection, most obvious as each strip is titled. “They tried to change the world with…” is frequently repeated. In Adam Ant’s case it’s by dressing up as an ant, in Frank Zappa’s by giving his kids silly names.

Great Pop Things is very clever, but it’s not universal. The catch is that it requires a reasonably in-depth knowledge of musical history to work its magic. If you can’t quite remember that it was Morrissey who sang with the Doors, you’ll not find much to laugh at, and the cartooning works in context but no-one’s going to be paying hundreds of quid for a Chuck Death lithograph.

It’s not just potshots at the perennials. Jive Bunny, Vanilla Ice (from the ghetto of Miami Beach), Pop Will Eat Itself and other relative obscurities appear simply by virtue of the 1990s being their brief flirtation with the spotlight. There’s also the occasional departure into the unexpected, such as an A.A. Milne pastiche about Jim Morrison.

This isn’t a collection to be read from cover to cover in one sitting, but a book to left lying around and dipped into. Presented en masse rather than a single strip week by week there’s a considerable density. Colin B. Morton and Death (actually musician Jon Langford, best known for The Mekons) pack their panels with verbal and visual gags, but when gathered the reliance on repetition becomes more obvious. Of course, that enshrines the strips as truly rock’n’roll.

The 1999 American edition (blue cover) is more complete, but reconfigures the strips to fit a portrait format publication, while the 1992 Penguin book retains the original landscape format.