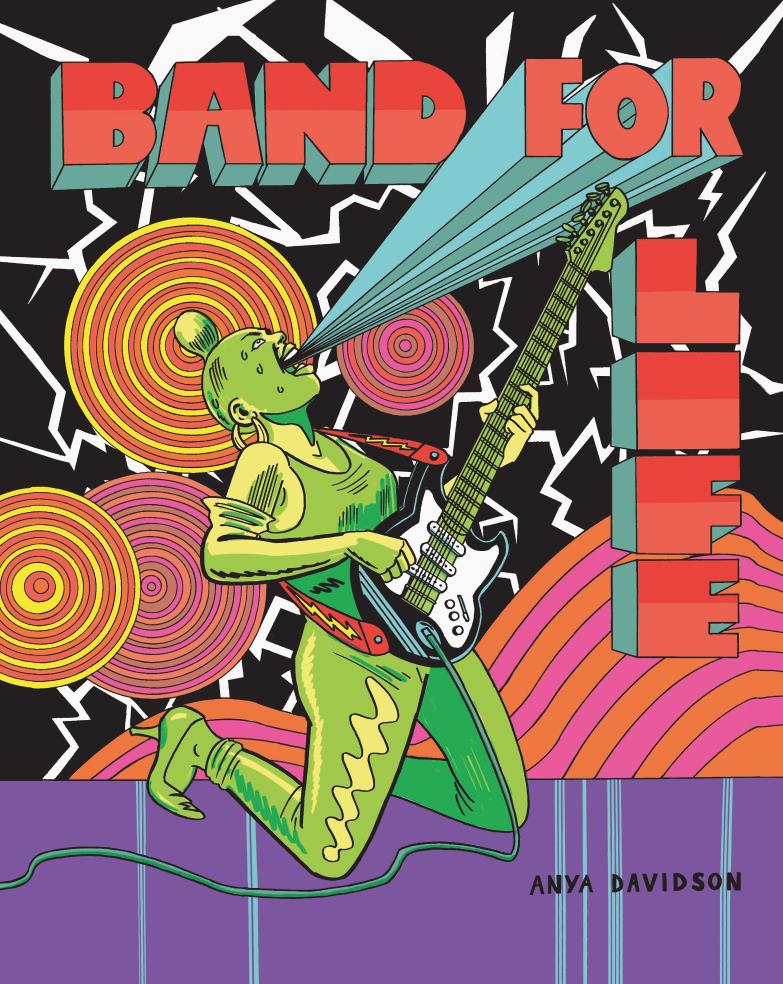 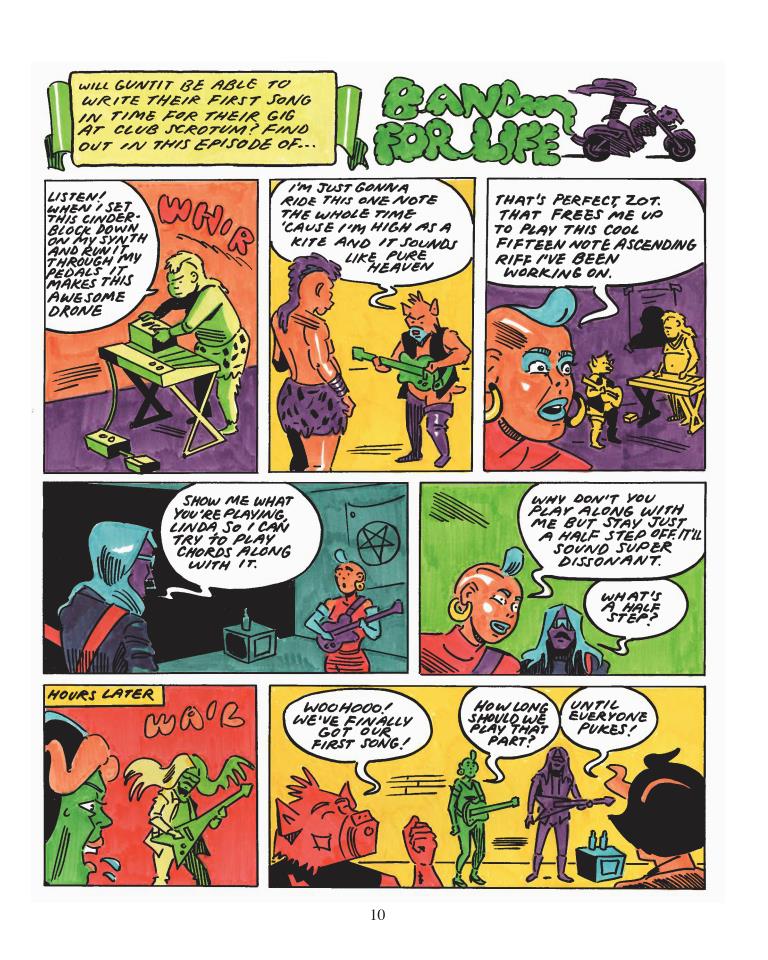 Band for Life first appeared serialised by Vice magazine, apparently somewhat the Faustian pact according to Anya Davidson’s interview with Paste. It follows the fortunes of bar band Guntit, dedicated to their craft, but if they’re honest with themselves (and they occasionally are), their collective future will be a never ending succession of support gigs in local clubs.

We first meet Guntit having scored the first of these, yet to write their first song, and then follow the sheer effort it takes to acquire transportation and other necessary equipment. Even had it not been widely noted among the promotion, it’s obvious from the strips that Davidson has lived the dream of begging neighbours to babysit, or draining the grease trap from the fast food slop joint.

Davidson packs the early pages with such anecdotes and they feed into her fastidiously constructed characters, developing a cast at odds with both the punk ethos pervading the music and the grunge quality of her art. At first this is off-putting, as the strangely vibrant colour choices escalate toward the hallucinogenic, but Davidson sucks us in, and what began as a series of Spinal Tap vignettes morphs into ongoing dramatic sequences. These initially illuminate, displaying just how much the band members sacrifice externally in order to maintain their joint existence and muse, be it career, friendships or family.

In addition to the warm character studies and the vagaries of band life, there’s the interesting recurrence of barbs about criticism. Davidson constructs one beautifully hilarious and hollow pretentious review imparting more about the writer than the product, and another sequence exemplifies how the hurting of feelings trumps constructive comment.

There is the occasional lapse into sentimentalisation, in particular a chapter dealing with the Ramones and their influence, and around a third of the way through Band For Life locks into a groove. There’s less emphasis on the band and their troubles, and far more on the members and theirs, extending to other characters besides. This displaces the content from something relatively unique into commonplace slice of life drama. It’s far less absorbing and it’s well into the final stages before the music begins to seep back in as the band record their EP, followed by a well plotted sequence about Guntit first getting together.

In one respect Band For Life appears a missed opportunity, but the strongest recurring sentiment Davidson hammers home is to follow the muse. Davidson’s led her from pithy anecdotes to everyday drama, and there’d probably be no book without that progression.