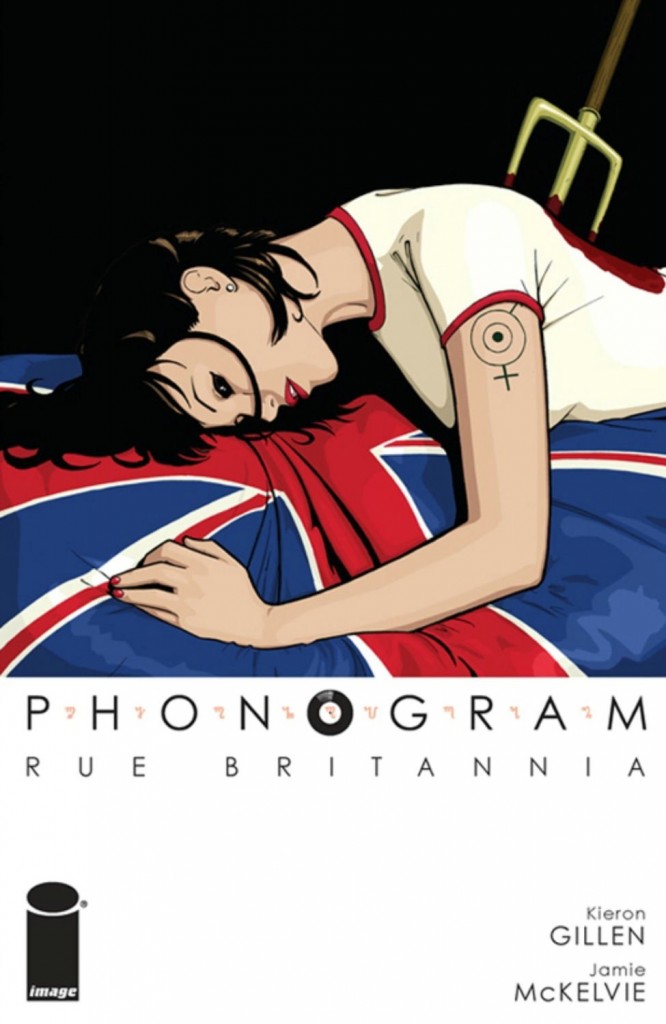 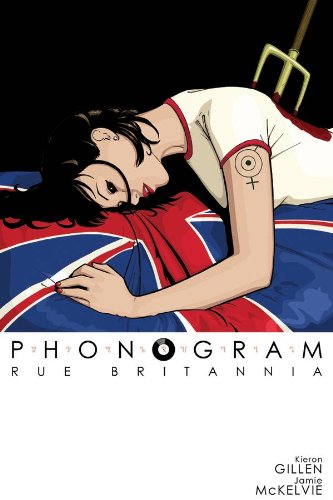 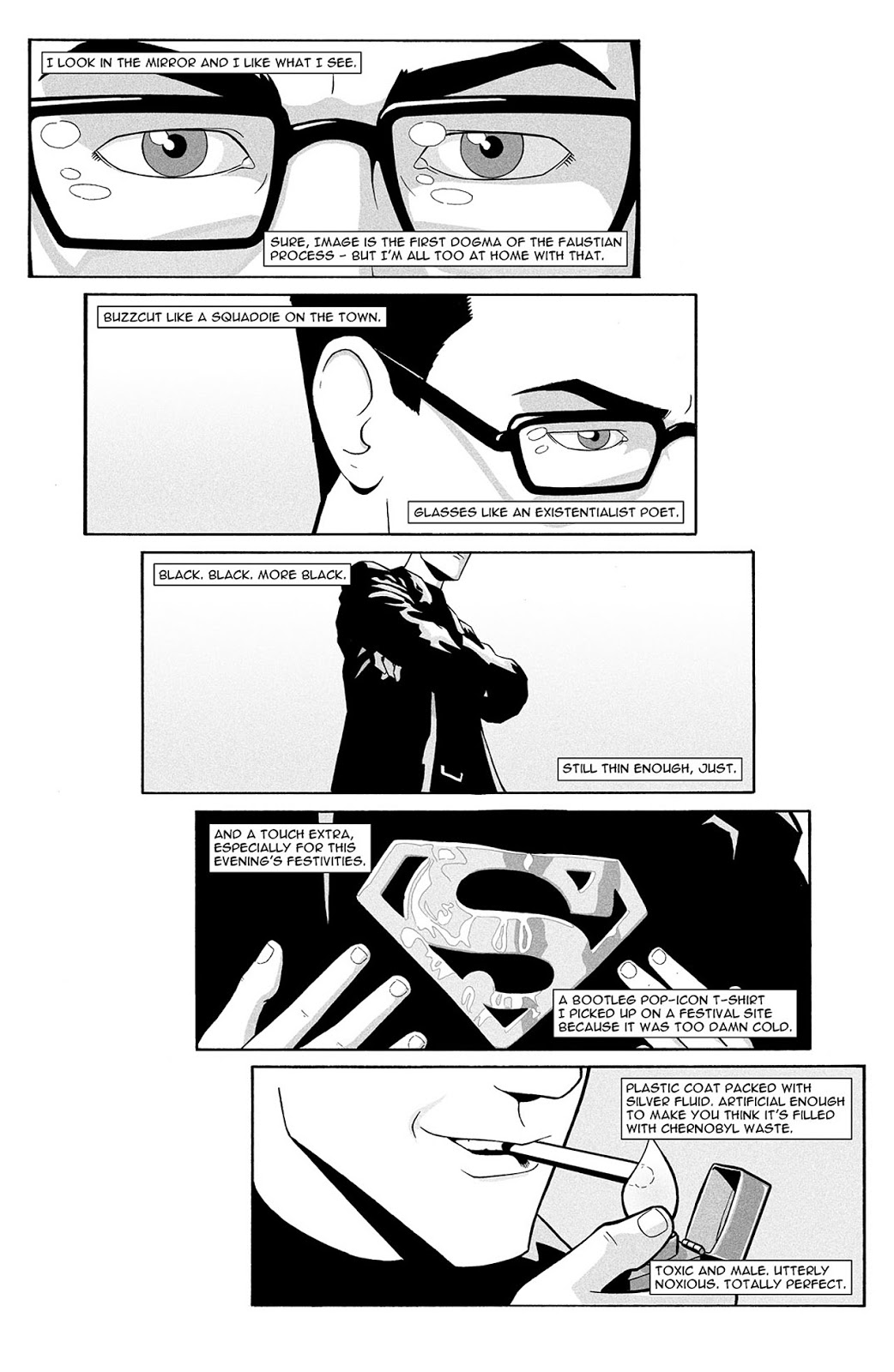 David Kohl is a “Phonomancer”. That means he draws upon the power of pop music in order to perform magic. He’s also a bit of an arsehole. He’s cursed, and his memories start changing on him – he’s starting to forget how much he hates Kula Shaker and Ocean Colour Scene. To resolve this situation, he needs to track down the goddess Britannia, who is also his old flame.

That’s what Kieron Gillen and Jamie McKelvie’s 2006-2007 title Rue Britannia is “about”. What it’s actually about is Britpop, the music journalist-manufactured guitar-driven indie scene that dominated the British pop charts in the mid-1990s, and spawned such acts as Blur, Oasis and Pulp, or at least gave them their route to success. It’s also about what it’s like to be in your late twenties and having to renegotiate your relationship with the music that meant Absolutely Everything to you in your teens, when the bands you loved have split up or are just rubbish, and you find yourself wondering if you were too harsh on the bands you thought were terrible. It’s about learning to hang on to those parts of your past that you still need, whilst discarding those elements that are holding you back. It is a comic with a message that you should neither reject your past entirely, nor allow it to dictate who you are now.

Phonogram is the first major collaboration of writer Gillen and artist McKelvie, though they had previously worked together on the strip Save Point for PlayStation Magazine UK. It very much plays to their interests. Indeed, if between 1994 and 1998 you were not aged between sixteen and thirty-five, living in the UK and spending a lot of time listening to Radio One and reading New Musical Express, it’s possible you will find Rue Britannia almost completely incomprehensible. If you were that age at that time doing that sort of thing, it could well be that you’ll love this. You’ll also probably love McKelvie’s covers, all takes on classic Britpop-era album covers. A lot of people did, as ‘Konichiwa Bitches’ won an Eagle Award as an individual comic.

If truth be told, it seems a little crude now. Gillen’s ear for dialogue is not quite as attuned as it would later become. McKelvie’s line is less refined, and he has yet to discover the delightful simplicity of the 2 x 4 panel grid. The shadow of Grant Morrison and Steve Yeowell’s Zenith perhaps falls on this a little too heavily, but it must be emphasised that Rue Britannia only seems primitive in comparison with what Gillen and McKelvie went on to create. The only reason that this isn’t the best comic about how great pop music is that you’re ever likely to read is that two years later, Gillen and McKelvie produced Phonogram: The Singles Club. Recommended.