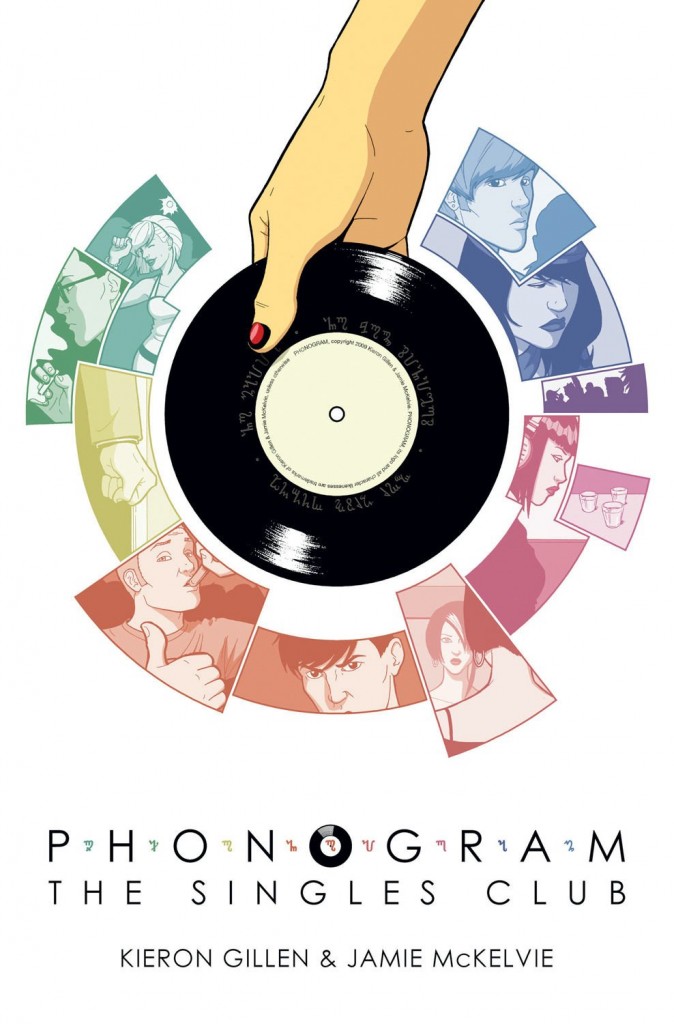 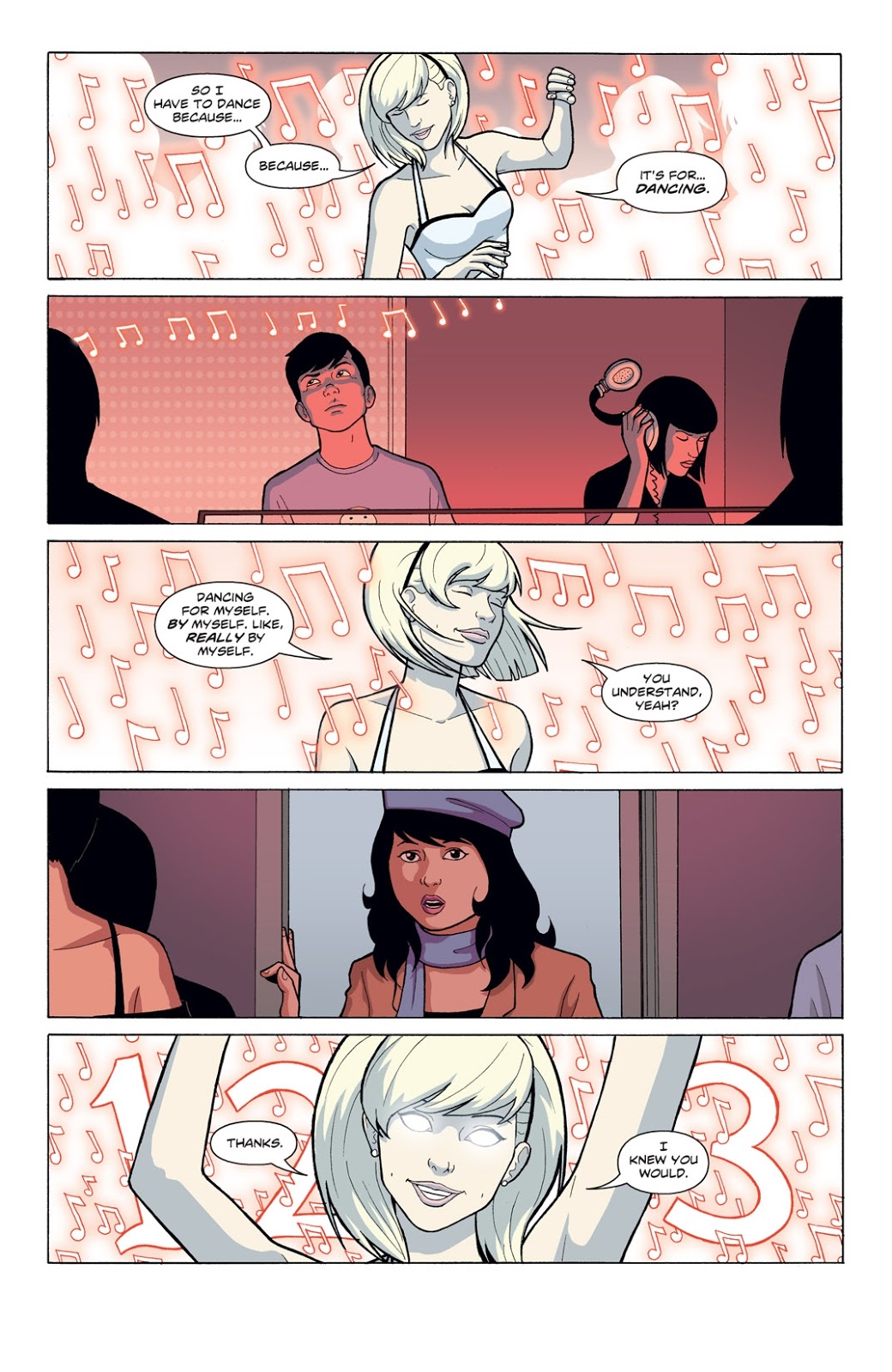 It is the night before Christmas Eve, 2006. A bunch of phonomancers, some of whom we’ve met before, some of whom we haven’t, are off to an indie club in Bristol. There are three rules: no boy singers, you must dance, and no magic.

This is Kieron Gillen and Jamie McKelvie’s second volume of Phonogram, now enhanced by the colours of Matthew Wilson. It shows one night from the perspectives of seven different characters, a tried and tested dramatic device that can be tricky and time-consuming to pull off, as shown by McKelvie’s careful wall plan of where all the background characters were, illustrated in the supplementary material. Done well, as it is here, it can be very rewarding.

Where the first volume of Phonogram, Rue Britannia, radiated nostalgia, Singles Club is about the immediacy of pop music, and the power that lies in the pop moment. Appropriately, most of the new characters are around about twenty, rather than approaching thirty, as was the case with most of the cast of Rue Britannia. It’s about how great clubs are, especially when you’re twenty and all you want to is dance and have fun, even if there are some people who can’t live in the moment, and really need to get over themselves.

Gillen’s writing continues to improve. Though informed by a broad and deep knowledge of pop music, his script here is less demanding of an equal knowledge in the reader when compared with Rue Britannia. You don’t really need to have heard Pull Shapes to understand the references to it in this comic, or even to have a clue who the Pipettes are. The comic makes it clear that this is a record that some people think is the greatest pop tune ever, and others are a bit snobbish about. And that’s all you need.

McKelvie’s artwork bursts into life here. The adoption of plain, simple, six, eight or nine panel grids imposes a discipline that allows McKelvie to express himself with simplicity, his line is gorgeous, and colour provides a sense of reality that’s perhaps not entirely there in Rue Britannia. A lovely comic that you should read. Phonogram continues with Immaterial Girl.