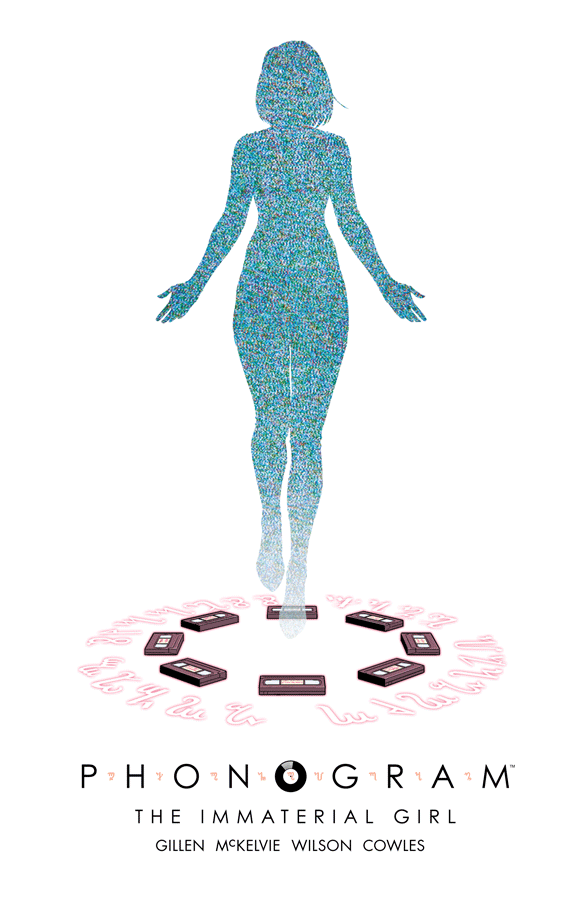 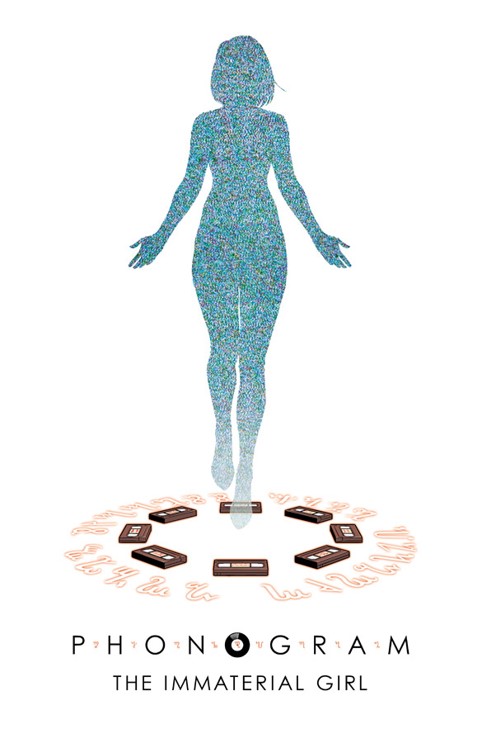 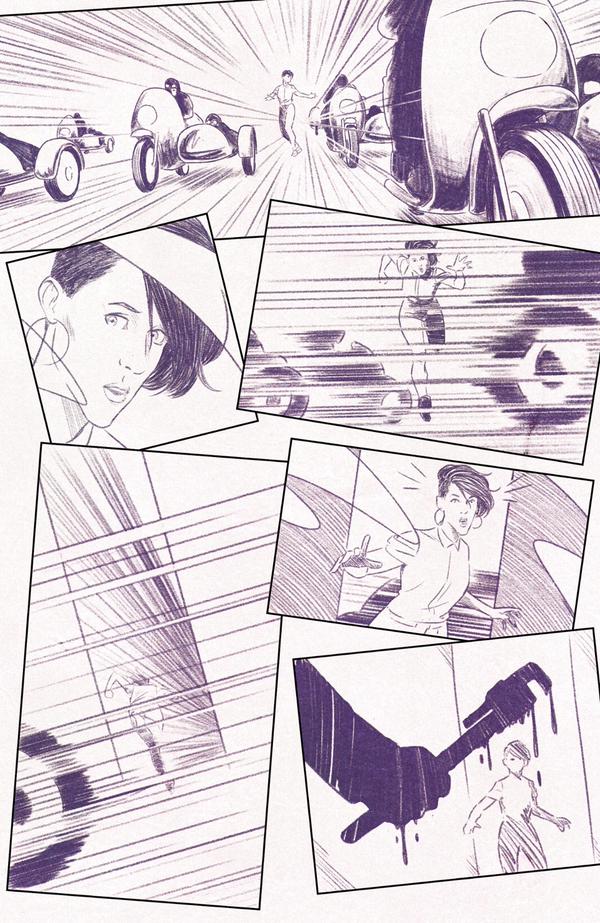 My word, but Phonogram is good. Properly you-must-read-this good. The Wicked + The Divine is Kieron Gillen and Jamie McKelvie’s comic intended for the mass audience they gained with the success of Young Avengers, the comic they do because other people will like it (and that is to misrepresent WickDiv quite a lot). Phonogram is the series into which they most put their hearts and souls, the one they produce not because they’d like to, but because they have to.

Three years after the third and final volume of Phonogram was originally announced as coming soon, itself three years after they had originally intended to release it, Jamie McKelvie finally took a six-month break from The Wicked + The Divine in order to draw The Immaterial Girl, a series that brings back most of the characters from the previous two stories. After the largely plotless (but superb) Singles Club, The Immaterial Girl returns to the narrative approach of Rue Britannia, with a plotline that picks up on the one point in Singles Club where there’s a serious bit of foreshadowing of something actually happening. Ten years before the events of The Immaterial Girl, phonomancer Emily Aster made a magical pact to dispose of part of her personality – now that part is being restored. It’s not exactly a new plot – people have been literalizing the confrontation with one’s other half at least since Ursula Le Guin’s A Wizard of Earthsea, and anyone familiar with the trope will anticipate the general terms of the resolution, which is the only resolution this story can really have. But it’s not about the destination, it’s about the journey, and this journey is well worth savouring.

Where Rue Britannia was about Britpop, and Singles Club about clubbing, The Immaterial Girl is about the power of music on television, as Emily finds herself cast into a world of iconic pop videos, such as A-ha’s ‘Take On Me’ and Madonna’s ‘Material Girl’. It’s also about growing up and looking to the future, where Rue Britannia was about looking to the past and Singles Club about the here and now. The cast move from their twenties into their thirties, and their lives become more settled. It’s also a London-based story, in the way that the first two volumes are not. Gillen picks up on how creative types might well start out in the provinces, but the magnetic pull of the capital drags them in. This isn’t what The Immaterial Girl is about, particularly, but it’s certainly an undercurrent. Meanwhile, Gillen’s writing of character remains strong – everyone is credible with dialogue in which you can believe, and the connections with key events in pop music history remain.

McKelvie’s art is superb. It’s attractive, and dynamic. He takes the opportunity to be more experimental with his layouts, whilst still remaining clear and easy to follow. This is what magical combat ought to look like, fantastic, yet also grounded in reality. The team that Gillen and McKelvie have built up over the years, Matthew Wilson on colours and Clayon Cowles on letters, are also back again. Their contributions are significant, and rightly recognised on the cover.

If there’s a disappointment, it’s that, as with Singles Club, the back-up strips, the ‘B-Sides’ in which other artists are let loose on the Phonogram characters, are not included. But that’s clearly a deliberate policy to give something back to people who bought these comics when they first came out.

This is Gillen and McKelvie at their very, very best, which is very, very good.