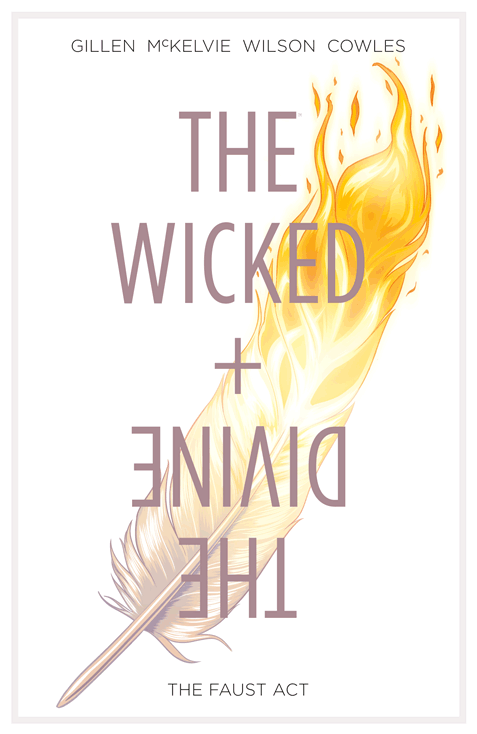 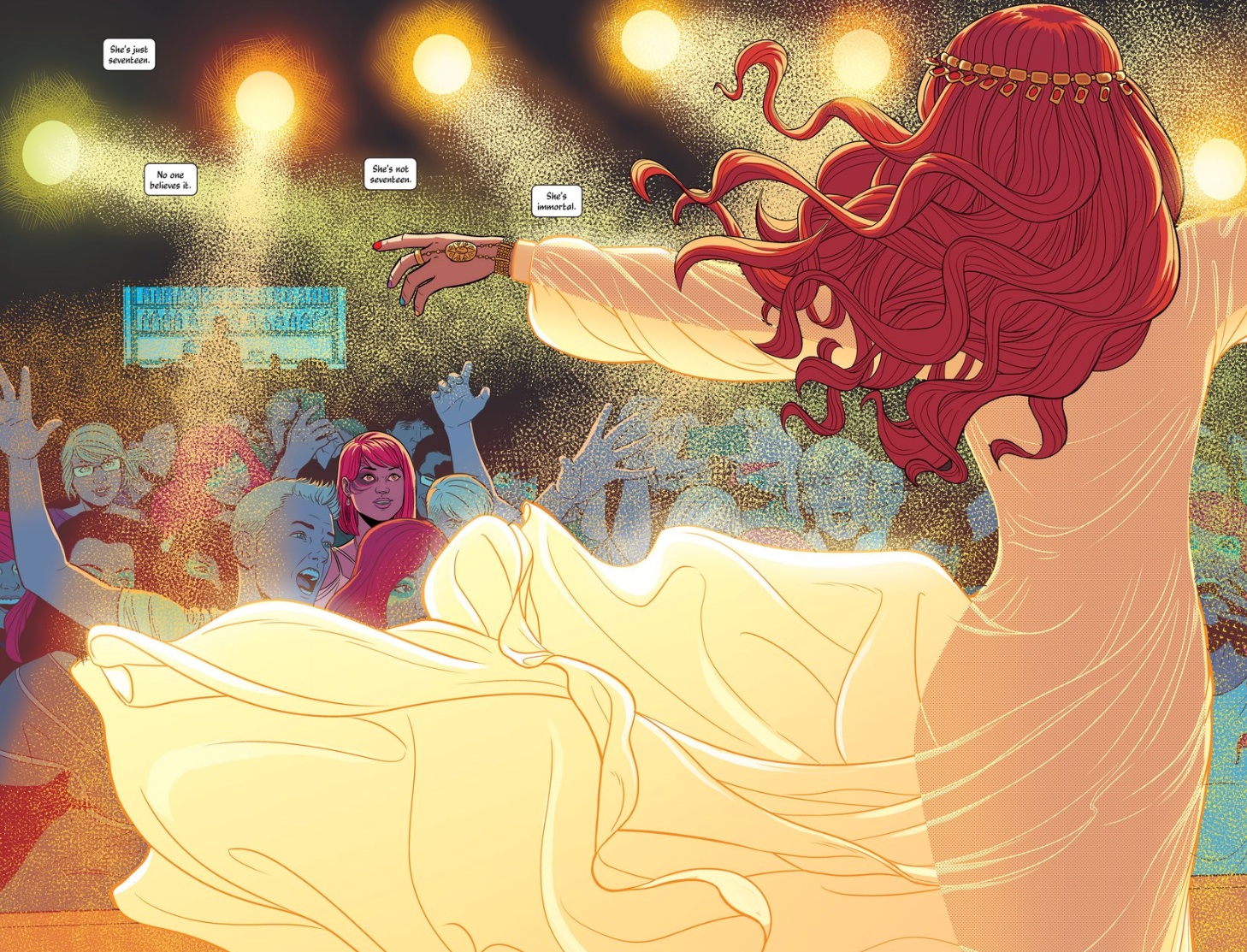 Every ninety years comes the Recurrence of the Pantheon as twelve gods reincarnate in the bodies of young men and women. Two years later they are all dead. The Wicked + The Divine explores the present Recurrence, taking place in 2014, through the eyes of Laura, a fan of the Pantheon.

The Wicked + The Divine is Kieron Gillen and Jamie McKelvie’s best work so far. Its rich, multi-layered story can be appreciated on many levels. Gillen describes it as a tale of problematic people doing problematic things – there are no black-and-white heroes here. Where Phonogram was a comic about being a fan, The Wicked + The Divine is about being a pop star, and how stars deal with the adulation they receive. It’s also very much a comic about death, and about people who think they are immortal (as all young people do) being confronted with their own mortality. As the title implies, it is to a certain degree a comic about unwise bargains with the devil. And it’s also a superhero comic, with a rather fine superhero battle at its climax.

Gillen and McKelvie manage a subtle blend of their influences here. The menace of the godlike superhero as explored in Alan Moore’s Marvelman is one echo; another is the careful construction of a mythology, as seen in Neil Gaiman’s Sandman. All of this is told against a finely drawn background of London, a London replete with racial, gender and sexual diversity. This is a London that, albeit short of images of the typical iconic buildings, nonetheless feels like London as currently experienced by its population. McKelvie’s art has never been better, and Gillen’s writing superbly balances a text full of cultural references with overall comprehensibility. Matthew Wilson’s subtle and effective colours enhance the reading experience. Adding the lettering of Clayton Cowles reunites the crew that worked on Young Avengers, and there is a reason that all four are listed on the cover. The work of designer Hannah Donovan is also important.

An excellent comic, highly recommended, which continues with Fandemonium. And also, due to the use of simple grid patterns for the pages (2 x 4, 2 x 3, 3 x 3, etc.), it’s really good introductory reading for someone who hasn’t read comics before.