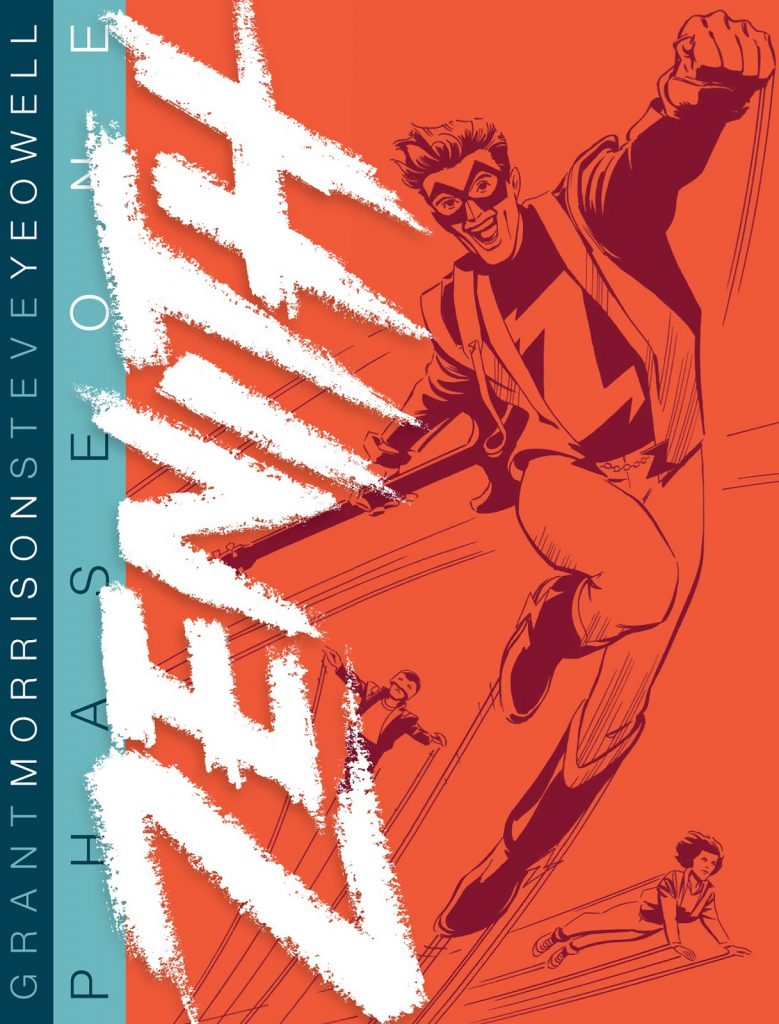 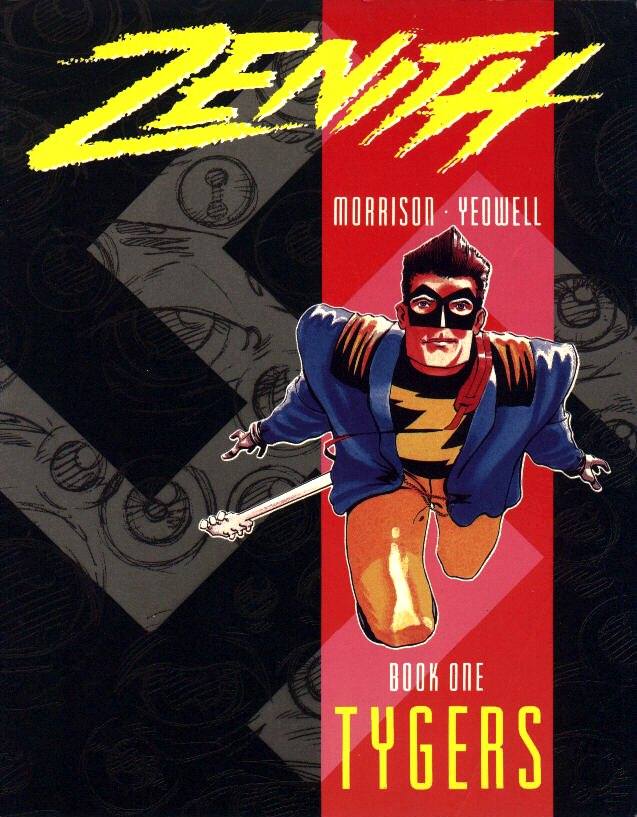 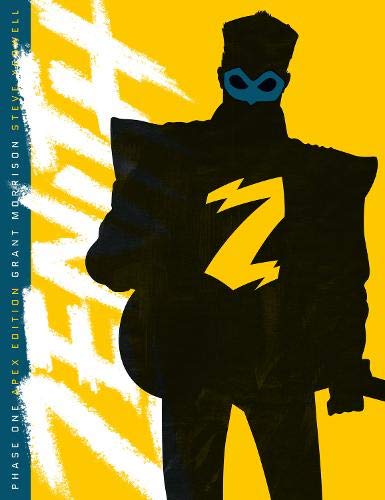 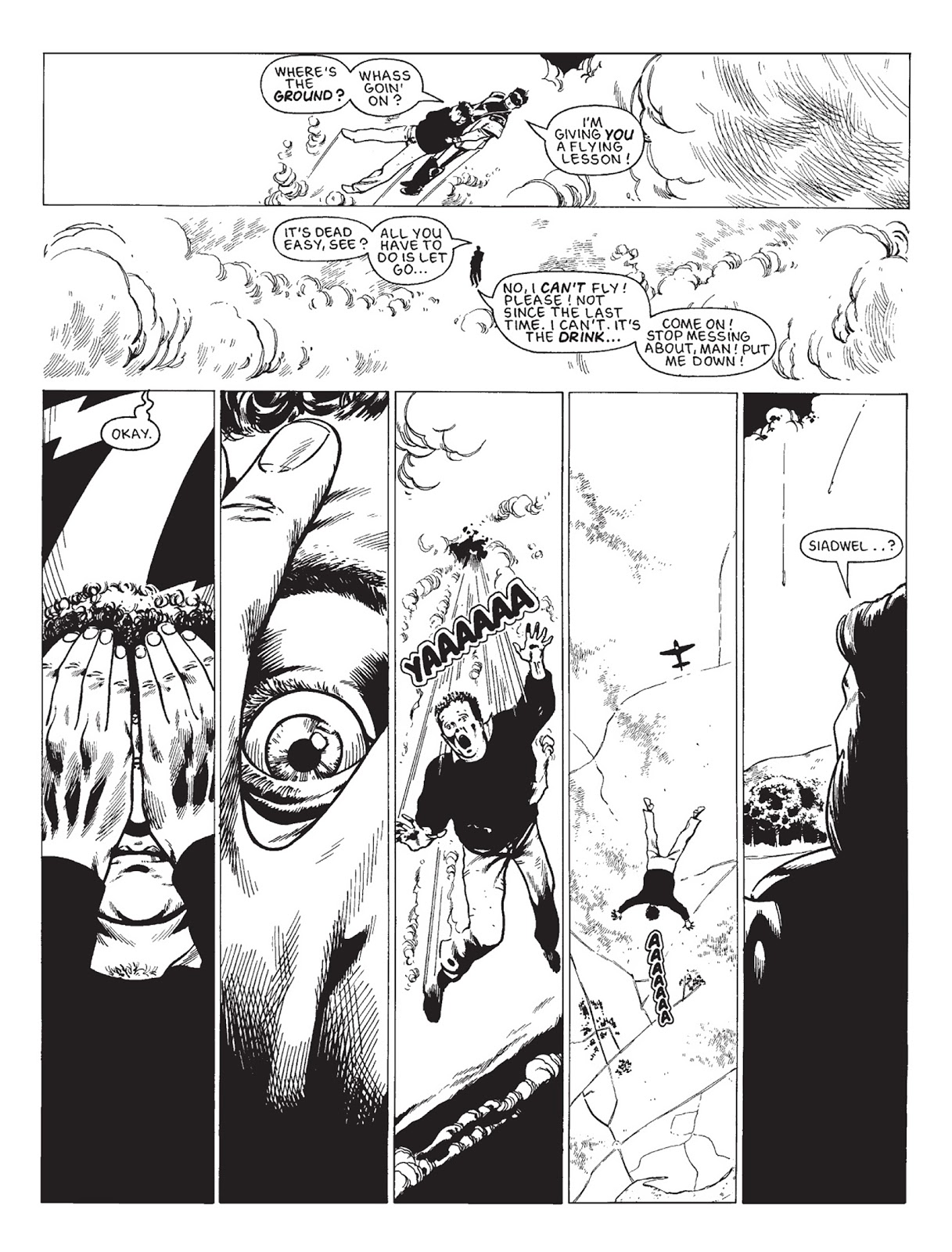 Zenith was a game changer for both Grant Morrison and 2000AD in 1987. Morrison had been working for assorted publishers for several years without being recognised as anything other than a jobbing freelancer, but Zenith changed that view within a matter of months. As for 2000AD, in ten years of publication they’d never published a superhero, and Zenith grew into a remarkable exploration of what a superhero could be in the 1980s if freed from the shackles of their 1950s and 1960s equivalents.

Zenith himself isn’t seen until the final panel of a prologue chapter in which Morrison establishes a lineage of 1940s and 1960s superheroes, noting the latter resulting from drug experimentation. When Zenith does appear it’s as a drunken teenager falling through a skylight, having been out clubbing all night. His powers are inherited from his parents, used almost exclusively for self-promotion, and when the need for real world-saving manifests Zenith is a very reluctant participant.

It’s usually the case that anything designed to be modern doesn’t age well, yet Zenith retains a considerable amount of credibility, if not being as fresh and exciting as it was in 1987, partly down to its later influence. The less than altruistic superhero has been recycled greatly since, while the invincible super being without conscience had already been used to devastating effect in Miracleman. The idea of involving Lovecraftian monsters from another dimension intruding on Earth has been more selectively seen since, but Morrison was a comparatively young writer at the time and wore his influences on his sleeve, especially politically. At the start Zenith himself is almost secondary to what rolls out, an annoying child taken on a tour of how the promise of the 1960s evaporated.

The character designs are the work of Brendan McCarthy, but Steve Yeowell brings them to life, his art still having a sleek appeal and working well with light and shade. This was also Yeowell’s first major work, and he can be seen becoming more confident with layouts, relaying on less black shading and learning to cut back on what’s not necessary to a panel. Anyone blown away by the art can look for the oversized Apex Edition, which reprints the original art.

Zenith won an Eagle Award for Best New Series, and while subsequent material recycling the ideas has diminished the relative originality, the saving grace is Morrison’s intention that the series is fun. That’s now a primary strength as he mushes all the elements together.

Rebellion’s hardcover edition is broadly similar to the content of Titan’s 1988 paperback titled Tygers, but adds two interlude stories missing from the Titan collections. The first is a tragic and sentimental look back at World War II superhero Maximan in the days before the fate that awaits him in the opening episode, and the second explains more about the 1960s superheroes, their creator and acts as a prelude to Phase Two. This hardcover additionally includes all Zenith’s 2000AD covers during this story, and the covers to American reprints. A second Titan paperback labelled Phase 1 on the cover can be found online, but copies ought to have been pulped, and this was never an official release. 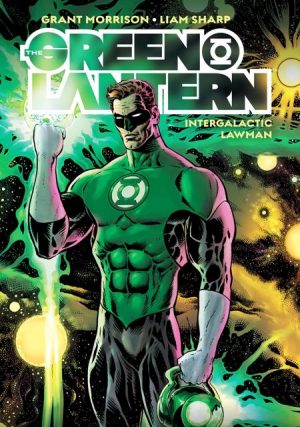