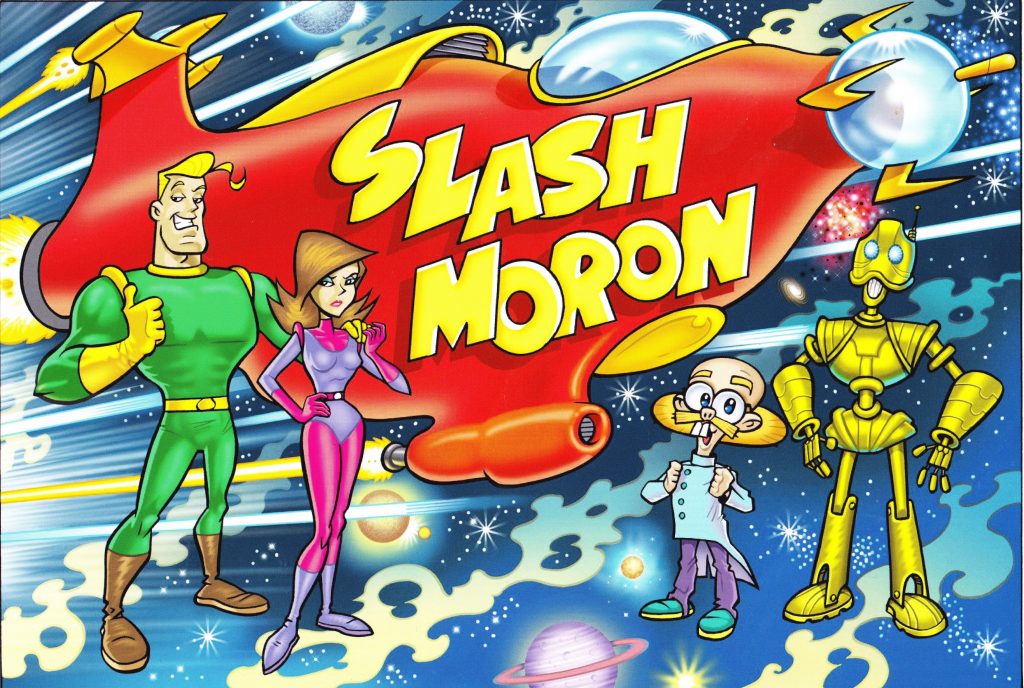 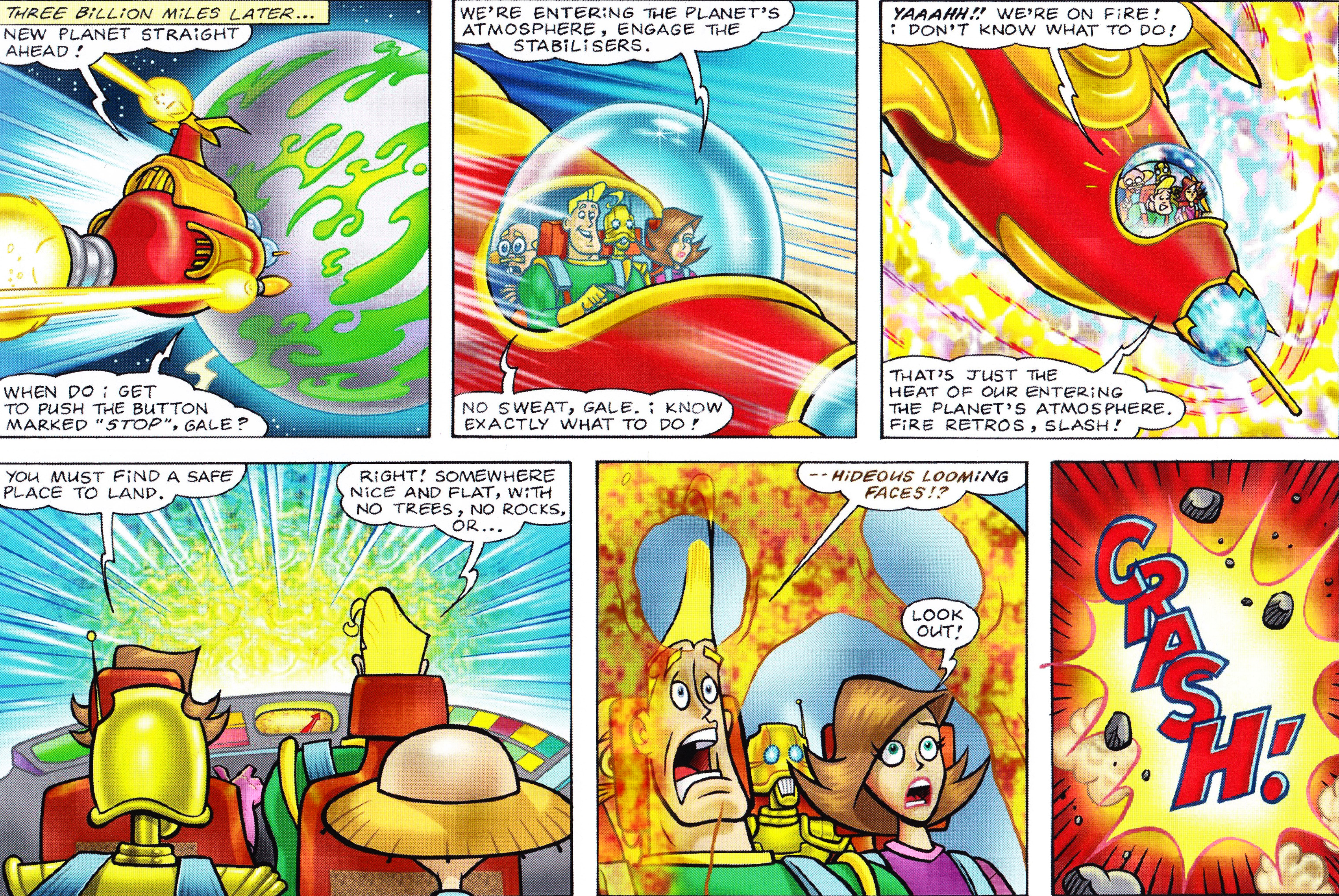 Slash: Why did you call me here, Prof?

Professor Essor: Well, Slash, I need an unwitting id—I mean an intrepid hero to accompany me on the journey of a lifetime. I’ve discovered a strange, new world, come into my house and I will tell you all about it.

Slash Moron is the brainchild of grizzled veterans of the British comics scene Bambos Georgiou, James Hansen and John Burns. Bambos scripts and letters with Hansen providing the pencils while Burns colours. Slash has his home in Aces Weekly, an online anthology that describes itself as “the award-winning, exclusively cyberspace – NO PRINTING, NO PAPER – comic art magazine”, co-founded by David Lloyd (V for Vendetta) and Bambos himself.

At first Slash is very resistant to the idea until he meets the Prof’s assistant, the gorgeous Gale Goodbody. Desperate to impress her, he hastily joins the expedition along with Essor’s artificial intelligence Robot. Soon after landing they rescue alien Gaz-Sharaz who tells them about the planet Varzoom and its dictator Klutchmong and his vicious Porcopods.  Hilarity ensues as the creators proceed to lampoon every single sci-fi trope and cliché from Flash Gordon (most obviously) to Edgar Rice Burroughs (more subtly) and everything in-between. Bambos’ script is frequently funny, at its best when mocking the silliness of macho masculinity inherent to the genre.

Slash (piloting the ship): I bet you’re really impressed that I’m going to be flying this rocket, Gale!

Gale: Actually I designed and built the navigation system, and I helped invent the new ion propulsion stabilisers.

Slash: Yeah, but I get to push the button marked “Go”!

Even funnier is a familiarity about the cast, the honest portrayal of hero and villain alike quite refreshing. Every character has a distinct personality that also comes across in artist Hansen’s illustrations, fun and dynamic in the style of the British funny comics, with Burns’ bright colours making the varied environments stand out. Presented in the original landscape format of Aces Weekly stories, the art isn’t crowded despite moving at a brisk pace. The main question is who is Slash Moron for? The art is similar to that of British comic staples with the scenarios silly and appealing to children, but the humour in the dialogue often raises a naughty snigger. Plenty of kids’ books do that nowadays so the decision is really up to the reader. On the other hand the source material referenced is unknown to most 21st century children and some adults, so the jokes may fly right over your head.

Whatever you decide, be assured that Slash Moron is a fun inventive read with entertaining art that smoothly mixes the classic with the modern. Most surprising is that the creators, especially Bambos as writer, succeed in merging old themes into a fresh-feeling comedy. That’s impressive. For lovers of the indie comic scene, Slash Moron is a good addition though printed copies are limited to around 300 and only available at their Indiegogo page.

“Further Adventures of Slash Moron are in Production. You have been warned!”