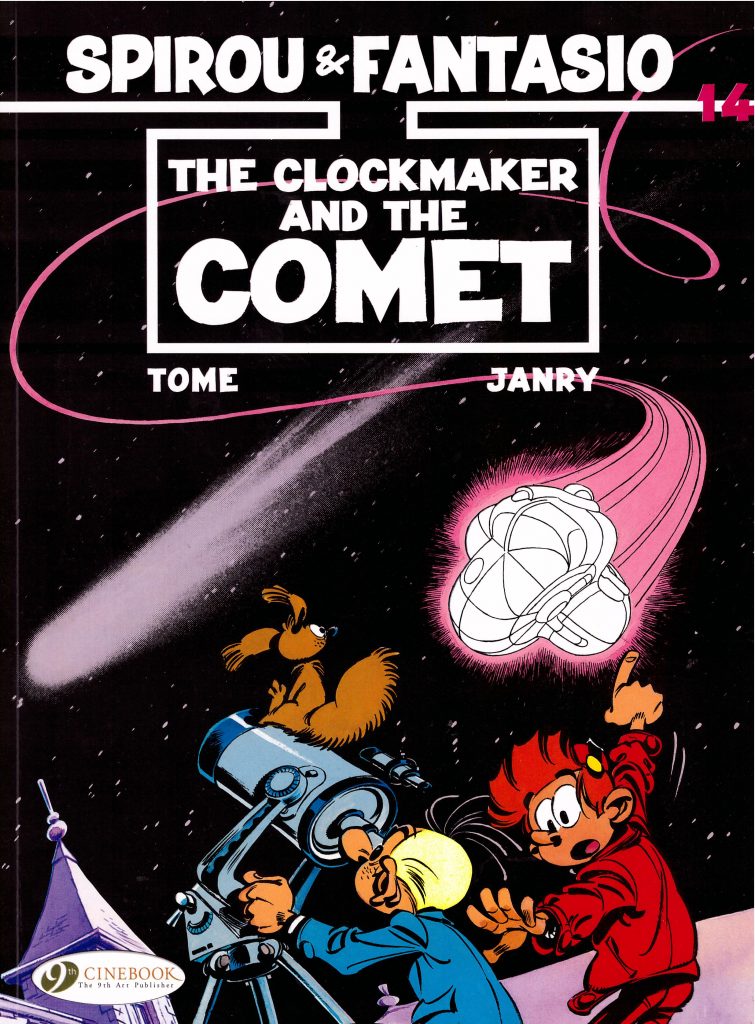 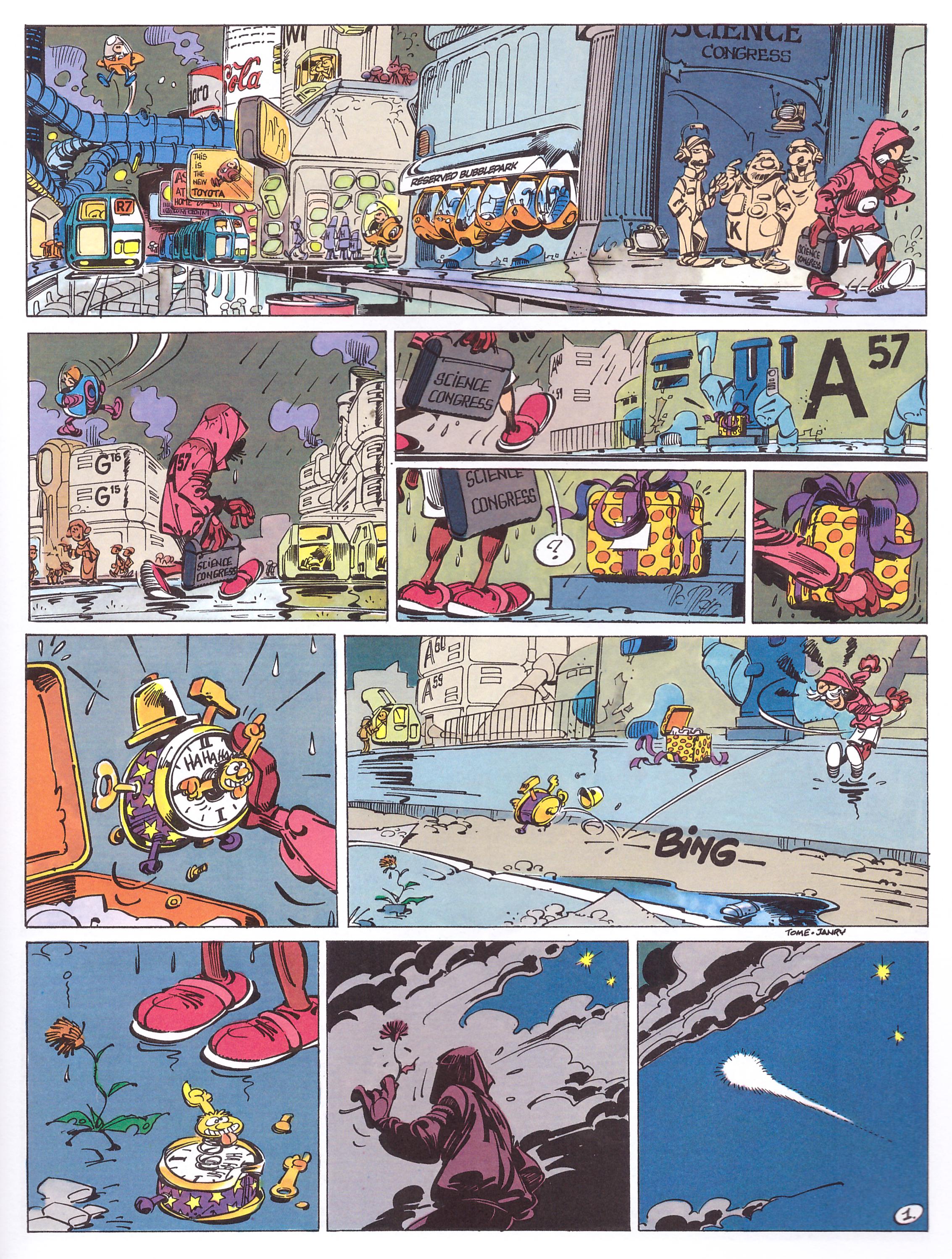 When the Count de Champignac takes a few days vacation, he leaves Spirou and Fantasio house- sitting in his mansion, telling them his telescope is already set to spot a large comet due to pass Earth. They’ve barely been there a day when the Count returns via a strange craft landing in the garden, a creature never before seen on Earth accompanying him. Despite a remarkable visual similarity, this is the Count’s descendent, Aurelian de Champignac, who’s come back from the future in a time machine of his own devising. He’s been ridiculed in the future, so to prove his machine works he’s decided to collect a few specimens of plants that no longer exist in his time.

The surreal opening page providing the sample art is an example of artist Janry (Jean-Richard Geurts) on top form producing cartoon magic. Just look at the imagination in play on the single page, and it reflects the remainder. We’re used to our craft being symmetrical and sleek, but the vehicle Janry supplies from the future is lumpy, lopsided and uneven, yet a consistent design. The technology is contrasted with the primitive environment of the Palombian jungle, where another surprise awaits. Whether drawing past, present or future, Janry is superb.

Tome’s plot strings together action, adventure, thrills and slapstick, but it’s one of his weaker efforts, being an episodic series of gags strung together betraying its serialised origin. A continuing need is to return to Aurelian’s craft by a deadline, but otherwise The Clockmaker and the Comet reads as if Tome is stretching the thin idea by plotting a few pages at a time. That’s not to say it’s without good portions. Unlikely as it sounds, a torture scene is a farcical highlight, and Janry’s art counts for an awful lot, raising the story above average.

Z’s Awakening was Tome and Janry’s next Spirou and Fantasio album, a sequel of sorts to this story, and presumably the next of their works on Cinebook’s translation list.