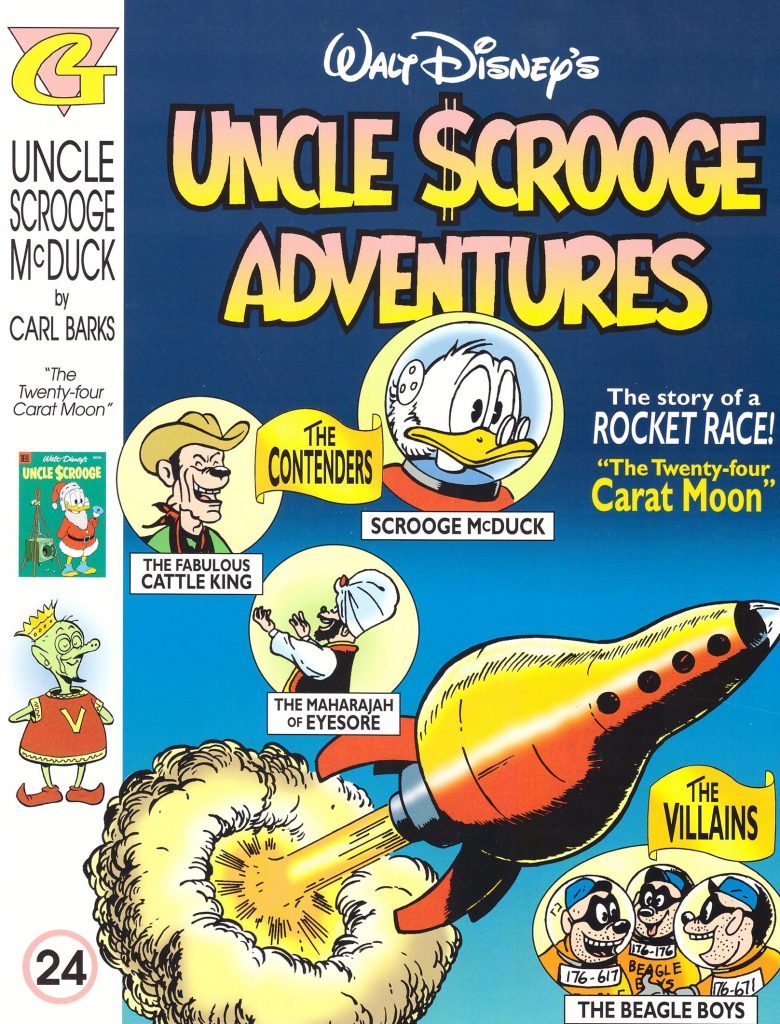 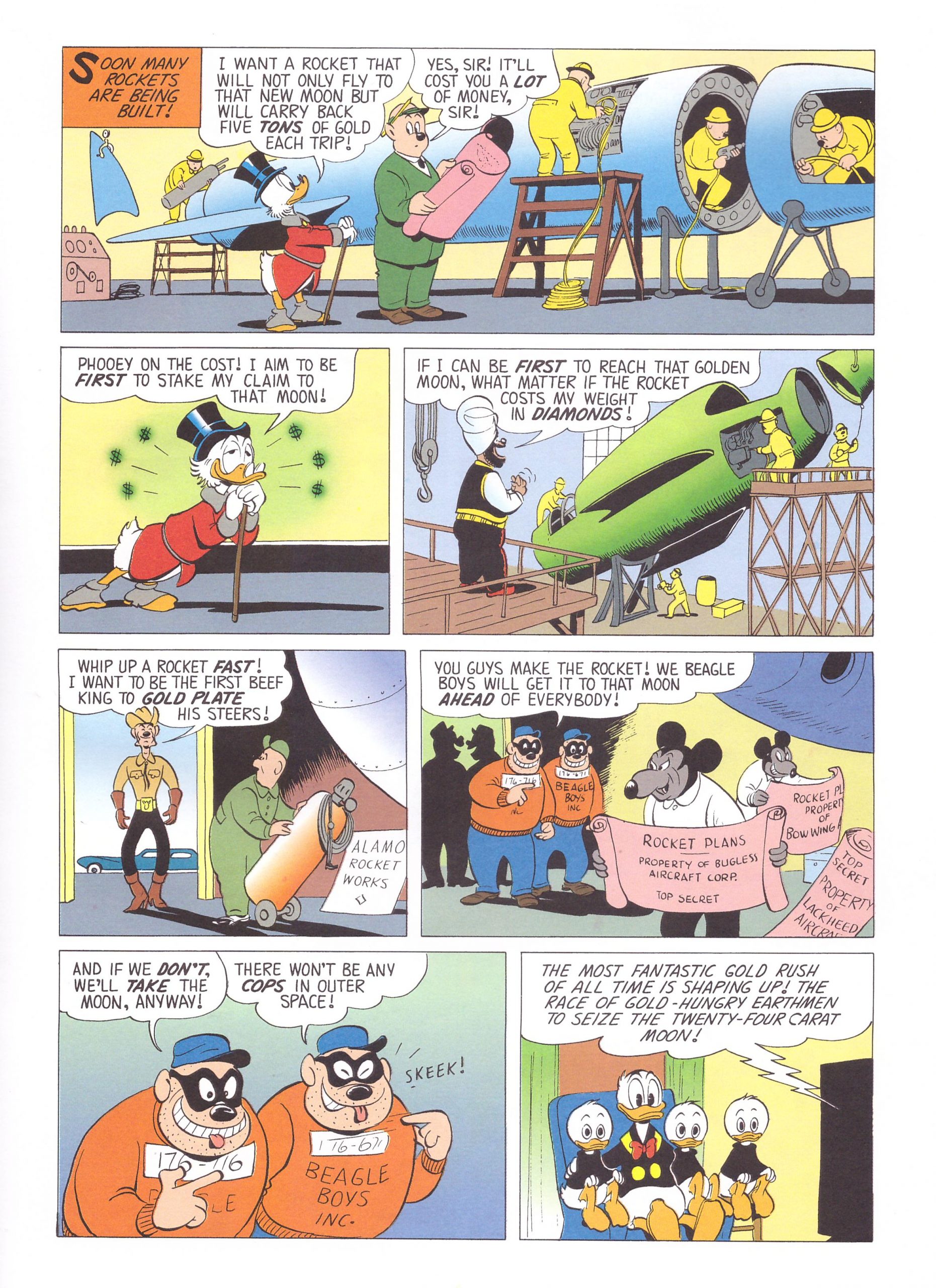 In 1958 ‘The Twenty-Four Carat Moon’ was far more ambitious and adventurous than it now seems. The USA had barely begun talking about a space programme, and landing on the moon was still over a decade away, so having Scrooge fly into space was a real imaginative novelty. What on Earth could convince him to take such a dangerous trip into the unknown? Gold, of course. While not precisely fitting the template of Scrooge’s great treasure discoveries produced by Carl Barks, this story is definitely connected, it’s just that the treasure’s not found on Earth.

A satellite sends back pictures of a second, smaller moon, orbiting Earth behind the known moon and revealing that it’s a planet of solid gold, which immediately has Scrooge salivating. He’s one of very few people able to raise the funds to construct a spaceship, and Barks puzzles with his other choices, even acknowledging how little concerned he was with constructing a cohesive framework for his duck stories. Barks remembers Longhorn Tallgrass from his previous story, if not his name, and the villainous presence is via the Beagle Boys, which may account for the absence of Flintheart Glomgold, who’d surely be interested. Perhaps Barks considered two villains unnecessary. It’s an interesting piece, with gags aplenty before Scrooge lands on the moon, where it takes a different turn as he meets someone already there. With so many stories emphasising Scrooge’s insatiable lust for wealth, Barks probably never made it clearer what he thought of such greed, really underlining where he believed life’s priorities lie with some clever final panels. Were continuity important to Barks, Scrooge would have learned a lasting lesson.

Ethical behaviour also plays a part in the shorter back-up, in which Scrooge is sold some ink containing the psychoactive property of instilling guilt in those who read anything written with the ink. Scrooge immediately sets to work sending out an invoice reminder to Donald Duck, who’s not yet repaid a loan enabling him to take a holiday. Slapstick is paramount in the shorter Barks stories, and so it is here, but along with the strong morality Barks always imposes.

Both stories saw publication in December 1958, and for many that’s a convenient line to draw. Certainly no stories generally considered among Barks’ best were published during the final eight years of his career, but his peak was so high that even though it wasn’t reached again plenty of treats await. This pair of stories is now more readily available in the hardback collection Twenty-Four Carat Moon.