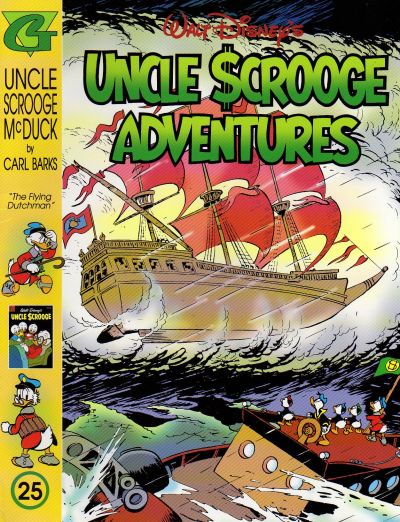 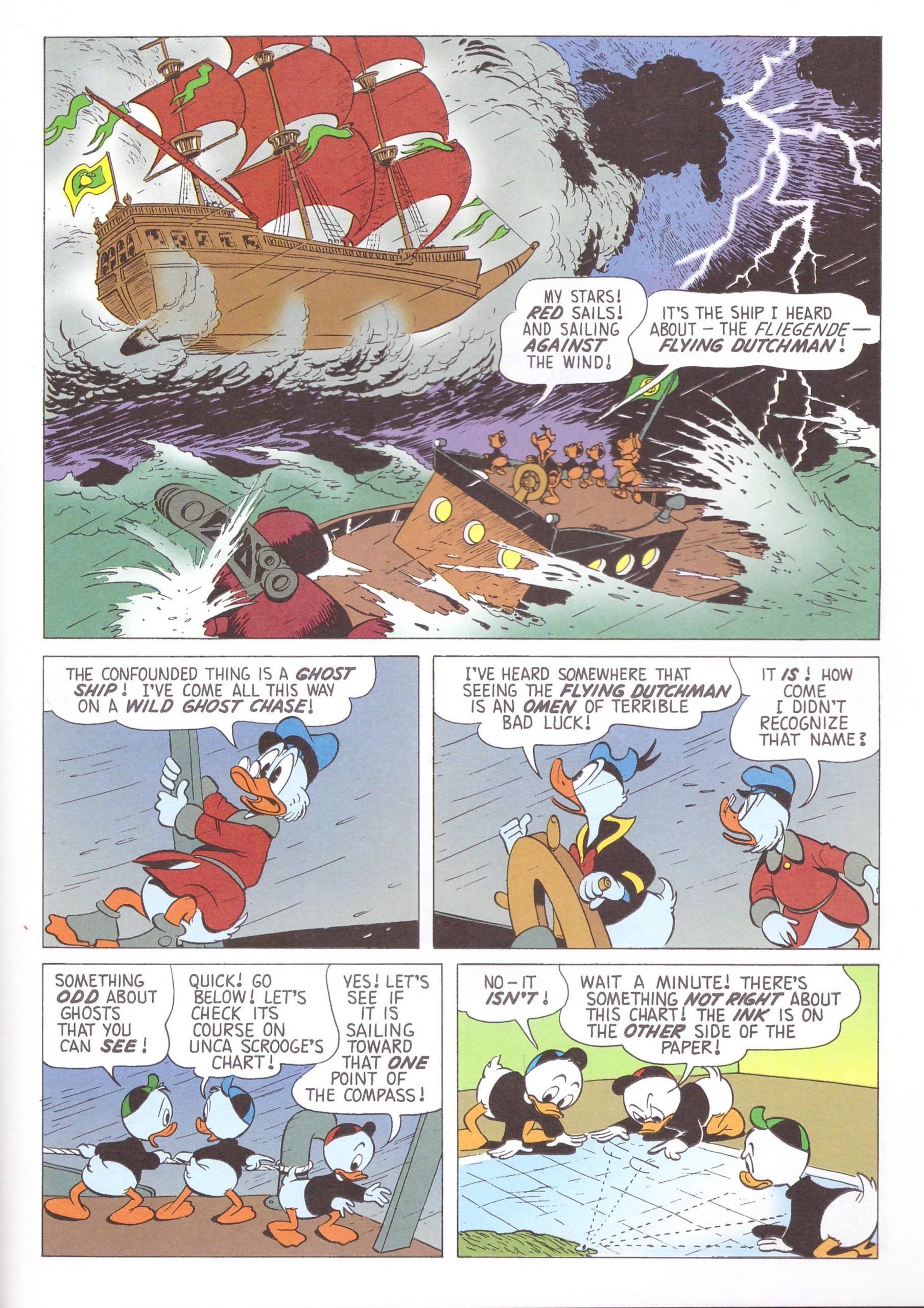 Carl Barks was either very fond of his extrapolation of the seafaring legend of a ship destined forever to sail the seas as a harbinger of ill fortune, or he knew it provided a strong visual image. Either way, four of the duck paintings he produced later in life featured the Flying Dutchman, all based on the half page used as the sample art. Some of them are discussed in Geoffrey Blum’s accompanying article.

That it’s a ghostly legend doesn’t dissuade Uncle Scrooge from tempting fate by attempting to salvage treasure from the ship’s final resting place. After all, he’s uncharacteristically laid out $1000 for some old nautical chests containing ship records and needs to recoup his money. Once the plot is explained and Scrooge has co-opted Donald, Huey, Dewey and Louie as crew for his salvage vessel, Barks moves to a succession of finely plotted single page gags. Until an actual sighting of the ghostly Flying Dutchman all on-board misfortune is due to incompetence, but after it’s seen bad luck prevails in a series of near supernatural circumstances.

Truth be told, it’s not the finest of Barks’ longer stories, too much depending on right place and right time, and the finale is down to pure luck. Still, Barks does conceive a neat explanation for the sightings of a ghost ship, and the page on which it’s first seen is a beauty.

Only five pages are available for the back-up story in which Scrooge has dragged his relations to Egypt as he looks for something in which to invest his money. The joy is in the series of preposterous suggestions made to Scrooge, each of which he knocks back with a proverb about a cobbler sticking to what he knows. It seems to be working its way inevitably to some joke about shoemaking, yet doesn’t. Perhaps Barks couldn’t come up with one. What he supplies is certainly visually interesting, but not a great story, with a feeble ending gag, leaving the highlights of all artistic.

This is Barks, so it’s impeccably drawn and has moments of fun, but while he wasn’t burned out by 1959, as proved by ‘The Prize of Pizarro’ in the next volume, the classics were fewer from this point forward. Both these stories also feature in the 2020 hardcover collection Twenty-Four Carat Moon, named for the title story of the Uncle Scrooge Adventures in Color 24. 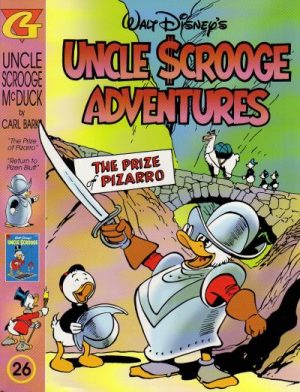 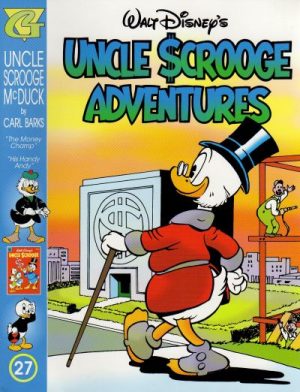 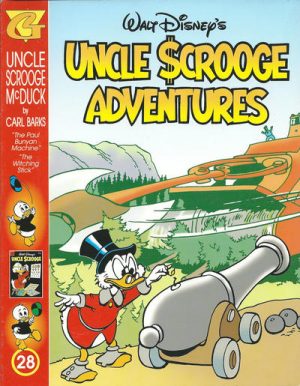 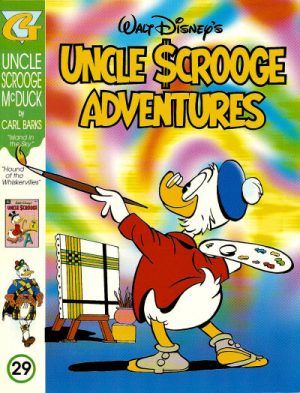