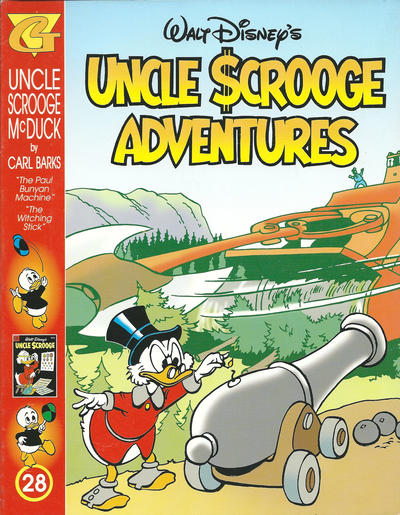 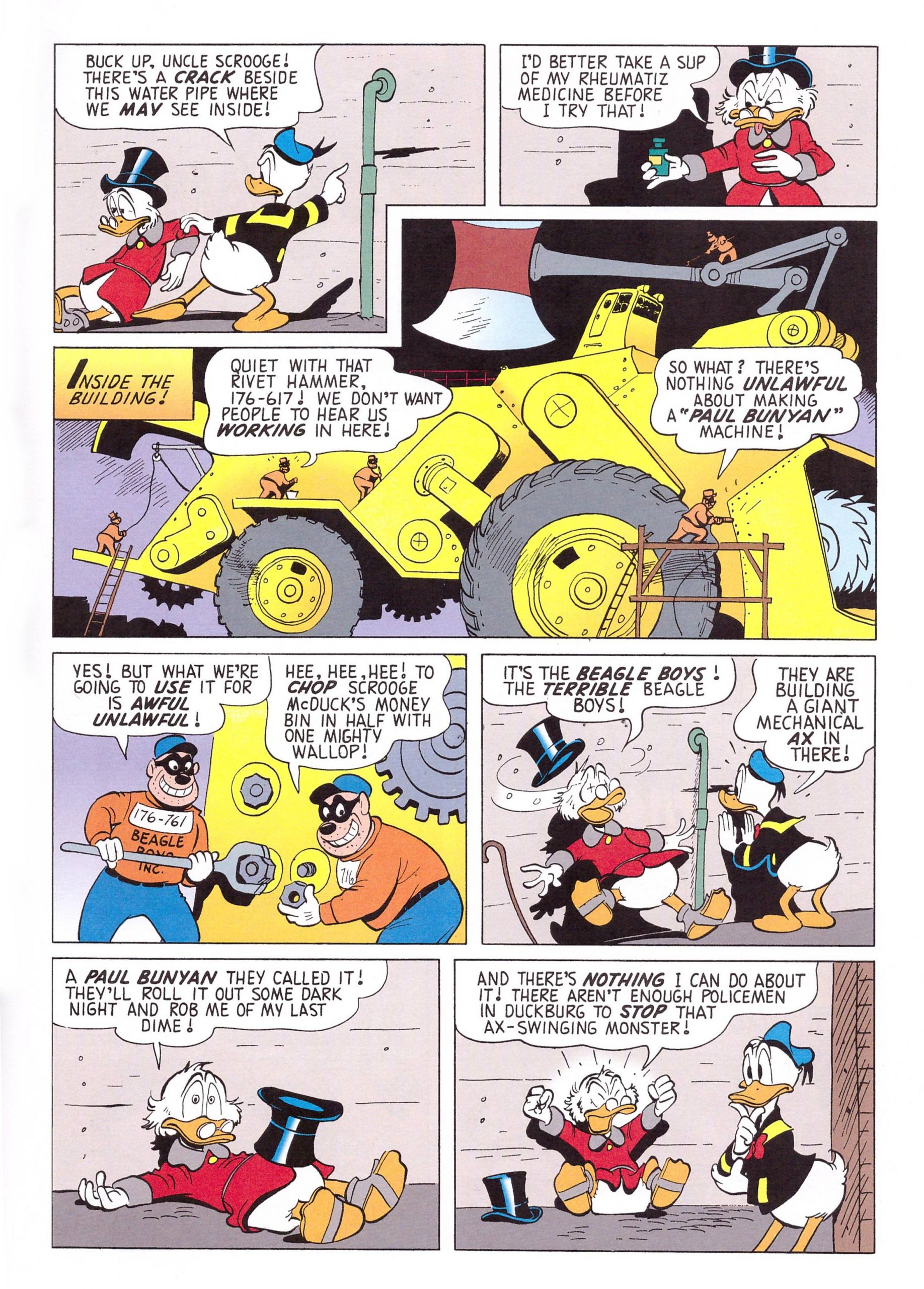 So attuned is Scrooge McDuck to his money that he develops aches connected to an awareness that someone is hatching plans to steal it. As seen on the sample page, he’s right, and the terrible Beagle Boys have constructed a monstrous contraption to break into his money bin. The Paul Bunyan machine, named after the legendary woodsman, is so massive Barks needs to deviate from his eight panel per page grid almost every time it’s seen. The concern over what might happen generates several pages of great gags, first as he attempts to move just a little of his money, then the introduction of the Worry Room, a circle already worn down well below floor level by Scrooge’s anxious pacing.

Scrooge determines the only solution is to move his money, and because Barks has produced earlier stories about that going wrong he comes up with his most inventive solution yet. He’s basically reworking the idea from the earlier ‘Only A Poor Old Man’, but applies a freshness. Throughout the story he supplies ingenious plans, equally ingeniously undermined, the gags coming thick, fast and creatively. In the accompanying article Geoffrey Blum discusses how in correspondence from the time Barks realised he was experiencing a dry spell. He’s too hard on himself. He may be recycling the basic ideas from old plots, but the beauty is what he does with scenario. Is Batman running up against the Joker invalid just because he’s done it before? Barks is so good because his standards are so high, and total originality is an unreasonable expectation of any creator producing the amount of stories he did.

For all that, the back-up isn’t as strong, with Uncle Scrooge believing a witching stick can locate buried gold. It’s a valid variation on the dowser’s twitching stick, but the jokes are perfunctory and the ending gag poor, although Barks revels in drawing the landscapes. Still, these five pages aren’t the reason to pick up this collection. If preferred, recoloured versions of both are in the more recent Fantagraphics hardcover collection Island in the Sky.