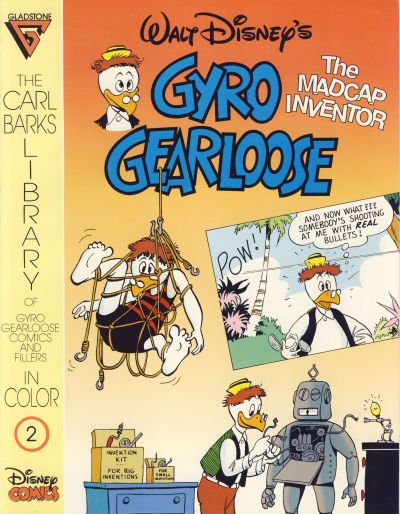 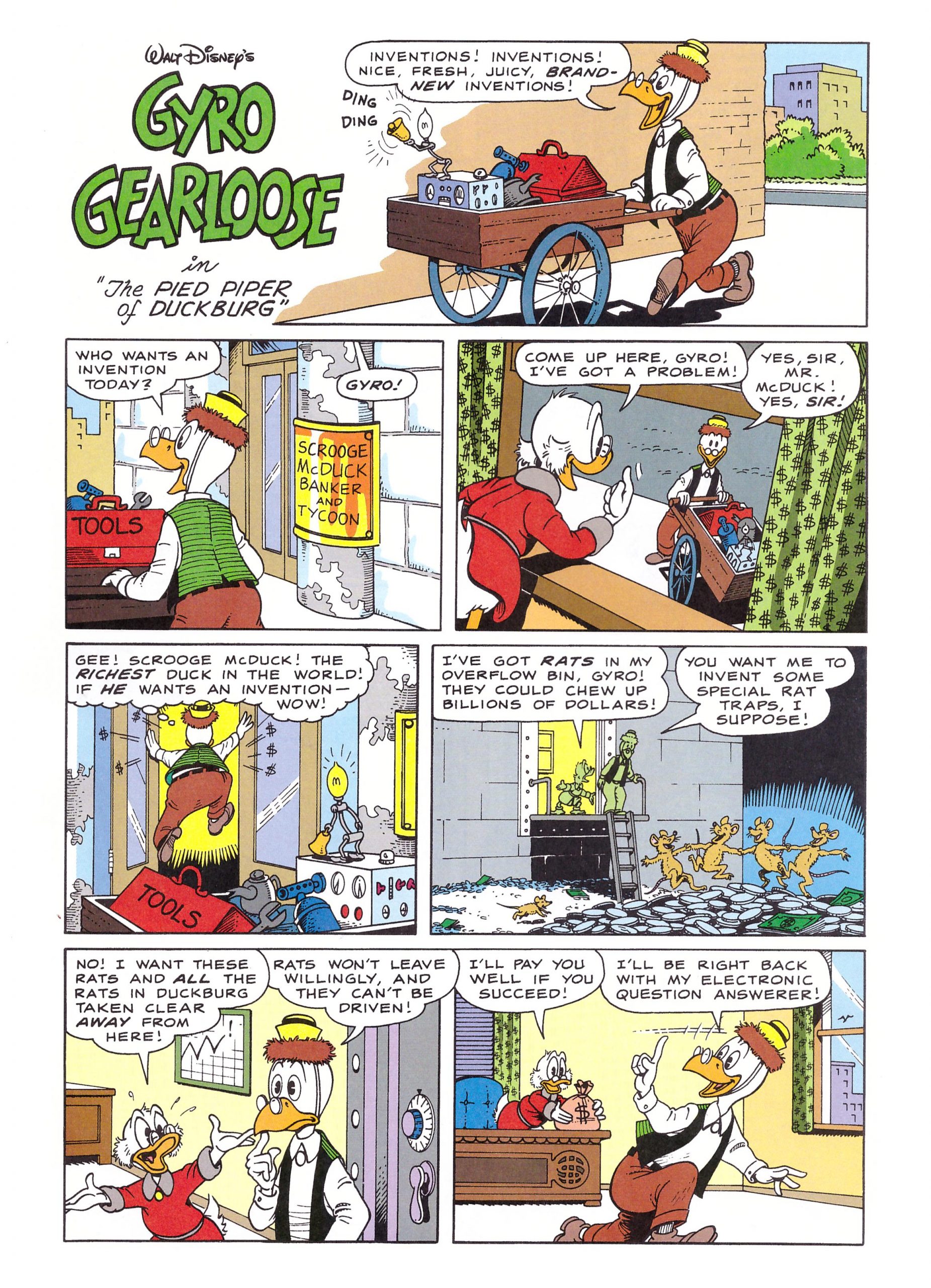 Carl Barks has a global reputation for quality and invention, yet it’s almost entirely founded on his duck stories. True enough, his Gyro Gearloose work began when the Uncle Scrooge comic required an additional feature to ensure subscription copies qualified for second class postage rates, but the conceptual density of these four page stories is breathtaking. Who else would come up with the idea that a wishing well could be invented, or a door knob hatched? The duck stories show Barks has a fondness for the absurd, and the Gyro Gearloose stories are where he gives it free rein.

The title reveals everything. Gyro is an extraordinarily gifted inventor and engineer who visualises a technical solution to any problem. The joke is frequently his capacity for over-thinking, exemplified in a strip featuring the inordinately complex device he constructs for catching fireflies. Yet Barks isn’t content just to produce smart lead stories. He’ll often devise a separate set of circumstances for Gyro’s lightbulb-headed little helper, who may be silent, but is far more grounded than Gryo.

Two stories extend beyond four pages, the first only to six, originally produced for a Disney special. Barks’ stories always show a belief in the rewards of working hard, so it’s no wonder the idle Gus Goose was a character he barely used, but here he’s needed to illustrate a point as he accompanies Gyro on a journey to another planet populated by others who take Gus’ attitude to an extreme. They sit under trees and wait for apples to drop into their hands, and only drink when they open their mouths during rainfall. An appalled Gyro introduces the concept of industriousness, and the race prove inventing naturals, much to Gus’ disappointment.

The sample art is from the final story, a unique combination of the USA’s two great duck storytellers, Don Rosa inking the first three pages of a story Barks discarded, and drawing the remainder. It was fully scripted at eight pages, which is the length Barks used for stories in Gyro’s solo comics, the first of them reprinted in the following volume. Years later Barks revealed he stopped work on concluding his page rate didn’t compensate for drawing all the rats needed over and over again, although he was canny enough to use the central premise, perhaps to lesser effect, in a story in Gyro Gearloose 3. Scrooge is concerned about the number of rats in Duckburg, and Gyro’s solution is to invent a cheese so strong it will draw them away from the city. It’s a delight, showcasing both Gyro’s inventiveness and the air-headedness that results in his ignoring one crucial detail. Rosa’s sense of visual comedy is acute, and we should be grateful it was rescued from the discard file.

Most stories are also found in the hardback Uncle Scrooge collection Twenty-Four Carat Moon, with the Gus Goose and Don Rosa tales carried over to the following Island in the Sky.